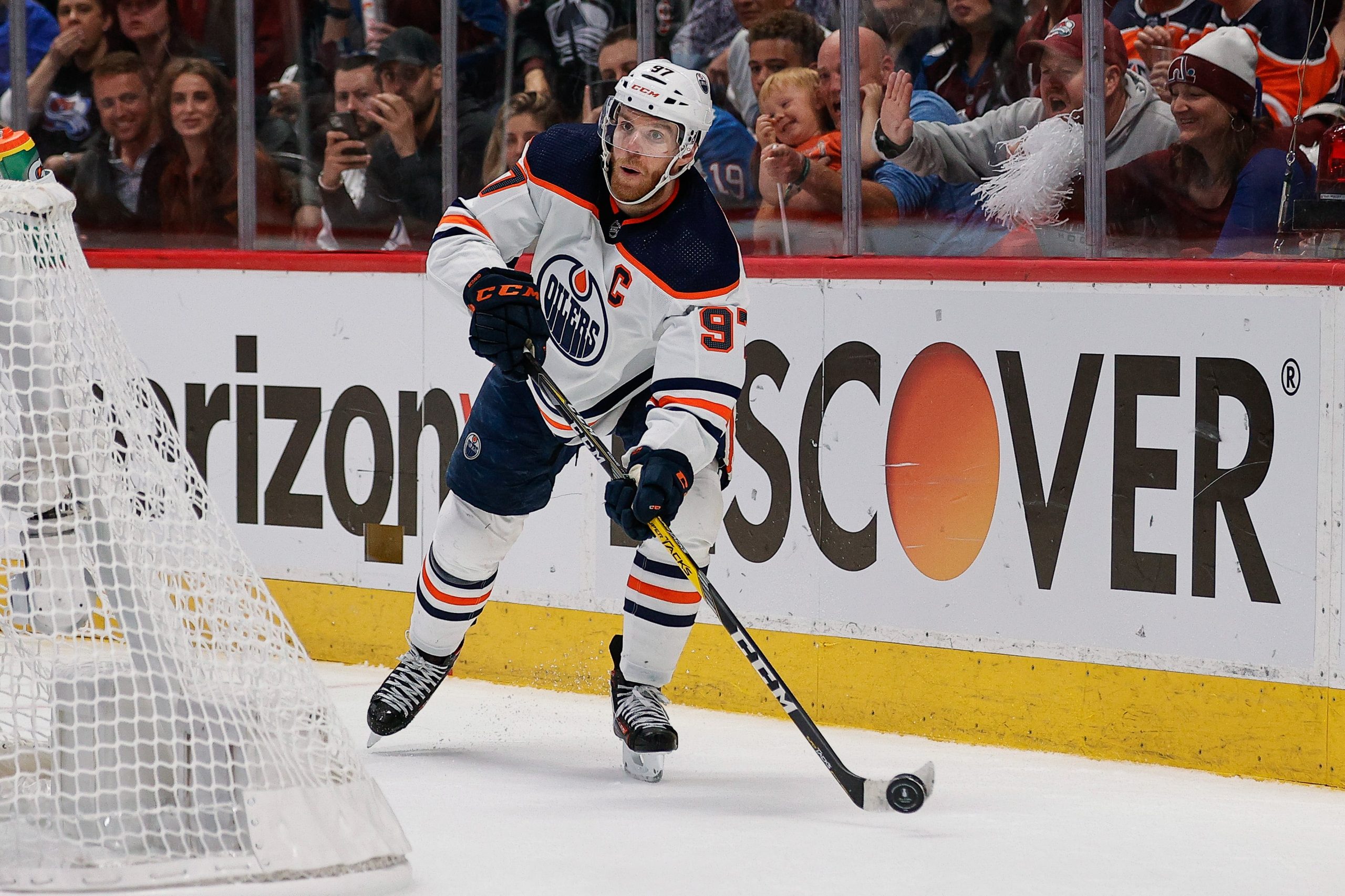 The Western Conference finals was set to be one of the most exciting series in quite some time, and that is exactly what fans received. With so much superstar talent on the ice, it is nearly impossible for there not to be fireworks in every game of this series. That can also make it difficult to narrow in on which prop for which skater each night. However, that’s why we’re here, so let’s dive into Game 2. Along with our player props, be sure to check out all of our NHL analysis.

Goals were expected in the series between the Oilers and Avalanche, and Game 1 more than delivered. With 14 total goals and both goaltenders not finishing the game, Game 2 should be no different. That means more opportunities for Connor McDavid to continue adding to his ridiculous point total. If there were any doubters thinking he wouldn’t keep up his current pace, he quickly silenced them.

McDavid yet again recorded multiple points in Game 1, which he has now done in 11 of 13 postseason games. The all-world skater is on pace to break some unimaginable records, as he now has 29 points in these playoffs. His consistency is something that should be expected at this point, as he recorded multiple points in 45 games during the regular season. For some perspective, that is over half of the games played in a season, and 8 more than the next highest skater.

Just when it feels like there is no way he can continue to put up these performances, he finds another way to show off his dangles at top speeds. If he wasn’t dangerous enough, the Avalanche are now having concerns with both goaltending health and performance. Regardless, McDavid is matchup-proof and should continue to amaze on Thursday night.