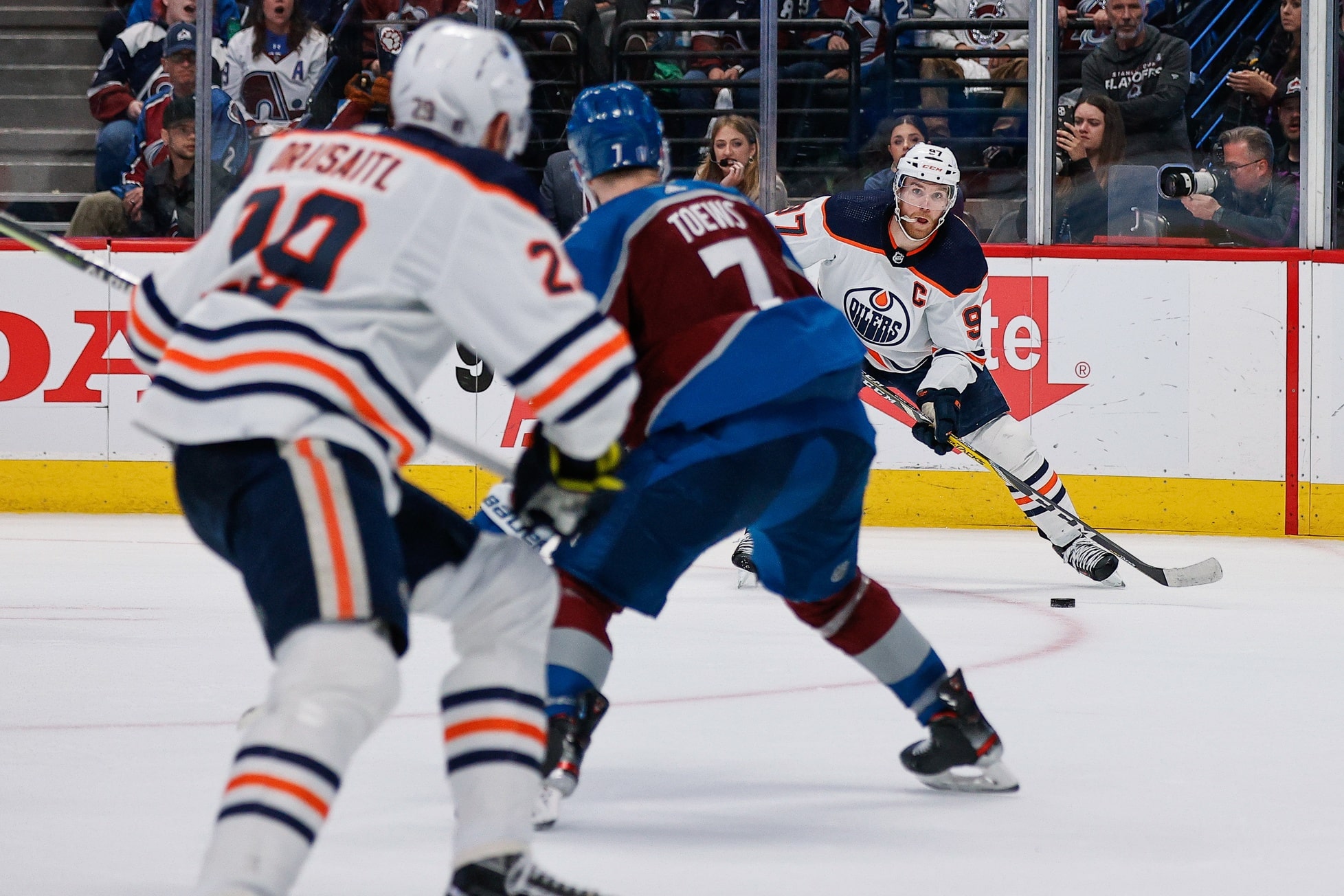 Let the debates between Connor McDavid and Nathan MacKinnon begin. The 2 superstars were able to put their all-world talent on display in Game 1. With 14 total goals, the series got off to the start that most fans hoped for and expected. With goaltending issues on each side, focusing on the side can cause some hesitation. However, there are plenty of other ways to attack Game 2. Along with this same game parlay, be sure to check out all of our NHL analysis.

Let’s take a closer look at each leg of our same game parlay:

In a game that ended with 14 goals, it is nothing short of shocking that Draisaitl was not one of those goal-scorers. For full transparency, he burned us in the last same game parlay as the only leg that did not cash. However, he should still be trusted. There were 13 different goalscorers in Game 1, and you can be sure that Draisaitl recognizes that he was not one of them.

It’s not as if he isn’t taking his chances either. He still recorded 4 shots on goal in Game 1, and he can be trusted for multiple reasons. First and foremost, he is the one who recorded the most goals out of anyone in this series during the season. With 55 goals, he was behind only the league leader Auston Matthews. That is what makes him being one of the few held goalless so shocking, but that should not happen again. Colorado’s starting goaltender Darcy Kuemper left Game 1 due to injury. The Avalanche already lack elite goaltending to begin with, and backup Pavel Francouz leaves a lot to be desired. Even if Kuemper is able to go, he also suffered an eye injury in the last series against the Blues. With Draisaitl’s incredible goalscoring ability and the Avs’ goaltending situation, expect the German to end his drought.

Draisaitl’s goal should also help contribute towards this leg of our same game parlay as well. He should be out to prove that he should have been 1 of those goalscorers in Game 1, and come out peppering the net with shots. Of course, it will take more than just him, but these teams certainly proved they can get off to a fast start. Tuesday night’s 1st period ended with 5 goals, and we’re only needing 3 for this prop. Even if the controversial offside call on Cale Makar’s goal had been upheld, there still would have been more scoring than necessary in Game 1. With neither goaltender finishing Game 1, they could be in for some shaky starts.

Per usual, all of our legs will correlate, and a thrilling 1st-period start should easily transition into a high game total. With 3 or more goals in the 1st period alone, it would only be logical to foresee 8 or more goals by the end of the night. After seeing just how talented both teams are in Game 1, this should be one of the most high-scoring series in playoff history. There have been 14 goals after just 1 game, and may be 30 by the end of Game 2. Connor McDavid and Leon Draisaitl are on pace for 50 points in the postseason alone, and the Avs easily eclipsed their 4.15 goals per game on home ice. Neither team entered these playoffs with elite goaltending, and it should be exposed throughout these Western Conference finals.

Make sure you also lock in our best player prop for tonight’s Oilers vs Avs Game 2!