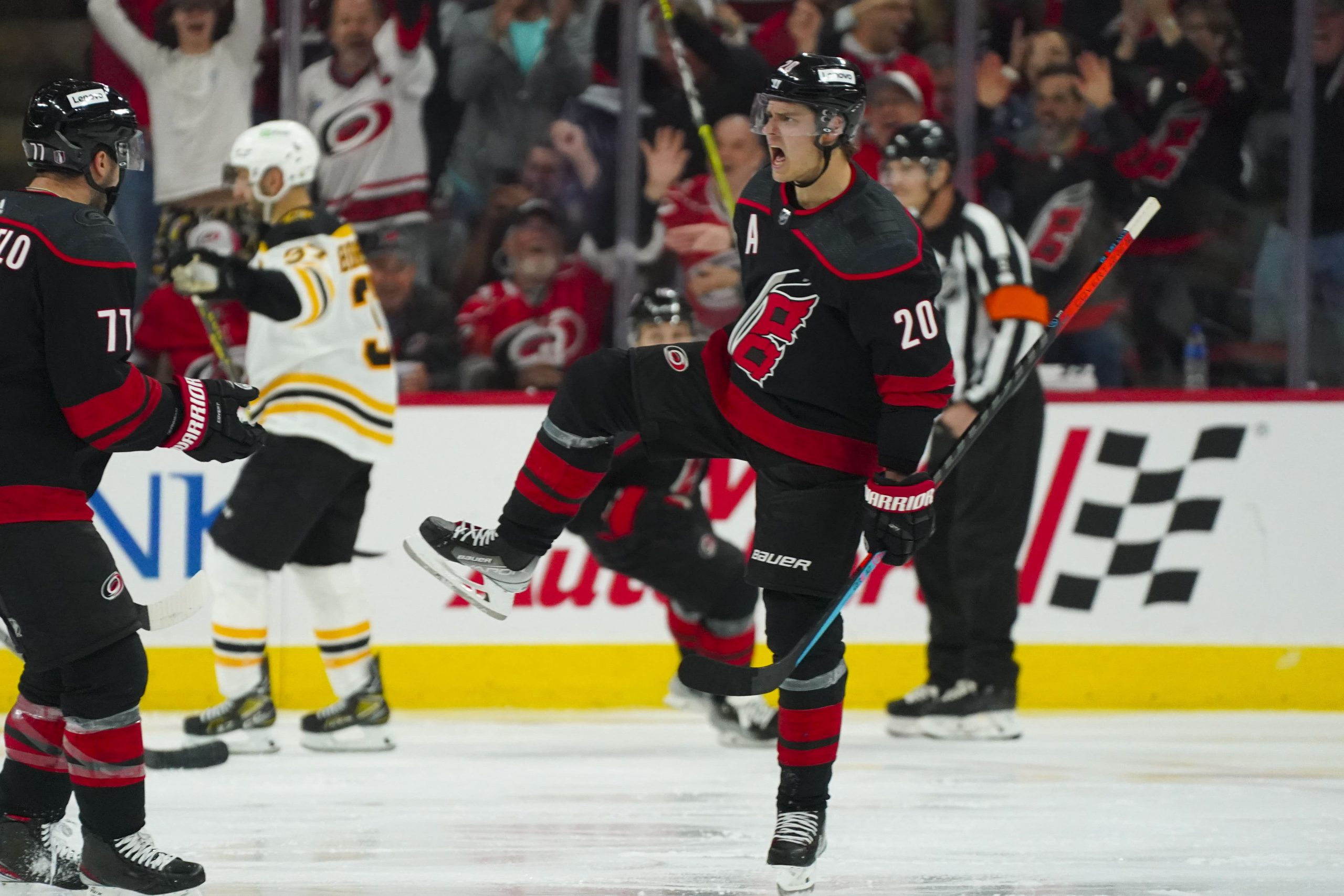 Tuesday kicked off the 2nd round of the playoffs, and Wednesday provides the start of the other 2 series. After the Rangers and Hurricanes were both pushed to a Game 7, another close series is expected between them. As for the Western Conference, it’ll be the battle of Alberta with Edmonton heading to Calgary. Let’s take a look at some skaters for both of the home teams. Along with our player props, be sure to check out our full game previews for tonight’s matchups.

The Hurricanes host their Metro division-rival Rangers to begin their 2nd-round series. Carolina was absolutely dominant on home ice in the 1st round against the Bruins and should continue that against New York. It may seem strange to target Sebastian Aho rather than fellow Hurricane Andrei Svechnikov for this prop after it was the latter that finished the season with more shots. However, it is actually Aho who has the history of higher shot totals, and has proven that this postseason. Aho averaged just under 3 shots per game last season and was over that number in the 2 seasons prior.

Most importantly, Aho was great at cashing this prop on home ice throughout the 1st round. He had at least 3 shots on goal in all 4 of Carolina’s home games, and that was against the Bruins who allowed the 3rd-fewest shots per game this season. The Rangers ended the season allowing the 11th-fewest shots per game; however, that average dramatically improved the last month of the season. New York actually spent the majority of the season in the bottom-10 in terms of shots allowed per game. Aho proved that in the 2nd-to-last game of the season, where he put 5 shots on goal against the Rangers. Just as the team has been dominating on home ice, Aho should do the same on Wednesday night.

With the Stanley Cup Playoffs being whittled down to just 4 series and only 2 games per night, there will be times where certain skaters make multiple appearances for valuable player props. Don’t be surprised to see a skater such as Johnny Gaudreau or Connor McDavid be targeted again before the season ends, given how reliable they have been. However, let’s focus on a lesser-known, but extremely productive, skater in Elias Lindholm.

Lindholm was the 3rd piece to the Gaudreau and Matthew Tkachuk trio that led the league as the top 3 point-differential skaters. When they’re on the ice, the Flames are great. He finished the season with 82 points in 82 games and was even more efficient than Tkachuk. As well-known as Gaudreau has become, Lindholm finished with more goals than him with 42. He finished the year with 235 shots, proving he is not shy about taking his chances.

Most importantly, Lindholm specifically performed well against the Oilers this season. In their most recent game against Edmonton, he found the back of the net twice and did so one other time earlier in the season. With Game 1 being in Calgary, he has an even better chance with the Flames’ 5th-best goal-scoring at home at 3.78 per game. We only need 1 from Lindholm tonight, and he has a great chance of delivering.