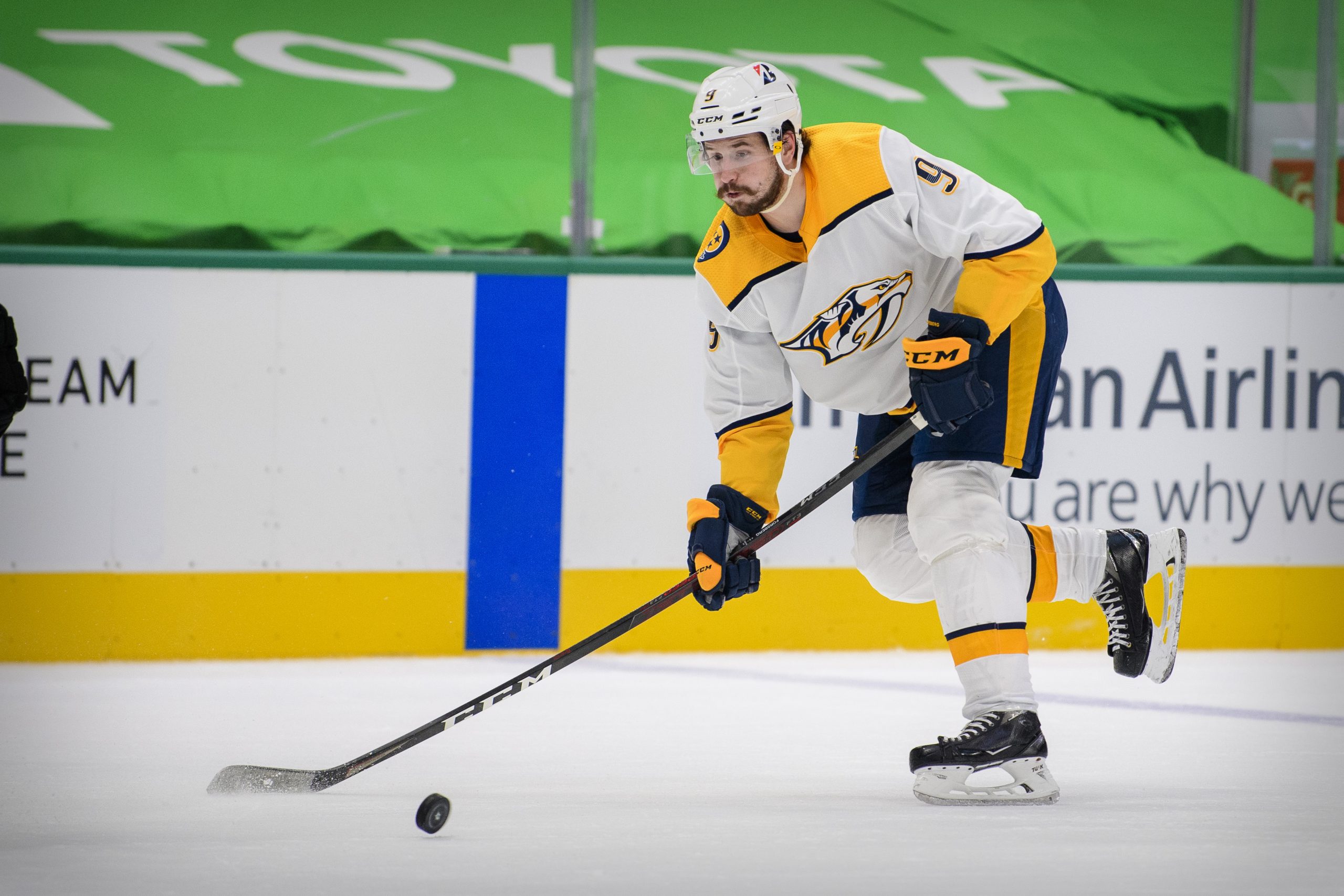 After an eight-game slate on Thursday, we tone it down just a little with five games scheduled for Friday night. The action starts at 7:00 p.m. ET. Among the teams playing tonight are the Boston Bruins, Nashville Predators, and Vegas Golden Knights. Here we are going to focus on the player props and will be looking for guys to step up for their teams. Make sure you also check out our picks on the side and total for every game as well.

The other night we went with a David Pastrnak point prop, which easily cashed for us. He had a total of four points in that game against Philadelphia, which included a hat trick and the game winning assist. Considering the Bruins are playing the exact same Flyers team on Friday, we are going right back to Pastrnak to continue his red-hot return from injury. This time however, we are going to focus on the goal prop. It is always a scary play when you need one person in particular to score, but Pastrnak has showed no rust since the return from his injury. Now in just three games back, Pastrnak has scored five goals. Obviously, we only have a small sample size, but this Bruins’ offense has already relied on Pastrnak enough that I believe he will find the back of the net.

Be sure to check out our full game preview for Boston Bruins vs. Philadelphia Flyers.

The Nashville Predators are 5-5 to start the season and will take on the Florida Panthers on Friday. The Preds just beat this Panthers team 6-5 on Thursday, and while we are expecting a bounce back from Florida, there is one player for Nashville that we like to make an impact.

That being Filip Forsberg. He had a five-point game on Thursday, which included three assists and two goals. Also, note that one of his goals proved to be the game winner in overtime. Forsberg now has 11 points on the season, leading his team in this category. He has five assists and six goals as well, also leading his team in these two categories. For Nashville to have a chance, Forsberg is likely going to be involved in some way. Because this point-prop sits at just 0.5, we like the over here and will look for the Preds’ best player to contribute.

After three consecutive postponements, we are back on the Vegas Golden Knights. They host the Los Angeles Kings on Friday, which should gives us plenty of opportunities to back a player from this team. As usual, we will once again look to Mark Stone to pull through for us. Stone has 11 points on the season, which leads his team in this category. More importantly, Stone has nine assists on the year, which just so happens to lead his team as well. In Vegas’ last game (January 26th), Stone had three assists, so we like him to immediately make an impact when they return to the ice on Friday. There is always the chance that the Golden Knights will be rusty, but we still like Stone to find at least one assist at this price.