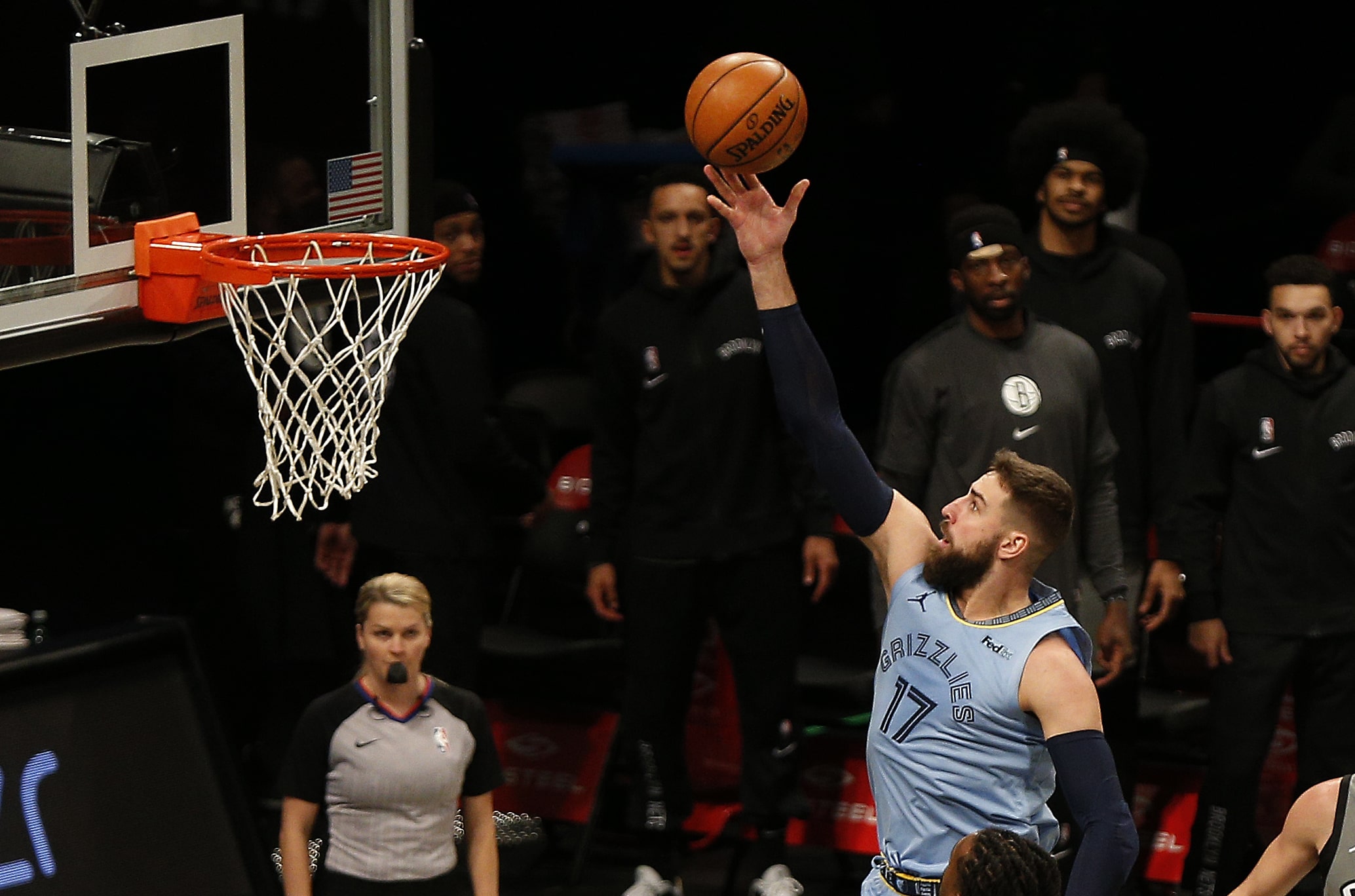 With the NFL now officially over for the year, we can fully focus in on basketball and luckily the NBA is back with a strong eight-game slate tonight. The defending champion Lakers are in action tonight whilst we also get to be treated to a mega matchup between the Greek Freak and the Joker — Giannis Antetokounmpo vs. Nikola Jokic. Be sure to check out our picks on the side and total for each of those matchups.

In the meantime, here are our four best player props to look out for tonight.

Jonas Valanciunas made his return to action last night for the Grizzlies after dealing with COVID and his impact was instantaneous. Valanciunas managed to score 23 points in just 24 minutes against the Pelicans and provided Memphis with a much-needed boost on the interior. He showed little signs of rust as he made nine of his 11 attempts and reports suggest he may be ready to play bigger minutes tonight against the Raptors.

Toronto has recently given up several 20+ point scoring nights to the likes of Nikola Vucevic and Clint Capela and the same is possible tonight. Aron Baynes is a physical body, but he could struggle handling the Ja Morant and Valanciunas pick and roll. Chris Boucher, on the other hand, is simply too skinny to cause him trouble here. Back him to hit the over.

Be sure to check out our full game preview for Toronto Raptors vs. Memphis Grizzlies.

The fourth overall pick from last year’s draft is really starting to string together consistent performances for the Bulls. Patrick Williams has now had five straight games scoring at least double digits, including a 20-point performance against the Magic a few nights ago. He has also been able to up his rebounding, recording seven or more in his last three games, including his first double-double in his last outing.

With the Wizards still being by far the worst defensive team in the league, it is hard to imagine a sudden drop off in scoring for the rookie tonight. With Lauri Markkanen and Otto Porter Jr. missing for the Bulls, he should maintain a large role in the rotation tonight that allows him to get his shots up. The over is a good value bet here.

Be sure to check out our full game preview for Washington Wizards vs. Chicago Bulls.

DeMar DeRozan is the leading scorer for the Spurs this season and has been in fine form over the last few games, managing to score 30 points in three of his last five. With LaMarcus Aldridge having missed the last few games there have been more shots to go around and DeRozan seems to have taken full advantage. He has been very effective getting to the line, having double-digit free-throw attempts in each of his last two.

His opponents tonight have had their defensive struggles this season. The Warriors are 24th in the league in opponent points per game, allowing teams to score 114 per contest. They have also allowed big scoring games for opposing forwards of late with Malik Beasley, Jayson Tatum, and Luka Doncic all managing 25 or more points against them. With the Warriors fouling more than any other team in the NBA, expect DeRozan to take full advantage and deliver a big offensive performance night.

Be sure to check out our full game preview for Golden State Warriors vs. San Antonio Spurs.

DeMar in the clutch for the lead and a 30 piece

Much has been said on Luka Doncic and his ability to make shots from deep his season. Some have tried to argue that he is not a great shooter, pointing to the fact that he is shooting just 31.7 percent from range this season. Doncic, however, is unaffected by this as his continues to fire away, trying seven shots per game. If the last game is anything to go by, he could be getting hot.

Against the Warriors he was able to knock down seven of his 12 shots from deep, and he has now made three or more three-pointers in three of his last five games. Considering his success in the last game, I expect him to come out firing here against a Timberwolves team that is fairly average at defending the three-point line. Ride Doncic’s hot hand here and back the over.

Be sure to check out our full game preview for Minnesota Timberwolves vs. Dallas Mavericks.