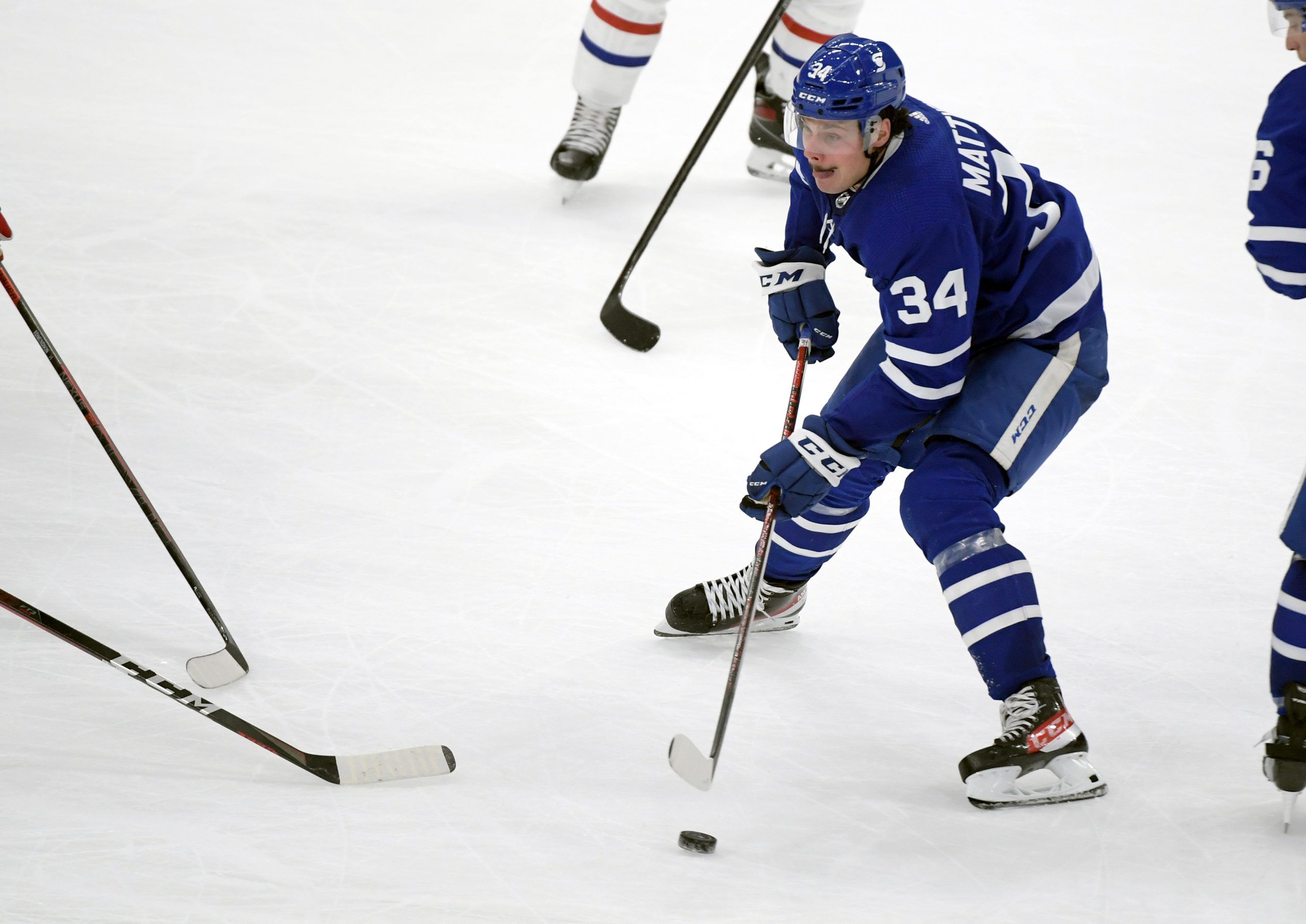 Matthew has been with Pickswise for a while now, covering a wide variety of sports. His main passions are college football and UFC, and those are the sports he has covered the most. Matthew uses a variety of methods to handicap games, including stats, trends, injuries, and situational factors. His goal is to consistently give out winners and will put in the research to try and achieve this.
@Sixfigurematt
Updated: 14:16 PM ET April 12, 2021

We’ve got an eight-game slate for Monday’s NHL card, and that means there are plenty of opportunities for value. Right now, we’re going to be focusing on player props, bringing you a few of our favorite props. Before you bet these, make sure you also check out our picks on the side and total for every game.

It is safe to say that Toronto is emerging as one of the hottest teams in the NHL. They have won nine of their last 10 games with their only loss coming in overtime so they still picked up a point. Auston Matthews is red-hot right now, which is the main reason why we are going to expect him to score some points tonight. Of course, Matthews is leading the NHL with 31 goals, but he also has 21 assists. He has 10 points in the last four games alone, and has had two or more points in all four of these games. In five games against the Canadiens, Matthews has had nine points, therefore we are comfortable backing him to have at least one here and more than likely two or more.

This is a play we have looked to recently and one that has worked out well for us. That being David Perron to have shots on goal. The Blues are not that great of a team this season, however Perron is certainly one of their best players. He is leading the Blues with 40 points, highlighted by 27 assists. He actually leads the Blues with 117 shots on goal and is averaging 2.85 shots on goal per game. He has cashed this prop in four of the last five games, which includes a game against Minnesota. Considering we like the Blues to pull off the small upset, we like Perron to have at least three shots on goal to trouble the Wild goalie.

Be sure to check out our full game preview for St. Louis Blues vs. Minnesota Wild.

We are going back to the Colorado Avalanche for a second consecutive game. However, this time we will be looking at a shots on goal prop and will be backing their best player. That being Nathan MacKinnon, who leads the team with 157 shots on goal. He is averaging about 4.2 shots per game and just had seven shots on goal in their game last night. In six games against the Coyotes this season, MacKinnon is averaging 5.3 shots on goal per game, so at plus money, we like him to do the same here.

Be sure to check out our full game preview for Arizona Coyotes vs. Colorado Avalanche.