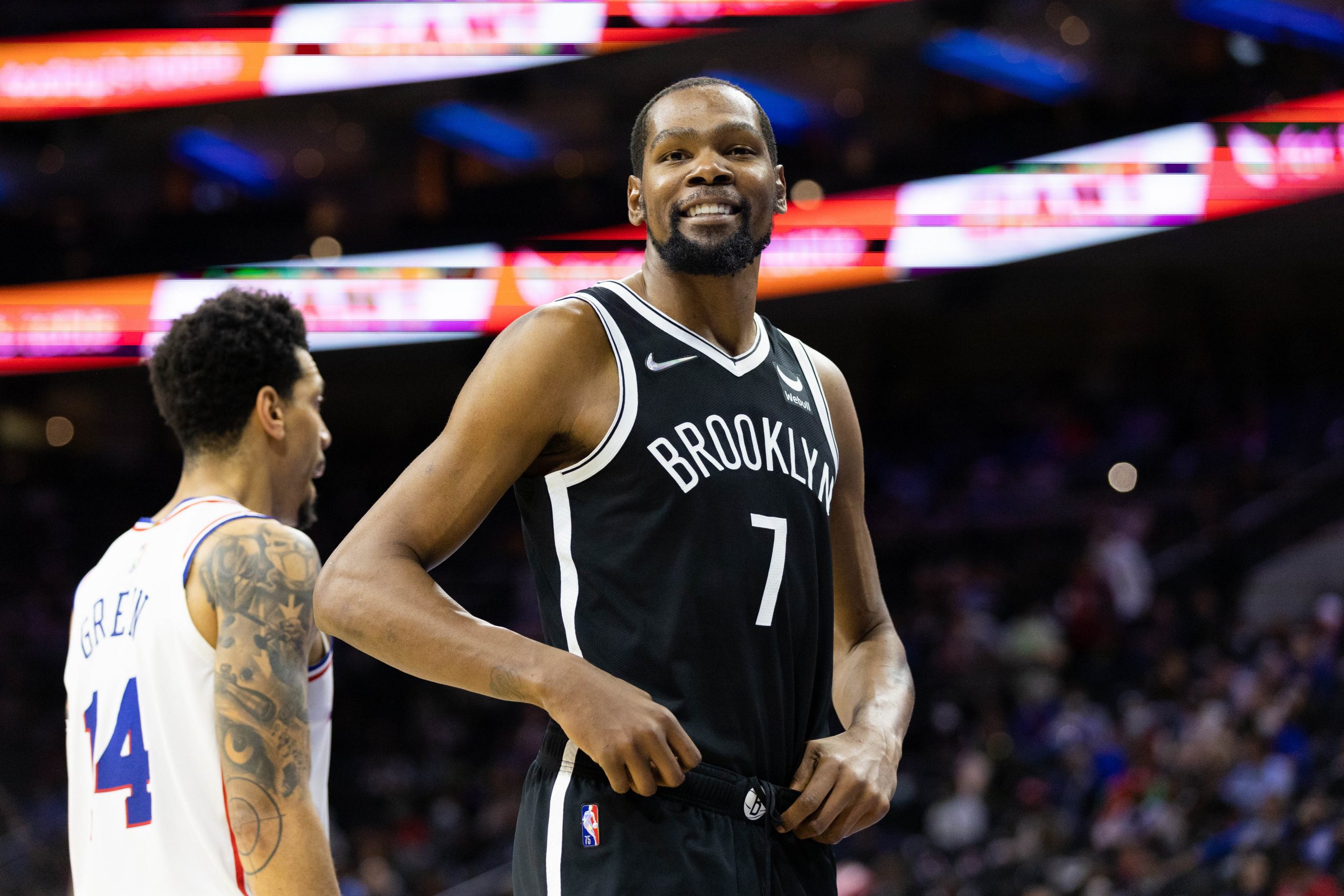 The NBA is back with a bang tonight as the regular season finally tips off. On the opening night slate, we have two great matchups with all four teams in action being touted as title contenders this season. First up we will see the Brooklyn Nets looking to avenge their Eastern Conference semi-final loss to the Milwaukee Bucks. Later, Stephen Curry and the Golden State Warriors will get the first crack at the new-look Los Angeles Lakers, who will be looking to incorporate former MVP Russell Westbrook into their star-studded roster. You can find our full game previews here, but for now, let’s take a look at my first player prop picks of the season.

Whilst the Milwaukee Bucks will be experiencing a night of jubilation, seeing their banner raised and receiving their rings, the Nets will be out for revenge. Durant was phenomenal in the playoffs against the Bucks last season, averaging 35.4 points per game. That was while going against one of the top defenders in the league in P.J. Tucker, who has since moved to the Miami Heat. The Bucks have not picked up a similar defensive stopper that could cause Durant any sort of trouble. There is also the factor of Kyrie Irving being unavailable, so expect James Harden to pick up the playmaking burden and Durant to shoulder more of the scoring responsibilities. With an easier defensive matchup, against a team that knocked them off last year, look for Durant to be locked in from the get-go and get close to his playoff average last season.

The Bucks have several new additions on the wing but with just a handful of preseason games under their belt, it could be down to the returning players to carry a larger load to start the year off. Khris Middleton was locked in from deep against the Nets in the playoffs last year, hitting at least 3 shots from deep in 5 of the 7 games. He did not attempt fewer than 5 threes in any of those games, and considering he shot at a 41.4 percent clip from deep last year, he seems primed to have a strong scoring start to his season here.

The Golden State Warriors function best when Draymond Green is the primary playmaker on this squad. That was evident at the end of last season as the Warriors finished with 7 wins from their last 8 games, with Green recording 8 or more assists in each contest. Look for him to come out with a similar mentality to start off this year, especially against a Lakers team that may be suspect to Golden State’s small-ball lineup. The Lakers have a lot of new faces on their roster, which should inevitably lead to defensive breakdowns at the start of the season. With Greens vision, and Steph Curry’s non-stop movement off the ball, the Warriors duo should be able to force these errors, and Green could rack up the assists.

Kent Bazemore is likely to draw the start against the Warriors on opening night, but that may not do much for his point production. With superstars LeBron James, Anthony Davis and Russell Westbrook all on the court together, touches may be at a premium for the Lakers’ newest addition. With DeAndre Jordan and Dwight Howard providing efficient options in the paint, and Carmelo Anthony likely joining the lineup in crunch time, it’s hard to see him get more than 6 shot attempts here. He only averaged 5.9 shots per game last year with the Warriors, and with the number of mouths to feed on this offense, that’s unlikely to take a drastic jump for him this season. Back the under on him here.