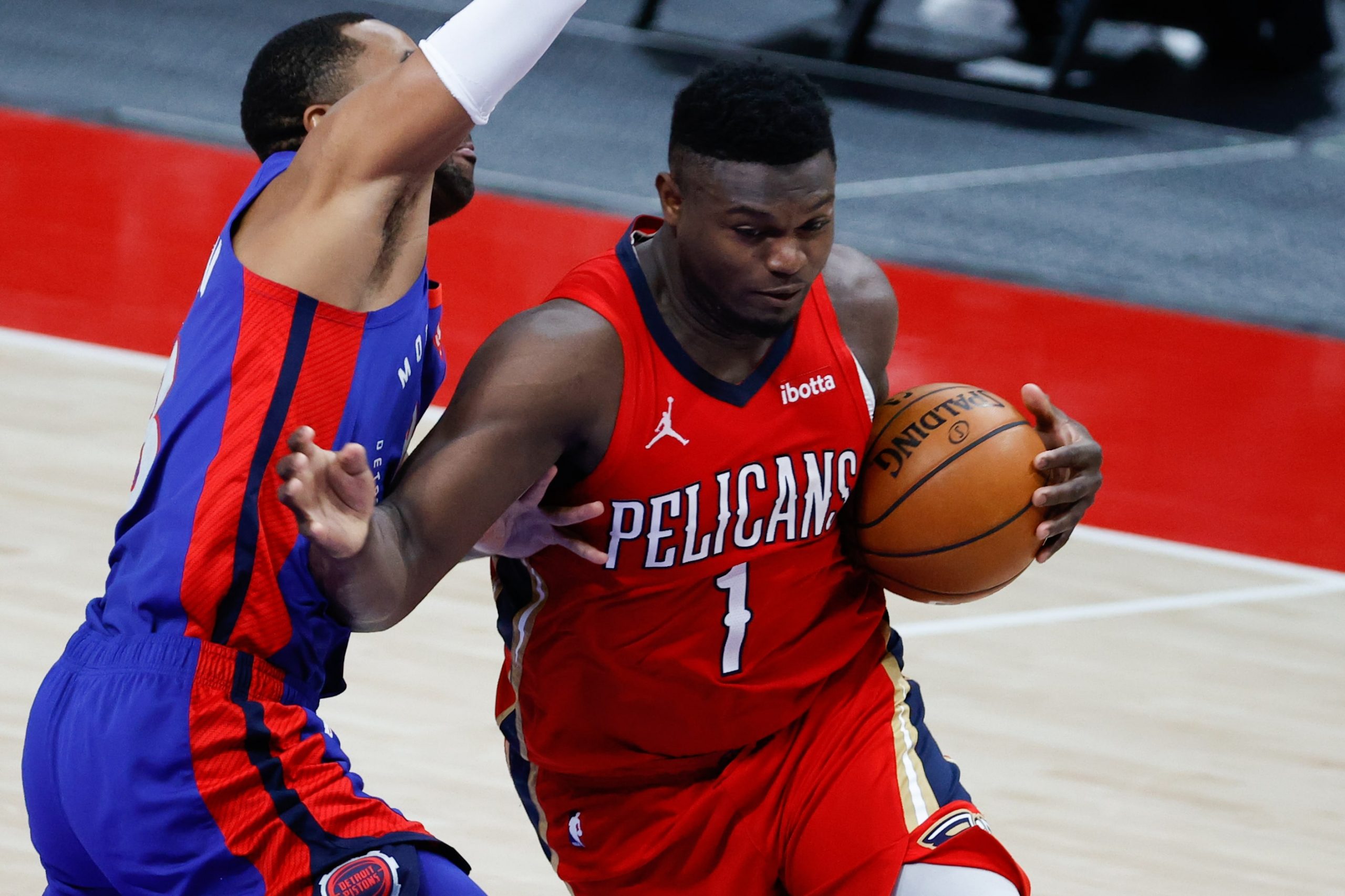 After a promising Pickswise debut for Pipstarz yesterday, the NBA returns with a seven-game slate and a chance for me to build on that success. There are a few very intriguing games tonight, highlighted by the matchup between James Harden and Luka Doncic. Both guys have MVP aspirations this season and both know how to run an offense, so expect a few jaw-dropping highlights from that one.

In the meantime, let’s take a look at my selection of the best player prop picks for tonight’s action.

Williamson has been dominant lately, having been able to surpass the 30 point mark in four of his last six games. He is shooting an incredible 65 percent from the field in February. He put up 26 shots in his last game against the Bucks, which shows how aggressive he has been. If Williamson gets anywhere close to that many attempts tonight, this should clear easily.

Over the last 10 games the Spurs are ranked 20th in the league in opponent points in the paint which should work directly in Williamson’s favor. Keldon Johnson has been ruled out for the game and he was arguably the one player that could cause him issues with his energy and activity. Jacob Poetl and Trey Lyles will have a long night on their hands, and Williamson should be able to exploit them both.

Be sure to check out our full game preview for New Orleans Pelicans vs. San Antonio Spurs.

Gilgeous-Alexander has been excellent scoring the ball, and is averaging 31 points over the last week. If he is able to continue that level of play tonight, this line looks to be terrific value. In the month of February he is shooting an incredible 51 percent from three and is making nearly three per game. With his scoring proficiency lately, don’t be surprised to see him score 28 or 30 in this one.

The Nuggets have also been allowing opposing guards to really put-up high assists numbers. In their last three games, Russell Westbrook managed 10, Damian Lillard recorded 13, and Trae Young dished out 15 assists. With that in mind and the fact that SGA averages five rebounds on the season, those numbers provide a good insurance if he happens to struggle scoring the ball. Back the over.

Be sure to check out our full game preview for Denver Nuggets vs. Oklahoma City Thunder.

This will be the third meeting between the Knicks and the Pacers so far this season and in each of the first two games Sabonis was able to record 13 rebounds. Since the injury to Mitchell Robinson, the Knicks have been allowing opposing big men to record very strong rebounding numbers. Karl-Anthony Towns, Nikola Vucevic, and Clint Capela have all managed to secure 15 or more boards against them since the middle of February. And although Sabonis managed just six rebounds against the Celtics last night, he had for straight double-figure rebounding games prior to that–including two 16-board efforts.

On top of that, he has been doing a great job playmaking lately. He has not recorded fewer than four assists in any of his last seven games and has been able to record seven or more assists four times over that stretch. Considering the level of success teams have had rebounding against the Knicks, four assists could very well be enough to clear the over. If he manages seven or eight, this bet should be a lock.

Be sure to check out our full game preview for Indiana Pacers vs. New York Knicks.

Harris has been absolutely locked in from deep lately and is now fully reaping the rewards of playing alongside two offensive superstars in Harden and Kyrie Irving . Harris has managed to surpass double-digit shot attempts in four of the six games that Kevin Durant has missed as Harris helps take on some of the scoring mantle. The majority of his shots are from deep, and the fact that he is shooting at an amazing 54 percent clip from deep in February gives this line great value.

The Mavericks have had trouble defending the deep ball lately, too, allowing teams to make just over 15 shots from deep per game over their last five. That ranks them 28th in the league over that stretch. Opponents are able to do so whilst shooting 38 percent, something a shooter like Harris will also look to exploit. He has managed four or more threes in four of his last five games, and look for that to continue tonight.

Be sure to check out our full game preview for Dallas Mavericks vs. Brooklyn Nets.