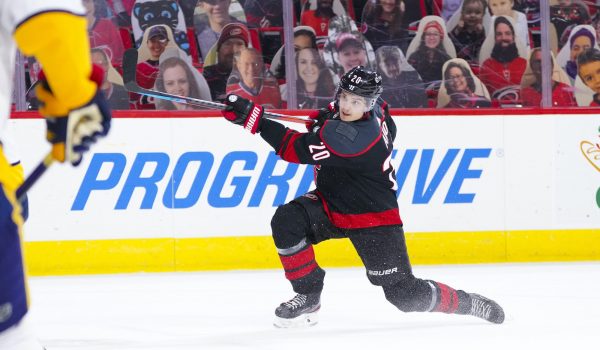 We’ve got a two-game slate for Saturday’s NHL card, but there are still plenty of opportunities to find some value. Right now, we’re going to be focusing on NHL player props, bringing you a few of our favorite props. Before you bet these, make sure you also check out our picks on the side and total for every game.

The Carolina Hurricanes got back in the series with a Game 3 win and now trail 2-1. The road team has won every game in this series so far and we are going to stick with Carolina today, at least in terms of a player prop. Here we are going to back the Hurricanes’ best player, Sebastian Aho. He had three points in Game 3 after being held scoreless for the first two games. Now he looks to have confidence that he can score on the rock-solid defense of Tampa Bay. Aho has a total of nine points in nine postseason games and is averaging one point per game. The price of this prop is high, but Aho is an offensive leader for the Hurricanes, and we believe he will be involved today.

Be sure to check out our full game preview for Carolina Hurricanes vs. Tampa Bay Lightning

The Boston Bruins reclaimed their series lead with a 2-1 win in New York in Game 3 and they are now looking to send the series back to Boston with a commanding 3-1 lead. One player we like in particular tonight is Brad Marchand. He has four points through the first three games, including two goals. However, the prop we will be attacking tonight is his shots-on-goal prop. He is averaging 4.33 shots on goal per game, easily surpassing this prop total in all three games so far. Because they have yet to adjust this line, we will be going to the over.