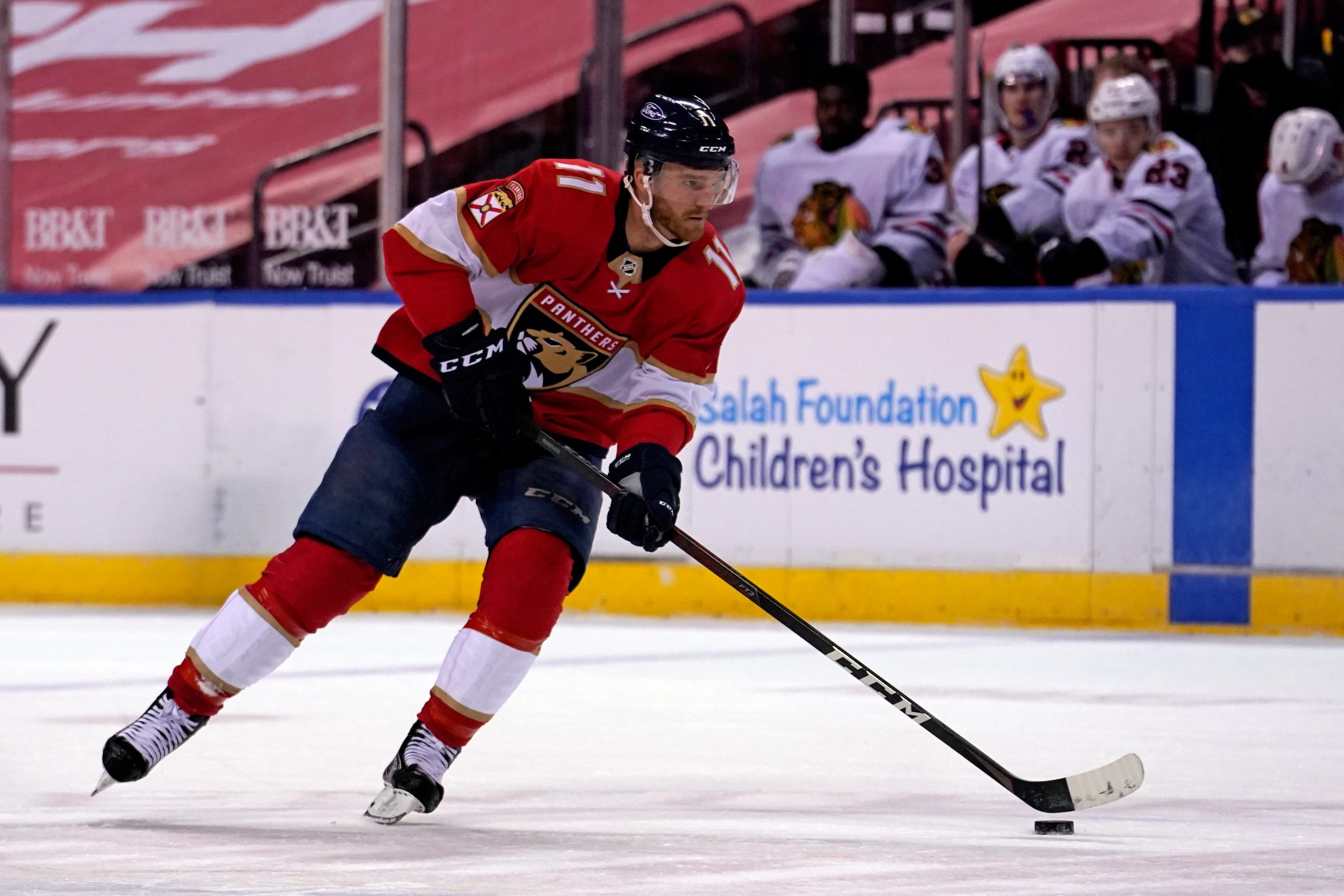 After a four-game slate on Friday, we are in store for 12-game schedule throughout Saturday. The action starts at 12:30 p.m. ET, however we are likely going to focus on the games this evening. Here we are going to focus on the player props and will be looking for guys to step up for their teams. Make sure you also check out our picks on the side and total for every game as well.

We have certainly called upon Jonathan Huberdeau before this season and we will look to do so again in a favorable matchup with the Detroit Red Wings. Florida beat Detroit 7-2 on Friday night and Huberdeau contributed two assists. While, the Panthers might not score seven goals again, we believe Huberdeau could find another assist. He is leading Florida in assists with 15 this season. He has had at least one assist in four of their last five games. Also, Florida has played Detroit three times this season and Huberdeau has managed to pick up four assists. The Red Wings are just so bad that I do not see them sharpening their defense, so backing Huberdeau to assist at least one goal will be our play.

Be sure to check out our full game preview for Florida Panthers vs. Detroit Red Wings.

The other night we backed Bryan Rust to have at least three shots on goal and he delivered with four against this same Islanders team. Because oddsmakers have not adjusted this line at all, we are going right back to him to do the same in the rematch. Rust now leads the Penguins with 59 shots on goal. In 15 games, this averages out to about 3.9 shots on goal per game. He also has had three or more shots on goal in 10 of Pittsburgh’s 15 games this season. Specifically against the Islanders, he has played three games, cashed this over three times and has averaged six shots on goal. Until he slows down with his shots, we are going to keep backing his overs.

With how good Auston Matthews is playing right now, it is hard not to back him to score in almost every game. He now has 16 goals on the season and is coming off another two goal performance against Ottawa and we only see him continuing his red hot streak on Saturday night. This is also an important game in the sense of the division, so look for Matthews to be extra sharp. It is true that Matthews has yet to score against this Montreal team in three games this season, but one of these meetings was the first game of the season and another Toronto only managed to score once. We expect tonight to be a different story and therefore, will back Matthews to score at plus money.