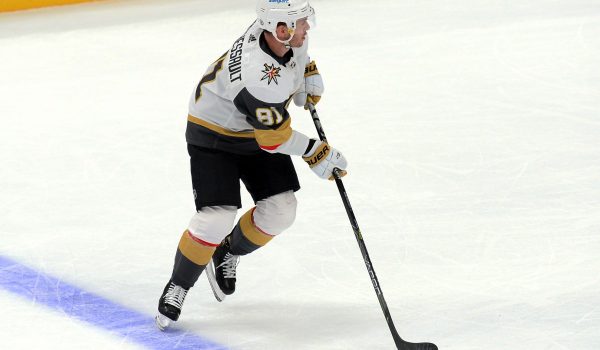 We’ve got a four-game slate for Saturday’s NHL card, but there are still plenty of opportunities to find some value. Right now, we’re going to be focusing on player props, bringing you a few of our favorite props. Before you bet these, make sure you also check out our picks on the side and total for every game

A once 1-0 series lead for the Islanders has quickly evaporated and they have lost back-to-back games. That makes tonight a must-win game for the Islanders. Here we are going to back Matthew Barzal to have shots on goal because it seems to be much too low of a total. He is only going to need three shots on goal, something he has done to Pittsburgh seven times this season (including the playoffs). Barzal has had fewer than two shots on goal against Pittsburgh three only times this year, so we believe there is a good chance he gets at least three tonight. He is averaging three shots on goal in the playoff games against the Penguins, so backing this prop will be our play.

Be sure to check out our full game preview for Pittsburgh Penguins vs. New York Islanders

It is clear that the Toronto Maple Leafs struggled in Game 1, managing only one goal. Their leader and top goalscorer in the NHL, Auston Matthews, did absolutely nothing and was held to zero points. He did, however, have eight shots on goal, which is where we will be looking tonight. Over 11 total games with the Canadiens this season, Matthews has cashed this prop in six of the games. At the same time, he has failed to record four shots on goal in only two of the games, so there is also a good chance he could push this prop. However, Toronto know they need to find some offensive firepower, so look for Matthews to rattle the Montreal goalie all night.

Jonathan Marchessault Over 3 Shots on Goal (-110)

Vegas took a 2-1 series lead with a rather dominant 5-2 win over Minnesota on Thursday night. Their offense is starting to heat back up after that Game 1 loss in which they failed to score and here we are going to once again back one of their top players, Jonathan Marchessault. We will need him to have shots on goal again. He cashed this prop for us the other night when he had six shots on goal and now is averaging 3.8 shots per game against the Wild. He has cashed this prop in seven of the 11 head-to-head games between the sides and will be the play until he decides to stop shooting.