Best player prop bets for Saturday's NHL slate: Oshie to give the Capitals a divisonal lead 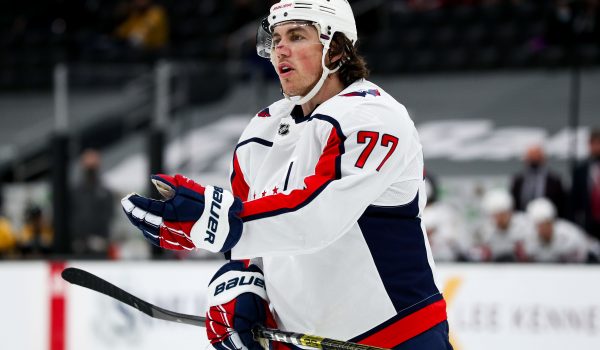 We’ve got a massive 15-game slate for Saturday’s NHL card, and that means there are plenty of opportunities for value. Right now, we’re going to be focusing on player props, bringing you a few of our favorite props. Before you bet these, make sure you also check out our picks on the side and total for every game.

The Washington Capitals are clinging to a lead in the East Division, but only because of the fact that they have a game in hand compared to Pittsburgh. Tonight they will face the Penguins for a second consecutive game and for the last time in the regular season. It goes without saying, but this is a crucial game for both teams. We do like Washington to rebound from their loss the other night, and will back T.J Oshie here to have some shots on goal. Oshie is third on the team with 97 shots on goal this year, but has increased his shot volume as of late. At least against the Penguins, Oshie just had four shots on goal in their most recent game. He now has cashed this prop three times in the seven games against Pittsburgh. It is also worth mentioning that he has a push in the other four games, so he has not failed to have at least two shots in any game against Pittsburgh this season. Alex Ovechkin is slowly making his return, which should help Oshie spread out and create more shots. Because of that, backing his over will be our play.

Be sure to check out our full game preview for Pittsburgh Penguins vs. Washington Capitals.

The Rangers are really in desperation mode now, trailing the Bruins by six points with only a handful of games left. They will be playing their rivals again, who have really had their number this season. So while we like the Islanders to ultimately win this game, we are going to back one of the better Rangers players to have a few shots on goal. That player being Mika Zibanejad, who we have gone to before plenty of times. Zibanejad has 147 shots on goal this season, which leads the team by a wide margin. He has cashed this prop in five of the seven games against the Islanders, so backing his over here will be our play.

Be sure to check out our full game preview for New York Rangers vs. New York Islanders.

The Arizona Coyotes actually managed to shut the Vegas Golden Knights out on Friday and will look to win back to back games to try an inch closer to the St. Louis Blues for the final playoff spot in the West Division. Last night we went with Nick Schmaltz to have shots on goal and he cashed it easily. Tonight we are going back to Schmaltz, but to have points instead. He has 32 points on the season and leads this team in assists. He has cashed this prop five times in the seven head to head games against Vegas. Schmaltz has seven points in total against the Golden Knights, therefore we like him to have a point here.