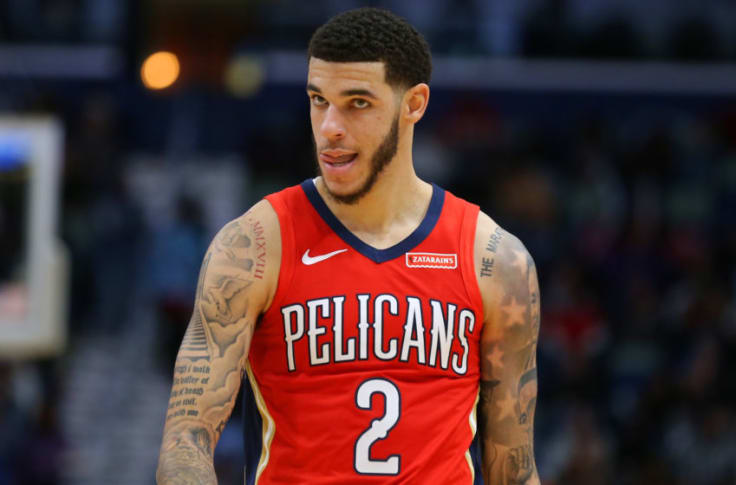 A wise man once wrote, “Sunday is the golden clasp that binds together the volume of the week”. Truer words have never been spoken as we embark on a glorious Sunday in the NBA, full of fun matchups and highlighted by a potential finals preview between the Nets and the Clippers. As far as props go, I’ve got my sights set on two of the premier young point guards in the league. Before we dive in, check out our full game previews with picks and analysis.

After finishing 1-1 on my Friday plays for Pickswise and going 3-1 last night on Twitter, I will look to end the week on a high note. Down below, I have laid out two prop bets that I’m playing, my analysis for each bet, and why I feel they are undervalued.

Feels good to at least get things pointed in the right direction. Although I’m never one to rest on my laurels. I’ll be in the lab all night. Appreciate you guys so much 👊🏻 ..#GamblingTwitter #NBATwitter #PropBets #NBABets pic.twitter.com/Hcqo1Skz8T

Going back to well with another Lonzo prop as the books continue to undervalue the talented combo guard. The former Bruin has gone over in seven of his last 10 performances. Another encouraging aspect is Lonzo has played at least 35 minutes over his last two games, compared to a mere 30-minute average in his previous eight. Unsurprisingly his uptick in playing time has resulted in two of his better statistical performances of the season which has seen him average 30.5 PRA.

The Celtics have struggled recently defending opposing point guards. Trae Young had two huge games back to back (45 and 51 PRA), in addition to Jamal Murray and Delon Wright eclipsing their season PRA averages. You have to go all the way back to January to find a game where an opposing guard failed to register at least 30 PRA.

In what should be a competitive game between two high-scoring offenses, there is plenty of reason for optimism that Lonzo finishes with another gaudy stat line. With Stan Van Gundy increasing Ball’s playing time and being rewarded to the tune of back-to-back 20-point performances, I like Lonzo to stay hot and I project him to finish with at least 26 PRA.

Be sure to check out our full game preview for Boston Celtics vs. New Orleans Pelicans.

Prior to a knee injury that resulted in a four-game absence, SGA was playing some of the best basketball of his young career. Having averaged 25 points over a 10-game stretch, Alexander eclipsed 23 points in seven of those games. Since returning to the lineup, he’s had a 22-point performance, followed by a 14-point game in a loss to the Bucks on Friday. The good news is that he declared his knee to be 100 percent.

SGA will face a Cavaliers team that has been getting absolutely destroyed by opposing guards, highlighted by a 50 point performance by Nuggets guard Jamal Murray in their last outing. In their two previous games, they surrendered 36 points to Steph Curry and 30 points to Lou Williams. Opposing teams are scoring a whopping 127.8 over their last five games, the most points allowed over that span.

With the Thunder ranking ninth overall in pace and the Cavs checking in at eighth over their last three games, there should be no shortage of field goal attempts for SGA. I project him to score 23+ points in what the oddsmakers are predicting will be a close game between two that have been struggling defensively.

Be sure to check out our full game preview for Oklahoma City Thunder vs. Cleveland Cavaliers.