HomeAnalysisNBA AnalysisBest player prop bets for Sunday's NBA slate: Luka Doncic to do it all

Best player prop bets for Sunday's NBA slate: Luka Doncic to do it all 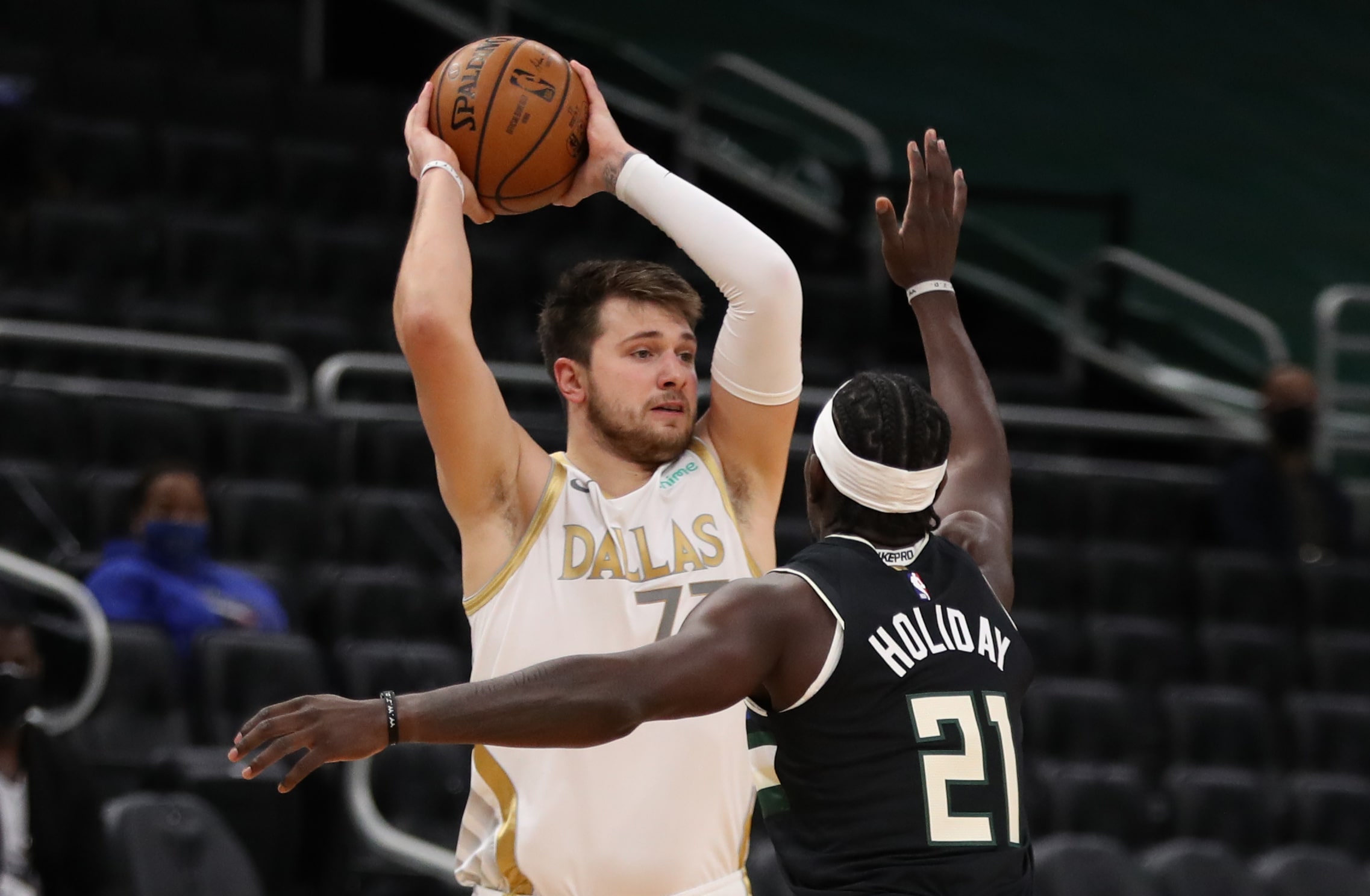 There are some early tip-off NBA games for us to enjoy today before the NFL continues with its playoffs divisional-round action later this afternoon. We managed to hit three of the four-player props yesterday, so let’s see if we can go one better today. Make sure you also check out our picks on the side and total for every game as well.

Luka Doncic to record a triple-double (+200)

Luka Doncic has been showing lately why he was picked by many to be this season’s MVP. Over the last seven days, he is averaging 31 points, 11 rebounds, and 11 assists. He has two triple-doubles in his last five games and was within one rebound or assist from recording one in the other three games. He will be coming up against a Bulls team that has the second-worst defense in the league, allowing opponents to get whatever they want without much resistance. With the game likely to be played at a higher pace, expect plenty of opportunities for Doncic to clean up on the glass or get his teammates easy scores in transition and off turnovers. I’m predicting a monster stat line from him tonight.

Be sure to check out our full game preview for Chicago Bulls vs. Dallas Mavericks.

With Joel Embiid missing tonight for the second straight game, Dwight Howard should once again get the start. Howard has been terrific rebounding the ball this season and is currently averaging 7.8 rebounds in just 18 minutes of action per night. He pulled down 18 rebounds in 34 minutes last night against the Memphis Grizzlies. He has now been able to record double-digit boards any time he plays over 24 minutes in a game. With Al Horford not available tonight, Howard will likely matchup with young Isaiah Roby, someone who he will have a clear strength advantage over. I am expecting Howard to be a menace on the offensive glass tonight and clear the over on this one.

Out of the 12 games that Nikola Jokic has appeared in this season, he has failed to record 10 or more assists on just three occasions, so this is simply playing the percentages. Rudy Gobert is a physical presence in the paint for the Jazz, so I expect Jokic to operate from the high post outwards, looking to get his teammates involved in the game. Jamal Murray had a fantastic playoff series when these two met in the bubble, and I would not be surprised if Jokic makes it a point of emphasis to get him going in this one. Jokic has 10 or more assists in three of the last four games, so expect more of the same tonight.

Be sure to check out our full game preview for Utah Jazz vs. Denver Nuggets.

Over the last seven games, Justin Holiday has been able to knock down multiple triples on six occasions. He is shooting threes at a near-45 percent clip on the season and is one of the main threats from deep on this Indiana Pacers team. With Victor Oladipo being traded to Houston, his replacement Caris LeVert being ruled out indefinitely, and T.J Warren still being out, expect Holiday to rack up plenty of minutes in this one and to get plenty of opportunities to shoot. The Clippers have several quality defenders, but their focus will likely be to slow down the in-form Malcolm Brogdon or Domantas Sabonis, creating more chances for Holiday. If he manages to get up four or five shots from deep then I would expect this to come in.

Be sure to check out our full game preview for Indiana Pacers vs. Los Angeles Clippers.