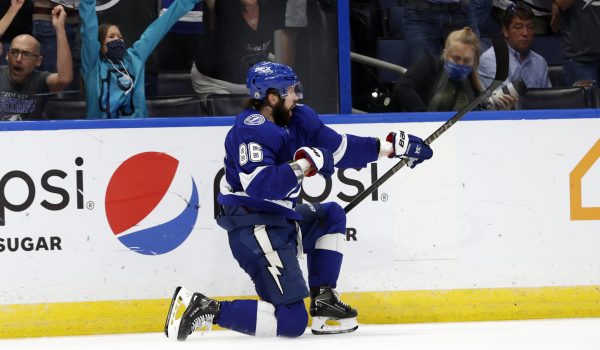 We have only a one-game slate for Sunday’s NHL, so we will be looking to find one player for each team that presents some value. Right now, we’re going to be focusing on NHL player props, bringing you a few of our favorite props. Before you bet these, make sure you also check out our picks on the side and total for every game.

The New York Islanders will be looking for the upset in Game 1 of the Eastern Conference Finals game and will need one of their top players to make an impact if they are going to beat Tampa Bay on the road. The Islanders had plenty of players contribute in their series with the Boston Bruins, but one guy we like in particular is Kyle Palmieri. He had six points in the series with Boston and recorded at least one point in five of the six games. The only game he did not score a point in was Game 1, so he has a bit of a point streak active at the moment. He appears to be a vital part of this Islanders attack, so backing him to have just one point at plus-money will be our play.

We are going with a bit of a chalky play for Game 1 of this Conference Finals as we will look to back the red-hot Nikita Kucherov. He has recorded 18 points though only 11 postseason games so far and we believe he will have a huge impact against the Islanders. Kucherov recorded six points in the recent series with the Carolina Hurricanes, a series that last just five games. He had two or more points in two of the games and had one in another. If Tampa Bay are going to hold serve on their home ice, having Kucherov produce points is going to be crucial. At the very least, we expect him to have one point, so backing this prop even at a steep price will be our play. Kucherov has just been that good so far in the playoffs and we believe he can have another multi-point performance.

Be sure to check out our full game preview for New York Islanders vs. Tampa Bay Lightning.