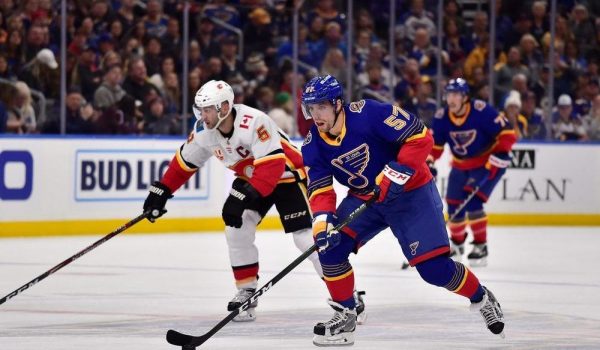 We’ve got a six-game slate for Sunday’s NHL card, and that means there are plenty of opportunities for value. Right now, we’re going to be focusing on player props, bringing you a few of our favorite props. Before you bet these, make sure you also check out our picks on the side and total for every game.

The Blues have been rather average this season, sitting fourth in the West Division. St. Louis still has a chance to make a playoff push, but need to win these games against below average teams. Today we are going back to a shots on goal prop with David Perron. He leads the team with 95 shots on goal. This averages out to about 2.79 shots on goal per game. Even though this does not seem like all that much, the next highest shots on goal number for the Blues is 74. Perron has now hit this prop a couple games in a row, so we like it here as well against this below average Ducks team.

Be sure to check out our full game preview for Anaheim Ducks vs. St. Louis Blues.

The Bruins have not always been consistent this season, but when they are, they are a very good team. Mainly because they so many guys that can make an impact. The Bruins have four guys with 20+ points and two other guys with more than 15 points this season. This just shows us how balanced they can be. Today we are going to go with David Krejci. Maybe not the flashiest option, but Krejci is tied for second on Boston with 17 assists. He has five assists in the last three games alone, including a game recently with three. Boston knows they are clinging on to a playoff spot, so backing to Krejci to provide an assist and to keep his streak going will be our play.

The Florida Panthers have been very good this season and look to be a lock for the playoffs. They are in third place in the Central Division, trailing only the Carolina Hurricanes and Tampa Bay Lightning. Today they will face the struggling Dallas Stars. The Panthers just beat the Stars 4-3 the other day and here we are going to back the player who stood out in that particular game. That being Carter Verhaeghe. He is probably less known than a Jonathan Huberdeau or Aleksander Barkov, but Verhaeghe is third on this team in points. He has 28 total points, and now leads this team in goals with 15. Verhaeghe had a hat trick against Dallas the other night, so you see why we like him here. Actually, half of his 28 points have been scored in March, so he has been playing well enough to back his prop here.

Be sure to check out our full game preview for Florida Panthers vs. Dallas Stars.