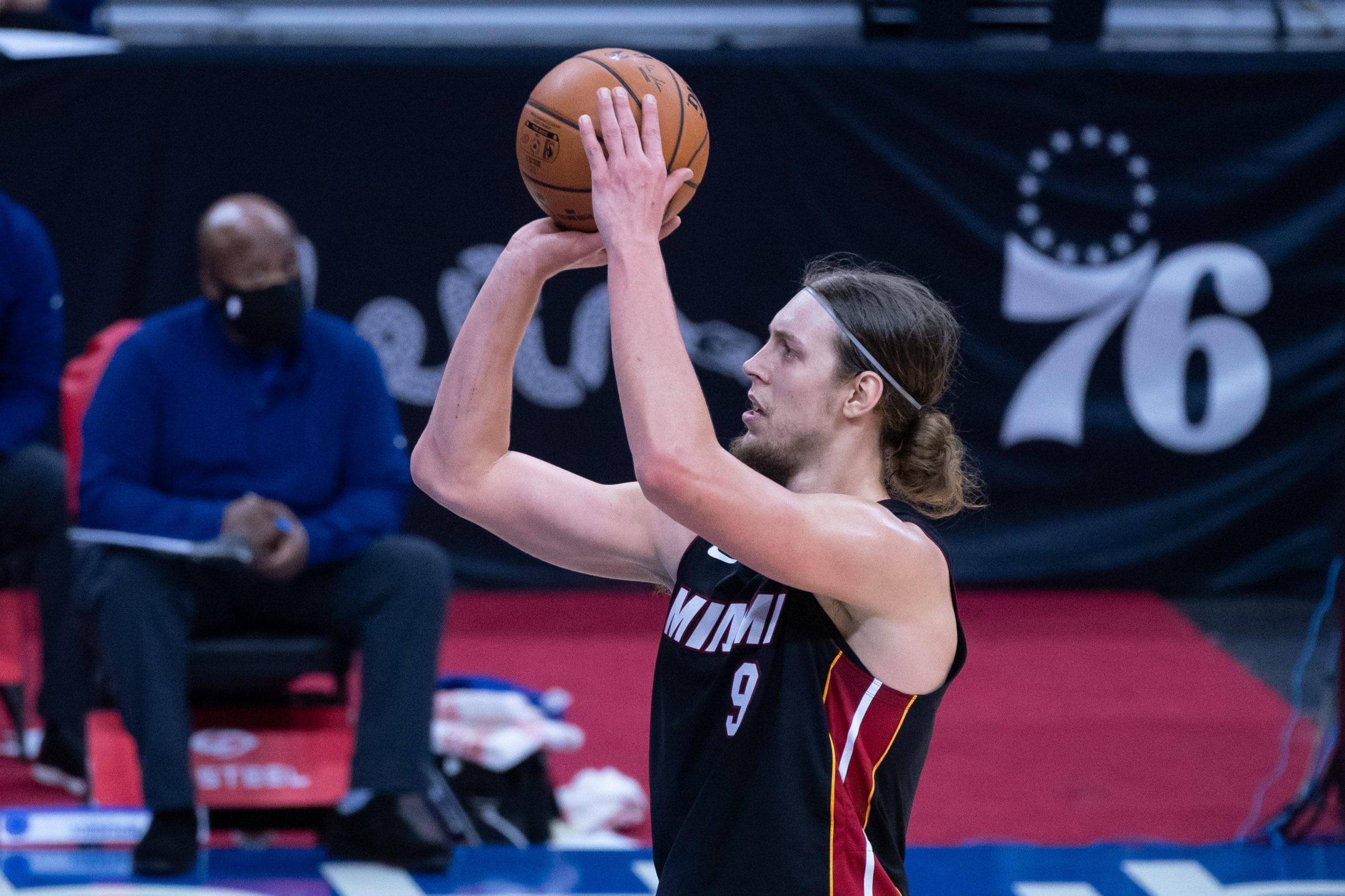 Just five games on tonight’s NBA slate but there are a number of great matchups for us to enjoy. The Celtics are taking on the Raptors for the second time this season, with Toronto looking to avenge the first loss. That scenario also applies to the Philadelphia 76ers, who have won six of their last seven games with the only blip coming against tonight’s opponents — the Portland Trail Blazers. Make sure you check out our picks on the side and total for each of those games.

For now, let’s dive in and take a look at the best three player prop bets to look out for tonight.

Kelly Olynyk has been riding a hot shooting streak lately and is coming off a game where he was able to knock down six of his eight attempts. It also marks the sixth time in eight games that he has managed to knock down at least three shots from deep, and I think he can keep that run going.

In his last outing, he saw his biggest minutes in about a month, which is hardly surprising when he is shooting 48 percent from deep this season. The Heat will need him out on the floor to provide the spacing for his teammates. With Duncan Robinson shooting a disappointing 33 percent for his standards, look for Olynyk to help him and share the floor spacing burden.

Be sure to check out our full game preview for Miami Heat vs. Houston Rockets.

It is a case of if it’s not broke then don’t fix it here. I backed Green to deliver double-digit assists earlier in the week and he delivered. It is now four straight games that Green has managed 10 or more assists so it’s hard to believe that oddsmakers are still having him available at plus-money to continue the streak. He is the primary playmaker when he is the small ball center, and with Looney and Wiseman still out, that is likely to continue.

The Warriors have surpassed the 130-point mark twice in the last four games, and if that is to happen again here, Green should have no issue reaching this total once more. It is helpful that Stephen Curry is averaging 37 points per game over the last week and Kelly Oubre Jr. has rediscovered his form. His teammates are ready to take the shots Green creates.

Be sure to check out our full game preview for Orlando Magic vs. Golden State Warriors.

Joel Embiid has been an offensive machine lately. He is scoring close to 30 points per game this season and has managed to surpass this total in four of his last nine matches. One of those games was against tonight’s opponents and Enes Kanter, who is hardly known as a good defender. Embiid had 37 points in the first matchup between the 76ers and Blazers, and he looks primed to have a similar performance here.

Embiid has been dealing with knee soreness lately but will benefit from the fact that he has had a day’s rest since their last game against the Kings. Kanter himself is coming off a game where Vucevic was able to surpass both his scoring and rebounding average for the season. Embiid should have a similar type of game here himself.

Be sure to check out our full game preview for Philadelphia 76ers vs. Portland Trail Blazers.