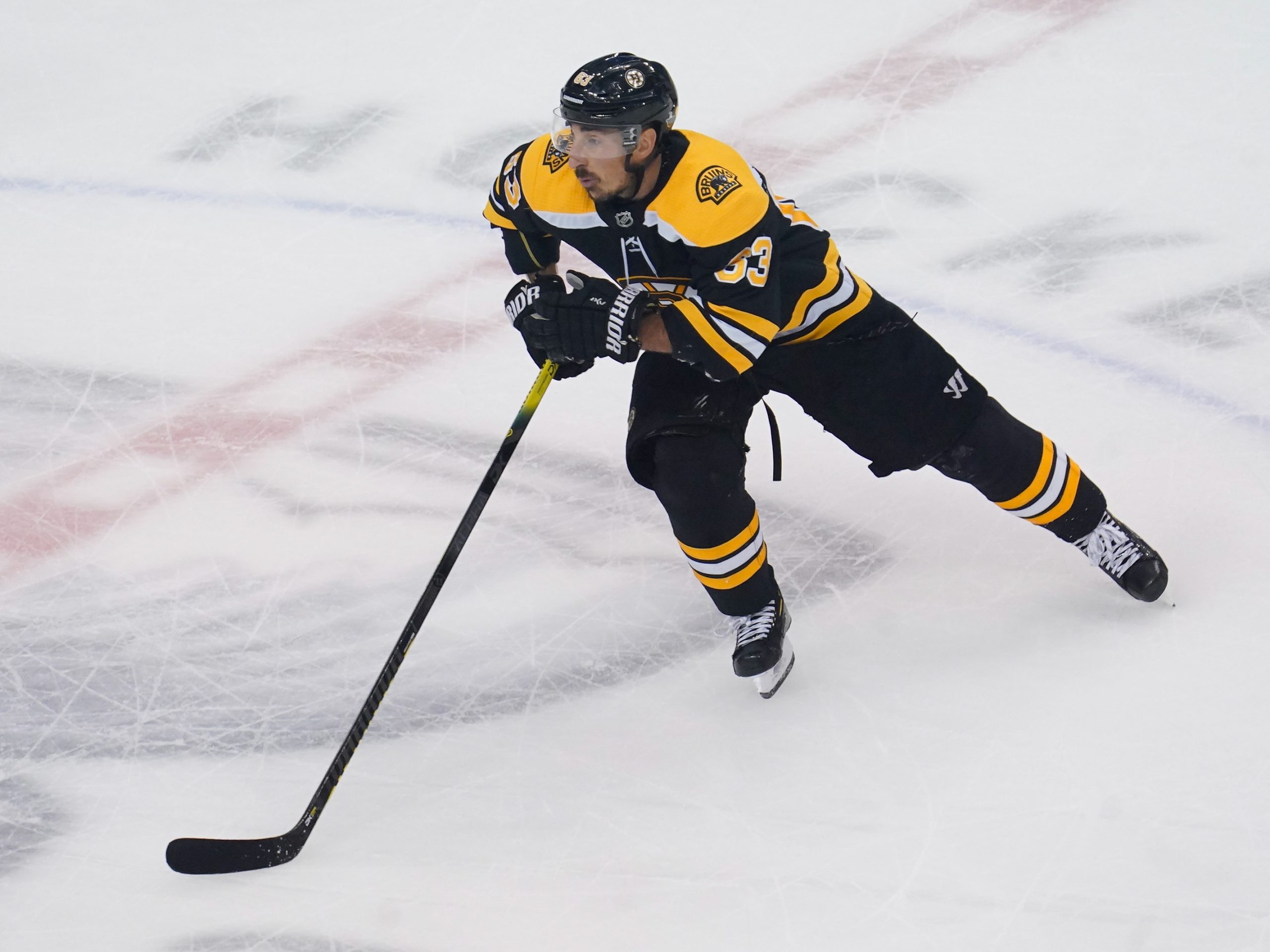 A brand new NHL season is about to get underway on Thursday night for about half the league as we have a 10-game slate set to start at 7:00 p.m ET. Among the teams playing tonight are the Boston Bruins, Washington Capitals, Winnipeg Jets, Vegas Golden Knights and New York Rangers. With most of these teams still having not started their season, we are sure to see some rustiness. This brings some player props into the equation, especially if the attacking players are one step ahead of the defenders.

Let’s take a look at three of the best prop bets for Thursday’s slate of games.

Let’s start by saying that Brad Marchand is recovering from a sport hernia injury that he had surgery on this past September. His recovery is going very well and the team expects him to be good to go against the New Jersey Devils in the season opener. Use caution here because Marchand could see less play time than he is used to. The team has stated that they will have to see how he is feeling throughout the game. I still like this play because of how vital Marchand is to this Bruins team. He had 59 assists a year ago, which led Boston and ranked fifth in the NHL. Asking him to assist just one goal is not too much to ask, even with the injury mentioned before.

Nowadays it is hard to talk about hockey without mentioning a guy like Alex Ovechkin. He is a crucial part of this Washington team and is going to have his chances to score on Thursday against the Buffalo Sabres. Keep in mind that Ovechkin scored 48 goals last season. This was tied for the most in the entire league. He does not tend to get many assists, but at plus money, and against a mediocre defense, backing him to score feels like the right play.

Yes, this is a steep price to pay, but when you have a guy as good as Atremi Panarin, it still feels right. Panarin and the New York Rangers will open their season Thursday night against their rivals, the New York Islanders. Not only did Panarin play well against the Islanders last season, but he was exceptional. First of all, the Rangers went 3-1 against the Islanders in the regular season series. Secondly, in just three games against them, Panarin had five assists against them. This includes a three assist performance in one of their meetings last season. Panarin went on to have 63 assists last season, which was tied for second in the NHL. That alone is why I will be backing his over assists prop.