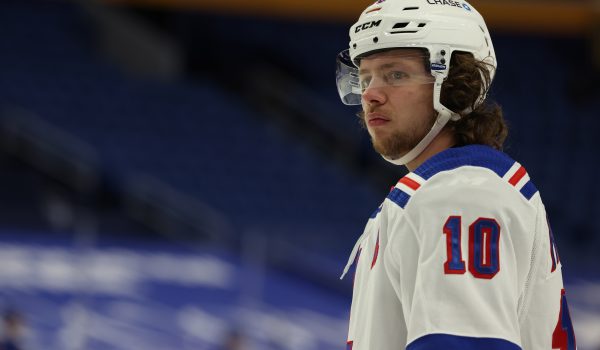 We’ve got a 10-game slate for Thursday’s NHL card, and that means there are plenty of opportunities for value. Right now, we’re going to be focusing on player props, bringing you a few of our favorite props. Before you bet these, make sure you also check out our picks on the side and total for every game.

The New York Rangers asserted themselves last time out with an 8-4 win over this same Pittsburgh team. While we do believe the Penguins are in store for a bounce back game, we are still going with the hot hand of Artemi Panarin. He is leading the Rangers with 40 points on the season and just had four points against Pittsburgh in their most recent game. He now has six points over his last two games, making the chances he has at least one point tonight very likely. Also, in five games against Pittsburgh, he has a total of 10 points or an average of two points per game. For that reason, we will back Panarin to provide some offense at a small price.

Be sure to check out our full game preview for Pittsburgh Penguins vs. New York Rangers.

If you read these props articles often, then you know that we have been backing Yegor Sharangovich a lot recently. Tonight will be no different as the oddsmakers have once again given him a short line. That is in terms of shots on goal. Let it be known that Sharangovich is still only fifth on the team with 74 shots on goal this season. That is just over two shots on goal per game. However, he has now cashed this prop in four of the last five games and has not had less than two shots on goal since March 20th. For that reason, we believe he gets at least two shots on goal tonight and will back the over.

This play is definitely going to be repetitive because we literally just backed it the other night. However, when the oddsmakers continue to give us a generous price, it is worth revisiting. That of course being Victor Hedman to have shots on goal. He had five in the game on Tuesday against Columbus and nothing has changed for us to believe this will play out any differently. In fact, Tampa Bay lost that game and Hedman still managed to cash this prop with ease. He is still leading the team in shots on goal, and Hedman has cashed this prop in four of the Lightning’s last five games. That is enough to keep backing him here, especially since we are getting plus money.