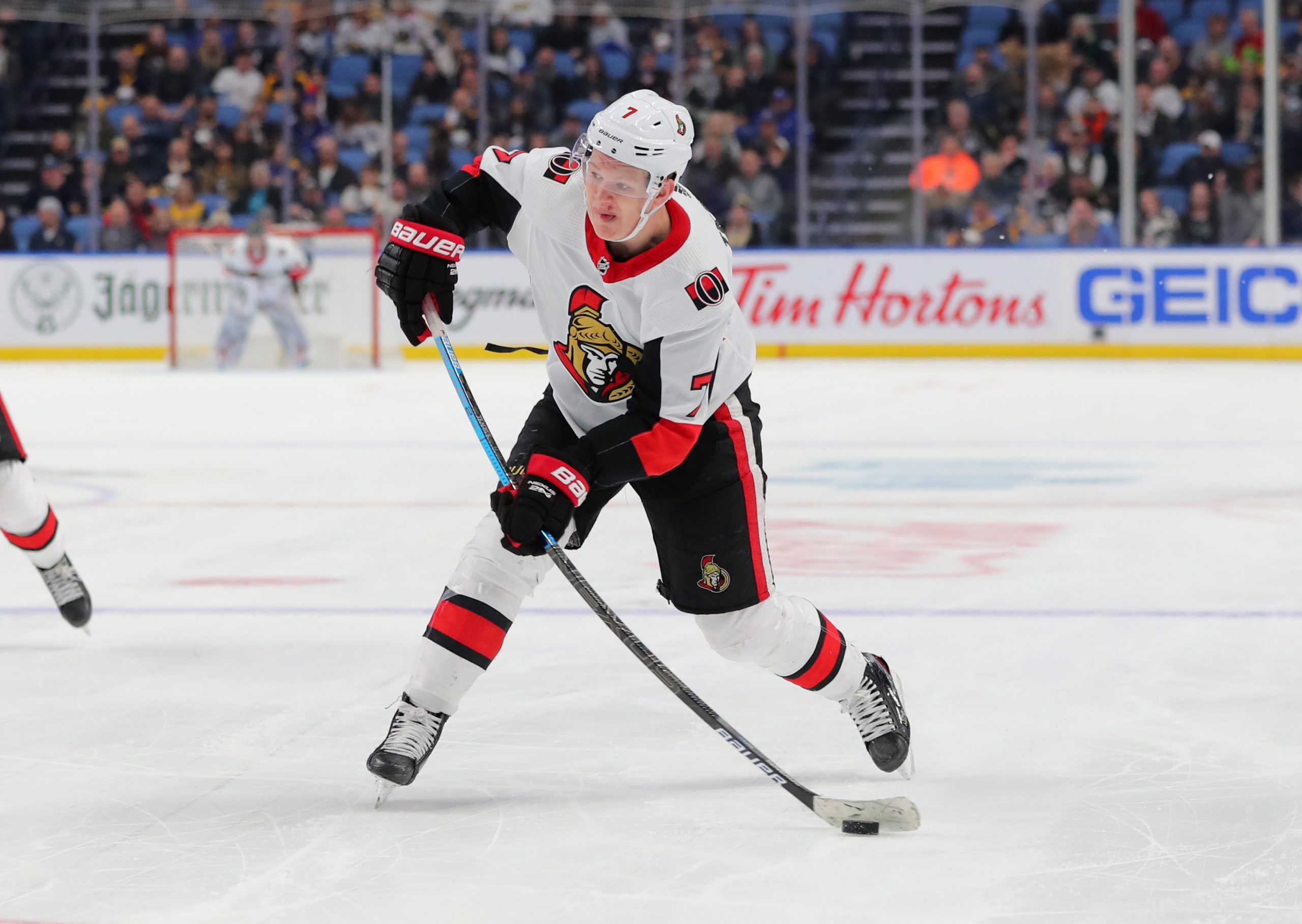 After just two games on Wednesday, we are back on Thursday for an eight-game slate. The action starts at 7:00 p.m. ET. Among the teams playing tonight are the Dallas Stars, Vancouver Canucks, and Ottawa Senators. Here we are going to focus on the player props and will be looking for guys to step up for their teams. Make sure you also check out our picks on the side and total for every game as well.

For Thursday, we are going back to one of our more reliable prop picks. That being Joe Pavelski as he and the Dallas Stars prepare to face the Columbus Blue Jackets. Given the fact that the Stars had their first several games postponed, it is wild to think that Pavelski is tied for fourth in the NHL in points. He has a total of 14 so far, (7 assists and 7 goals). He is also coming off a game against this same Blue Jackets team where he had two assists and scored twice. Pavelski has now had at least one point in six of seven games this season. He is averaging 2.00 points per game, so backing him to contribute in some way looks like the best play here.

Be sure to check out our full game preview for Dallas Stars vs. Columbus Blue Jackets.

The Vancouver Canucks are not exactly having the best season so far, but will have the opportunity to get back to .500 when they take on the Toronto Maple Leafs. For Thursday’s game, we are going to be focusing on one of Vancouver’s better defenders. Not only that, but this player in question has been a key part of the Canucks’ offense. This player being Quinn Hughes. He has a total of 14 points this season, in which 13 of them have been assists. Hughes has the third highest assists number in this regard and has had at least one in about half of the Canucks’ games. He is also coming off a three assist performance, so we like his chances to continue this streak.

Be sure to check out our full game preview for Vancouver Canucks vs. Toronto Maple Leafs.

Ottawa is easily the worst team in the NHL. They have just one win and look lifeless almost every single time they are on the ice. Having said that, the Senators still have one guy in particular, who seems to give his best effort for every game. The player in question is Brady Tkachuk. While it is true that Tkachuk only has four assists and three goals this year, the one thing he does consistently is shoot. Tkachuk leads the NHL in shots on goal with 46 total. This is an average of about 4.6 shots on goal per game and why we like him to find the over for his SOG prop on Thursday. He has had at least four shots on goal in 60 percent of his games this year, so at plus money, we will be taking the over for this prop.

Be sure to check out our full game preview for Ottawa Senators vs. Montreal Canadiens.