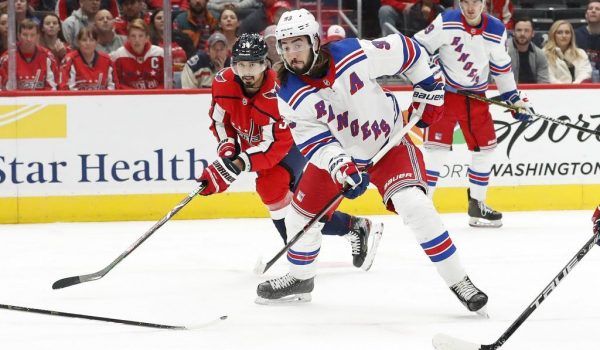 We’ve got an eight-game slate for Tuesday’s NHL card, but that still means there are plenty of opportunities for value. Right now, we’re going to be focusing on player props, bringing you a few of our favorite props. Before you bet these, make sure you also check out our picks on the side and total for every game.

The New York Rangers continue to make a last second push for the playoffs as they will host the Buffalo Sabres on Tuesday. The Rangers just best this team 6-3 the other and will be looking for the same dominance here to try an inch closer to that final playoff spot in the division.

Tonight we are going to back a somewhat familiar player on New York and that is Mika Zibanejad. He had a hat trick against Buffalo in their most recent game, though here we will be looking for shots on goal. Zibanejad is first on the team with 141 shots on goal. In seven games against Buffalo, he has an average of 3.4 shots on goal per game, which includes seven in the most recent game. Given Zibanejad is one of the better scoring threats and given the fact that we believe the Rangers will win this game by at least two goals, backing the over here will be our play.

Both of these teams are basically out of playoff contention, though Philadelphia might have an outside chance. The Flyers are nine points behind fourth place in the East Division, so clearly it is going to take a lot for them to be playing this postseason. These teams just played the other night, which resulted in a win for Philadelphia. Our prop in that game was James van Reimsdyk to score a point and he ended with two assists. Because of that effort, we are going back to him tonight as well. Van Reimsdyk leads the team with 39 points and now has four points in the last three games. He also now has seven points in four games against New Jersey, so we will gladly back his over here at near even money.

Be sure to check out our full game preview for Philadelphia Flyers vs. New Jersey Devils.

Carolina holds a slim lead in the Central Division, but with two teams on their tail, they will need to be focused tonight. This is especially considering the fact that they lost just last night to this same Dallas team. The Stars are still making a push for the playoffs as well, so they will for sure be motivated to pick up some points.

Now the player we will focus on tonight will be Vincent Trocheck. He is tied for second on the team with 39 points. He has 22 assists this season and 17 goals. Part of the reason we are backing him tonight is because he has played very well against the Stars. In seven head to head games, he has eight points. So while he did not score a point on Monday, we believe he will be in store for a bounce back game. He has in fact cashed this prop in five of the seven games against the Stars, so backing his over will be our play.

Be sure to check out our full game preview for Carolina Hurricanes vs. Dallas Stars.