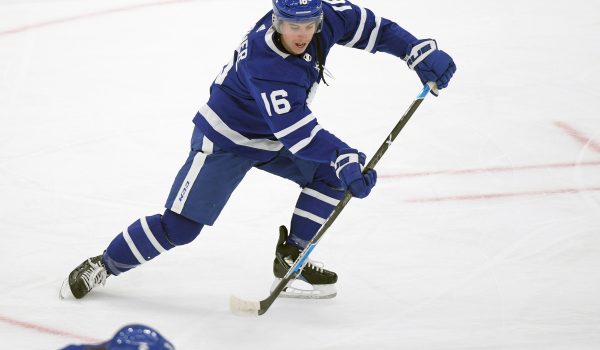 After a six-game slate on Tuesday, we are back with a seven-game schedule on Wednesday. The action starts at 5:00 p.m. ET. Here we are going to focus on the player props and will be looking for guys to step up for their teams. Make sure you also check out our picks on the side and total for every game as well.

The Philadelphia Flyers are a solid team this season, but have a fantastic opportunity to pick up a win on Wednesday night against the New York Rangers. The Rangers will be without one of their top player, which should impact the amount of pressure Philadelphia is able to provide. Here we will be looking for James van Riemsdyk to pick up a point, something he is used to this season. He has 21 points on the year, leading the Flyers. He also leads the Flyers in both assists (13) and goals (8). In five games in the month of February, due to a ton of games being postponed, Van Riemsdyk has eight points. This includes three points in his most recent game. We believe Philadelphia is going to have plenty of scoring chances, so back Van Riemsdyk to have one point will be our play.

Be sure to check out our full game preview for New York Rangers vs. Philadelphia Flyers.

Toronto will be looking to bounce back here after being shutout by Calgary on Monday night. One of the best for ways for Toronto to do that is to get Mitchell Marner more involved again. He leads the team with 21 assists and 30 points. He has scored nine goals this season, but our focus will be on his assist prop. Mainly because Marner has has at least one assist in 14 of Toronto’s 20 games this season. That means we are likely to at least push on this prop. It does help that he has had at least two assists in six games this season. In three games against the Flames, Marner has a total of three assists. We believe that the Maple Leafs’ offense is going to wake up here, scoring plenty of goals and Marner is sure to be involved in a few of them.

Be sure to check out our full game preview for Calgary Flames vs. Toronto Maple Leafs.

This is a longshot play based on what we have seen recently. That being Duston Brown of the Los Angeles Kings, who now leads the team in goals scored. He has 10 goals this season, which actually puts him tied for fifth in the NHL. Brown scored two goals the other night against the Blues, giving us reason to believe he can score another here. Brown has now scored six goals in his last six games and seven in the month of February. St. Louis did not do a great job of containing him the other night and we believe the same is going to happen here. As a result, we will back Brown to score as a longshot.

Be sure to check out our full game preview for Los Angeles Kings vs. St. Louis Blues.