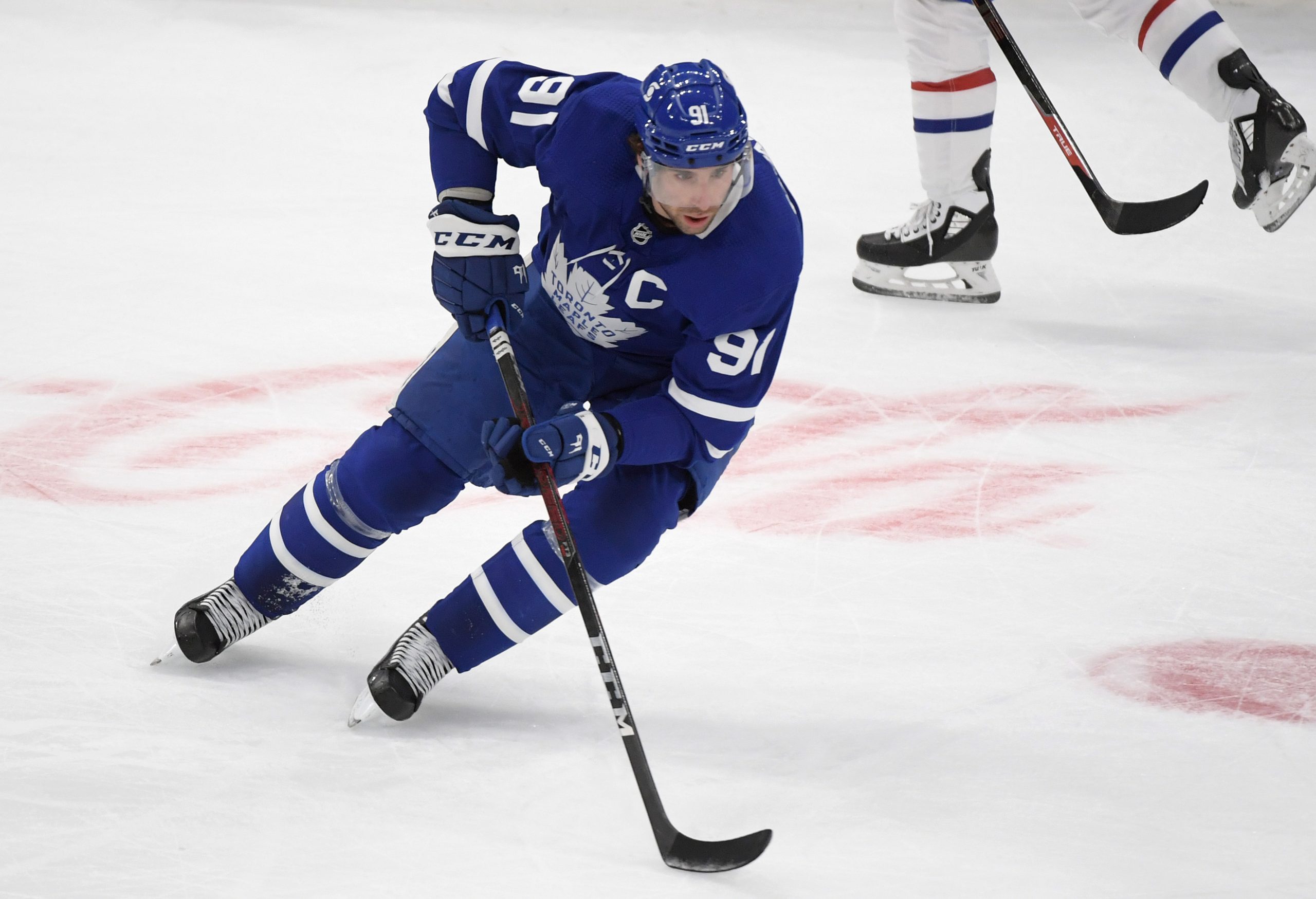 A smaller slate is set for Wednesday night as we have five-games to look forward too. Among the teams playing tonight are the Toronto Maple Leafs, Edmonton Oilers, San Jose Sharks, Minnesota Wild, Montreal Canadians, and the Vegas Golden Knights. Here we are going to focus on the player props and will be looking for guys to step up for their teams. Make sure you also check out our picks on the side and total for every game as well.

The Toronto Maple Leafs come into this game on a two-game winning streak, most recently beating the Winnipeg Jets by a score of 3-1. Our man in question is going to be John Tavares because of several great performances he has put on so far this season. First of all, through four games, Tavares is tied for the lead in points. He has a total of six points. Five of his six points came within the first two games. So, while he did not have a point in the third game, he bounced back with a goal scored against Winnipeg. Tavares is not just a goal scorer either. He has three assists to go along with his three goals.

Edmonton’s defense has not been great either, allowing an average of 3.8 goals per game. Because of that, Toronto is sure to be able to find their fair share of goals, which only increase Tavares’ of contributing. Even with this line sitting at one, I like this play because of Tavares’ to do everything on the ice.

While the San Jose Sharks are only 1-2, there looks to be one standout for their team this season. That being Tomas Hertl. He has a total of six points this season, tied for the lead in the NHL. Hertl is a balanced player as well, producing three goals and three assists. He is averaging 2.0 points per game, and has had at least one point in every games this season. Even though it is only a three-game sample size, Hertl is an extremely important part of this Sharks team. San Jose will be playing the St. Louis Blues again on Wednesday and just scored four against them the other night. While the Sharks’ defense is a bit lacking, their attack is doing enough to believe that Hertl will be able to contribute. Especially with a line of 0.5, look for Hertl to provide.

Be sure to check out our full game preview for San Jose Sharks vs. St. Louis Blues.

Do we dare go back to Mark Stone for another point prop? He has provided a winner for us already this season plus a push as well. Stone is looking like one of the better players in the NHL so far this season. He has a total of five points through three games, tied for eighth in the NHL. He has at least one point in every game this season with two points in two of the three games Vegas has played. At another plus money price, this prop is too good to pass up. All he needs is one point to provide a push and two to cash again. Vegas’ attack can be lethal on any given night, therefore I will look for Stone to come through.