HomeAnalysisMLB AnalysisBest player prop for Wednesday's MLB slate: What can we expect from Urias?

Best player prop for Wednesday's MLB slate: What can we expect from Urias? 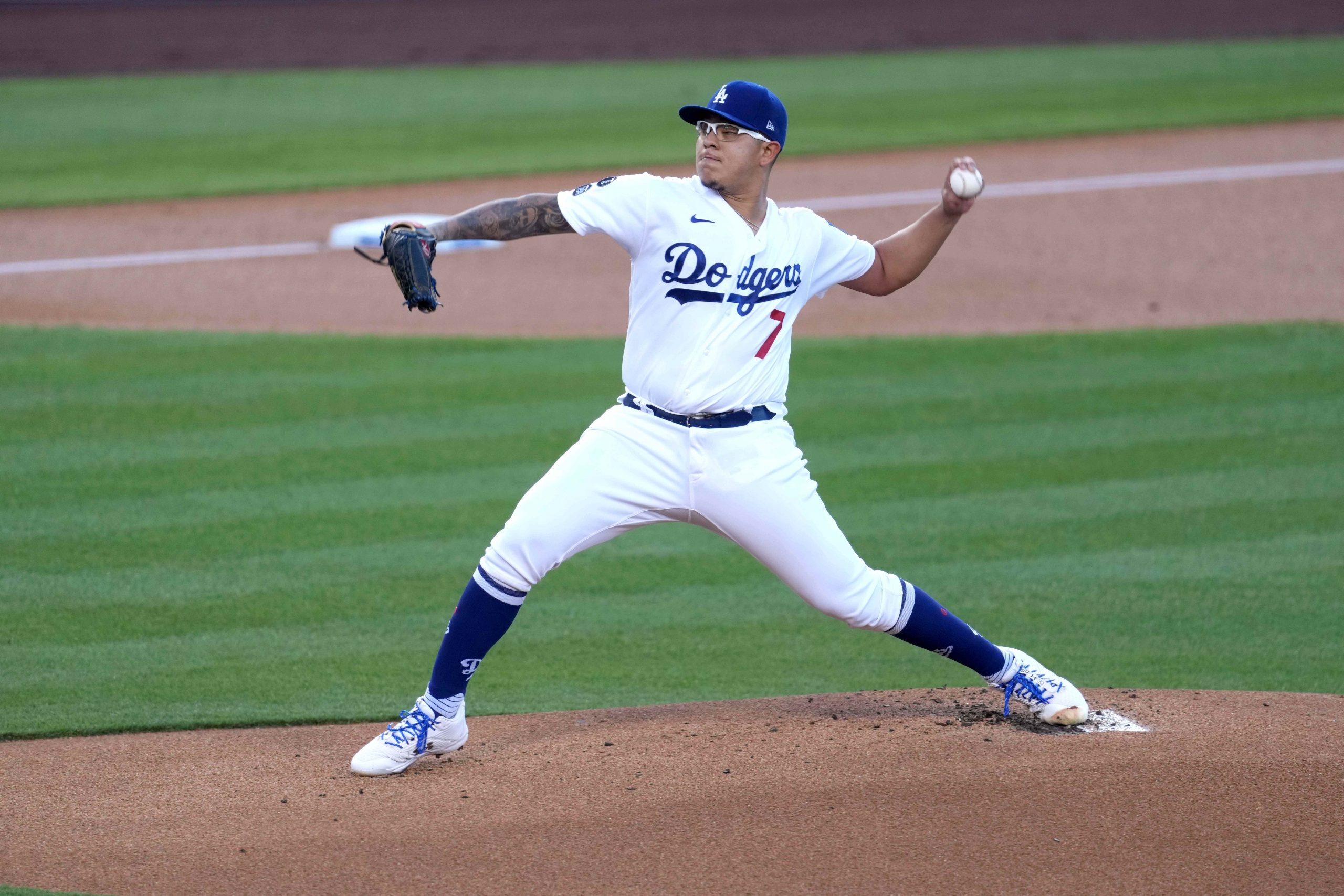 Wednesday night gives us a great slate of playoff baseball.  Game 5 of the ALCS between the Houston Astros and Boston Red Sox gets going at 5:08 p.m. ET on Fox.  That will be followed by Game 4 of the NLCS between the Atlanta Braves and Los Angeles Dodgers at 8:08 p.m. ET on TBS.  It is sure to be a thrilling evening, and what better way to spice things up than with a player prop?  I have one in mind, and I will share that here this morning.  Before I do so, be sure to check out our full game previews for each matchup tonight.  You can also follow me on Twitter for any added plays throughout the evening.

Julio Urias gets the start for the Dodgers tonight in Game 4.  This will be his second appearance of the NLCS, but it will also mark his third time on the mound in the last 6 days.  Urias has started one game this postseason, and he registered 5 strikeouts over 5.0 innings against the Giants in Game 2 of the NLDS.  He was scheduled to start Game 5 before Dave Roberts pulled a fast one and sent Corey Knebel out as the opener.  Once he was on the mound in Game 5, Urias struck out 5 over the course of 4.0 innings.  The last time we saw Urias was in Game 2 of the NLCS.  He threw 1.0 inning in relief, but surrendered 3 hits and 2 earned runs.

Urias has been used in a plethora of different ways this October.  He has not thrown more than 5.0 innings and 72 pitches, so it’s tough to see Roberts giving him a long leash in this one.  In addition, considering how this series has gone, Roberts could turn to his bullpen at the first sign of trouble.  The longest outing for a Los Angeles starter in this series is 4.1 innings from Max Scherzer in Game 2.  The bullpen is a bit taxed, but if Urias can’t find a groove, the Dodgers are not in a position being down 2-1 to leave him out there to try to figure things out.  That uncertainty makes the under the play here.

It’s also worth noting that the Braves struck out a ton against righties during the regular season, but they were a much better contact team against lefties.  Over the course of the season, only the Cubs struck out more against right-handed pitchers than the Braves.  However, the Braves had the second-fewest strikeouts against lefties.  Consider taking the under with Urias’ strikeout total for tonight’s matchup.