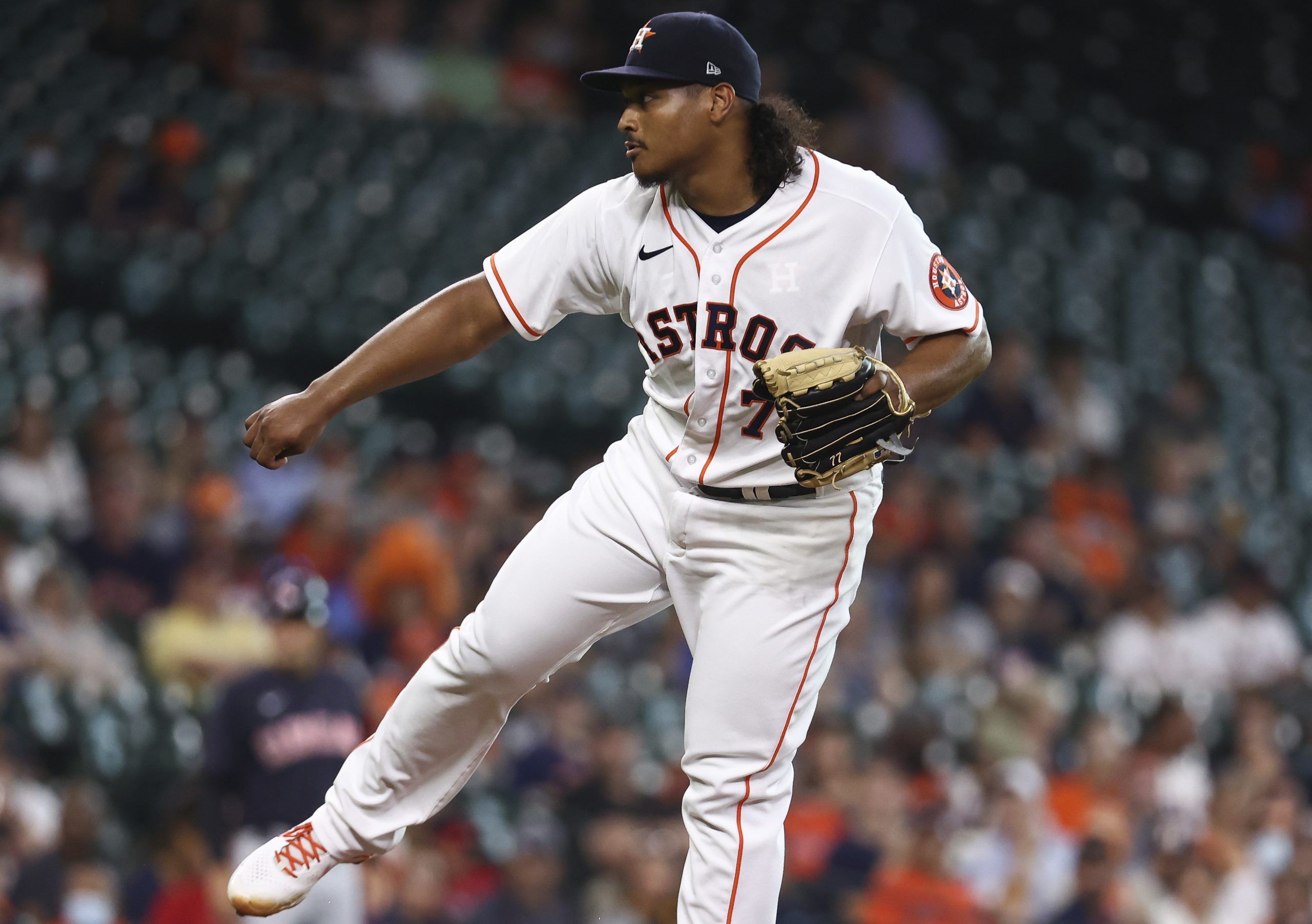 I'm an editor here at Pickswise who was raised in a household full of sports fanatics. Since I unfortunately never had LeBron James' jumping ability I wasn't able to make it to the NBA, and chose writing about sports as the next best thing. An avid sports bettor myself, I'm excited to get to write about the industry as it gets set to take off across the country. Buckle up.
Updated: 16:30 PM ET July 26, 2021

Major League Baseball is back in full swing after the break, and we have a great reduced slate on Monday. There are fewer games than usual but still plenty of opportunities for value. I have two player props which I really like that I’m going to discuss here. One of them centers on another strong performance from promising rookie Luis Garcia. Don’t forget to first check what our MLB analysts have backed with side and total picks for all 9 games today.

Before we get to Garcia, I like the under on Hendricks a lot. For starters, he’s not a strikeout pitcher–never has been, never will be. He has never come particularly close to averaging one per inning in any of his eight major-league seasons. In 2021, he has only 87 in 117.1 innings.

That means his strikeout rate is down from 2020, and his 2020 rate was down significantly from 2019. In four July starts, Hendricks has only racked up 13 strikeouts across 24.2 innings. He had a 2.19 ERA in those four starts, so even when he is pitching well it doesn’t mean much.

Even if he goes deep into this one I still don’t think he’ll hit this total, but he’s also going against a tough Reds offense here. Hendricks has gotten to five strikeouts in only one of his past five outings, so I’m not too concerned about laying the -126.

He has also pitched a bit worse at home this year, and his strikeout rate is down at Wrigley. Current Reds hitters have a very solid lifetime batting average of .293 against their NL Central rival, so that also doesn’t hurt.

Be sure to check out our full game preview for Cincinnati Reds vs. Chicago Cubs

The play I like most comes in the slate’s nightcap. Everything is shaping up very nicely for Garcia to have yet another big strikeout game. The 24-year-old Venezuelan is taking the league by storm in his first season in Houston’s rotation, entering with a 2.86 ERA and 1.06 WHIP.

He has some nasty stuff, as evidenced by his 105 strikeouts in 91.1 innings. The Astros were understandably very cautious with Garcia early on, never letting him throw more than 84 pitches in his first handful of starts. Since then they’ve been letting him go a lot deeper, and his strikeout totals have increased as a result.

Oddsmakers have been slow to adjust. He’s now throwing 95 pitches on a regular basis and has been allowed to go over 100 a couple of times. Not surprisingly, he’s now gotten to at least seven punch-outs in eight of his past 13 starts. So just in a vacuum, I like getting nearly even money with him.

But when you consider the matchup, this play gets even better. Garcia is going up against a Mariners team that strikes out a lot. Both over the past 15 days and for the entire season, Seattle is sixth in MLB in strikeouts.

Garcia faced this Mariners lineup once back in April, and he struck out six in only 73 pitches while pitching very well. Now that he’s being allowed to go much deeper than that, he should have no problem getting to seven.

Be sure to check out our full game preview for Houston Astros vs. Seattle Mariners