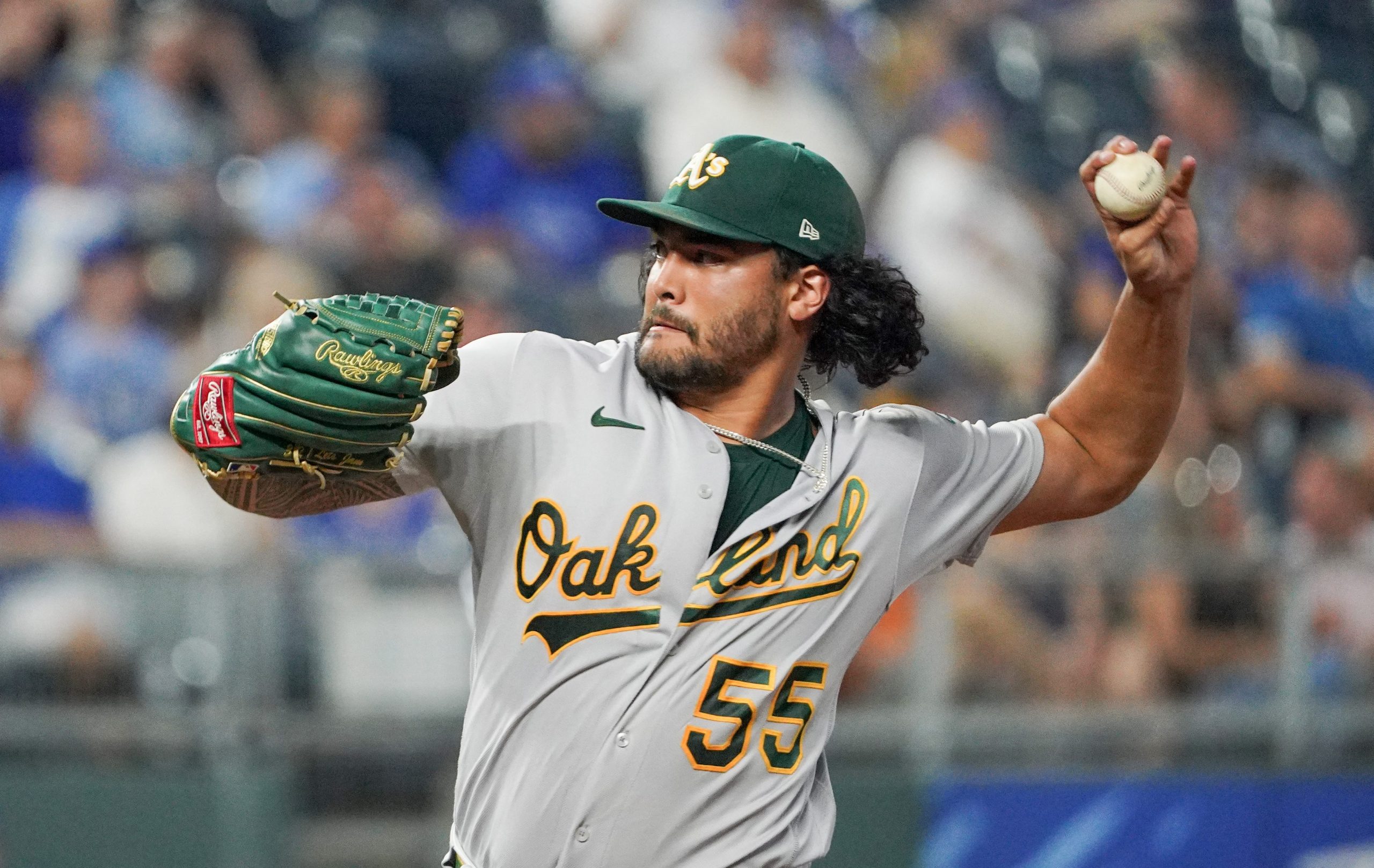 It is a Monday in September, and that means there is Monday Night Football on tonight. Sure, we’ll be paying attention to that, but there are also 12 MLB games today. That means we have more games to bet on. You can’t win if you don’t bet.  Or as Billy Napier would say, “scared money don’t make money.”  He’s exactly right.

Our MLB prop team here at Pickswise is hot. Personally, I am 16-5 over my last 21. I’m going to try to keep it rolling with two plays for tonight. Along with these, be sure to check out all of our MLB plays for each game on tonight’s slate. You can also follow me on Twitter for any added bets to the card.

Sean Manaea will take on the Mariners tonight. They tend to strike out a lot.  Only 4 teams in all of baseball have punched out more at the plate than Seattle, and only Tampa Bay has struck out more against lefties. Manaea has fared well against current Seattle hitters in the past, sporting a .212 AVG and .275 xwOBA in 115 plate appearances. Seattle’s offense ranks 24th in OPS (.696) over the last month, so it seems that Manaea is in a favorable spot. But what really makes this prop appealing is his success in 2 starts against the Mariners this season.

On June 2, Manaea tossed a complete game shutout while allowing just 4 hits against Seattle. He struck out 8 in that game. The next time he saw the Mariners was on July 22. He completed 7.0 strong innings and allowed just 1 run on 3 hits. He struck out a staggering 13 hitters in that one.  Add those up, and he has 21 punchouts in 16.0 innings against Seattle this season. Both of those starts were at T-Mobile Park, and now he gets them at home. There is solid value with the plus-money, and Manaea seems to have Seattle’s number.

Jesus Luzardo is a bit of a wild card.  His command has been iffy, and he is not punching out hitters at a high rate so far this season.  The Miami left-hander ranks in just the 32nd percentile among all MLB pitchers in terms of strikeout rate.  In addition, he ranks in the 19th percentile in terms of walk rate. Neither of those numbers warrants much confidence.  Command has been an issue all season, as his walk rate has jumped from 6.9 last season to 11.1 this season.

Luzardo has faced the Nationals twice since joining the Marlins. He managed just 4 strikeouts in 9.0 innings of work in those 2 games. He struck out just 1 Washington hitter when he faced them less than a week ago on September 14. The Nationals do not strike out a ton, as only 3 teams have struck out less than them on the year. They seem to have no problem generating contact against Luzardo, and his command issues are worrisome. He can stay under this total tonight.