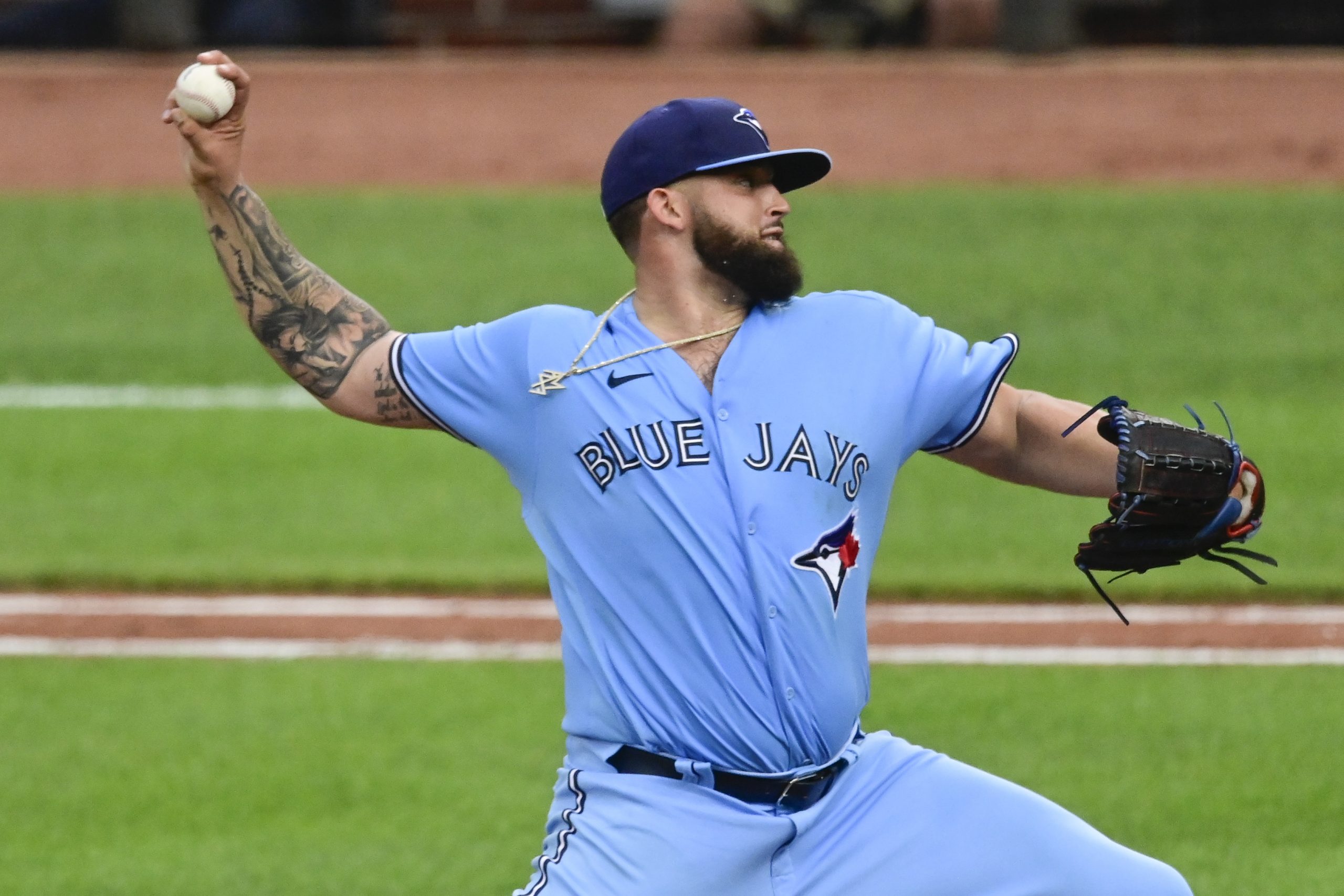 Sure, there is Monday Night Football tonight, but why not put a little action on some MLB games as well?  There are eight MLB games to choose from, and our team is locked and loaded with plays for every single one of them.  How great is that? I’ve also got some player props in mind that I will share. On top of this article, you can follow me on Twitter for any added plays throughout the day.

I love this matchup for Alek Manoah. The young right-hander has racked up 92 strikeouts in 85.0 innings this season, and he is posting above-average numbers in terms of strikeout rate, chase rate, and whiff rate.  Tonight he will face a Tampa Bay team that leads the majors in strikeouts. Not only that, but he had no issues punching out the Rays in his previous starts against them this season. Manoah faced the Rays in back-to-back starts on July 2 and July 7. All he did was pile up 19 strikeouts in 10.2 innings of work. In the July 7 start, he recorded 9 strikeouts in just 3.2 innings. I think he will go deeper into the game tonight, and more innings could lead to more strikeouts. After being on a slight pitch limit when originally getting called up, Manoah has thrown more than 100 pitches in 4 of his last 6 outings.

Manoah could also be catching the Rays at a solid time.  This will be Tampa Bay’s 7th game of a 9-game road trip that has taken them though Boston, Detroit, and now Toronto. This will also be Tampa Bay’s first trip to Rogers Centre since September 2019. They played their road matchups against the Blue Jays at Sahlen Field in Buffalo last season. So far this season, they have played on the road against the Blue Jays at Sahlen Field and TD Ballpark in Dunedin. The change of scenery could be tough for the Tampa Bay hitters. Facing Manoah isn’t exactly easy either.

Odds available at FanDuel at time of publishing

Rich Hill has started 9 games as a New York Met. He has reached 5 strikeouts in just 2 of them. Those games were against the Marlins and the Nationals, 2 of the best teams to target for punch outs. Tonight, Hill will face the Cardinals. In 39.0 career innings against St. Louis, he has 29 strikeouts. The Cardinals have had their struggles offensively at times this year, but they do not strike out a whole lot. In fact, only 5 teams have struck out less than the Cardinals this season. They also have the lowest number of strikeouts against lefties on the year.

Hill is not known as a strikeout guy. He tries to generate weak contact early in counts, and he doesn’t reach back for 97 to blow hitters away. Hill ranks in just the 39th percentile among all MLB pitchers in terms of strikeout rate. In addition, he ranks in the 30th percentile for whiff rate, 22nd percentile for chase rate, and 3rd percentile for fastball velocity. Hill has also had some trouble in his new home ballpark. In 4 starts at Citi Field as a Met, he has an ERA of 6.00. I like Hill to stay under this total tonight, and there is decent value with the plus-money.

Be sure check out our full game preview for St Louis Cardinals vs New York Mets.