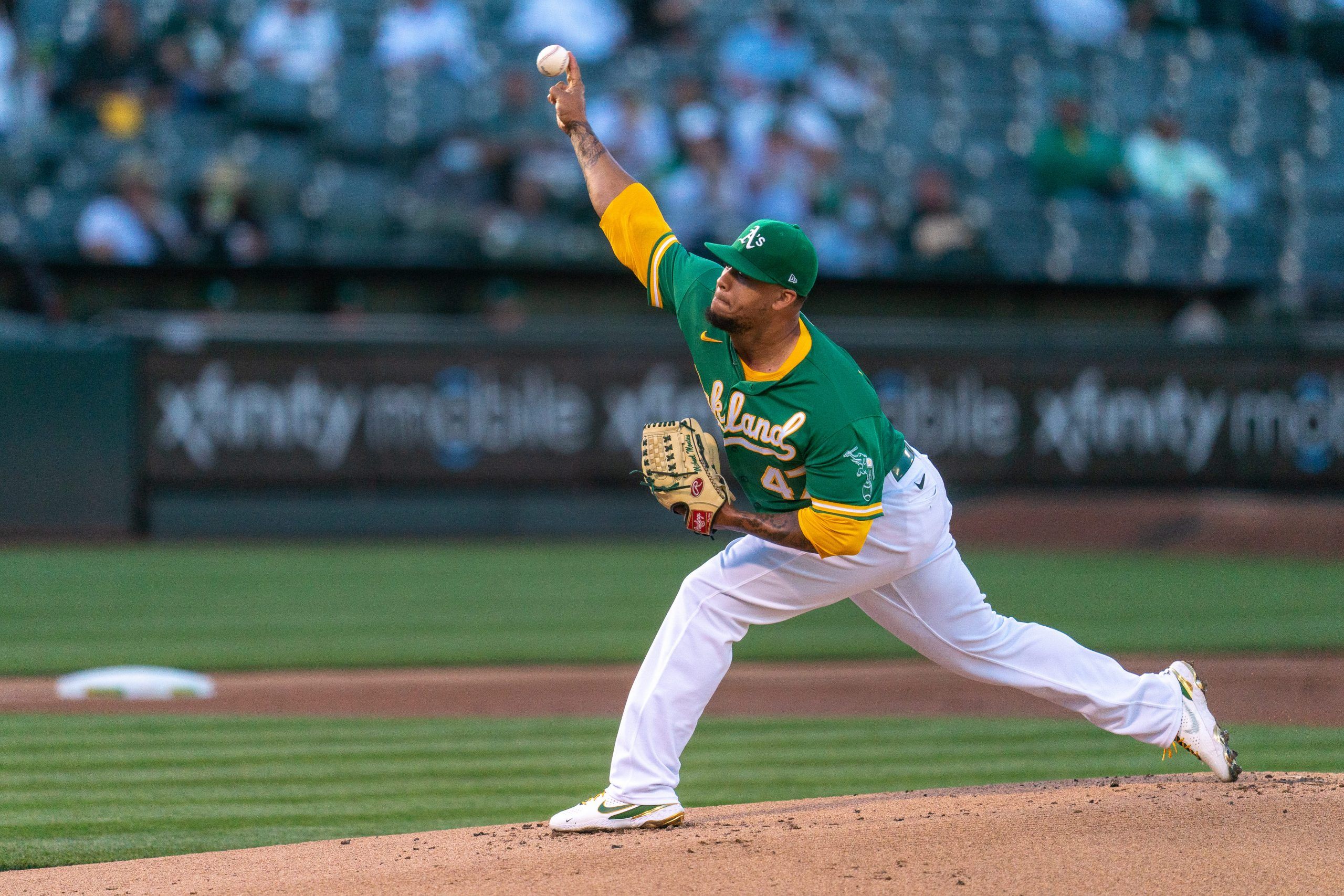 I'm an editor here at Pickswise who was raised in a household full of sports fanatics. Since I unfortunately never had LeBron James' jumping ability I wasn't able to make it to the NBA, and chose writing about sports as the next best thing. An avid sports bettor myself, I'm excited to get to write about the industry as it gets set to take off across the country. Buckle up.
Updated: 14:44 PM ET June 21, 2021

MLB is back in full swing, and we’ve got an interesting slate on Monday. It’s a small one with only eight games, but there are still plenty of opportunities for value. I’ve got two player props which I really like that I’m going to discuss here. One of them centers on a big game from Frankie Montas. Don’t forget to check what our MLB analysts have backed with side and total picks for all eight games today first.

The first thing that caught my eye was in this A’s/Rangers game. Montas was a bit of a disappointment early on this season, but he’s been much better recently. Considering how good he was in 2019, it was only a matter of time. He has lowered his ERA in eight of his past ten starts.

No matter what his ERA has looked like, he has still been racking up strikeouts. He’s struck out more than a batter per inning. He did the same last year even while struggling, so I don’t think it’s a fluke. As such, we should need only six innings tops from Montas to cash this.

Montas has got to at least six strikeouts in five of his last six starts, so I’m not too worried about laying -167. Then you throw in the fact that he’s facing a weak-hitting Rangers lineup that’s in the top ten in the league in strikeouts, and there’s a lot to like.

I’m also expecting a big day for Castellanos, and this time we’re getting significant plus-money. Castellanos has been having a great season overall, entering this one with a .344 average and .986 OPS. The Reds outfielder has recorded multiple hits in 18 of the last 32 games he’s been in the starting lineup for, so +160 seems pretty appealing.

Then when you factor in that the Reds are the road team, and the pitching matchup, multiple hits seem pretty likely. The Twins are starting JA Happ, who has been a disaster so far. The lefty enters with a 6.12 ERA through 12 starts, and at 38 it appears he just might not have it any more.

In each of his past three starts, he’s given up at least eight hits and four earned runs. He has allowed at least seven hits in six of his past seven, despite never going very deep into games. Most promising of all though is Castellano’s history against Happ.