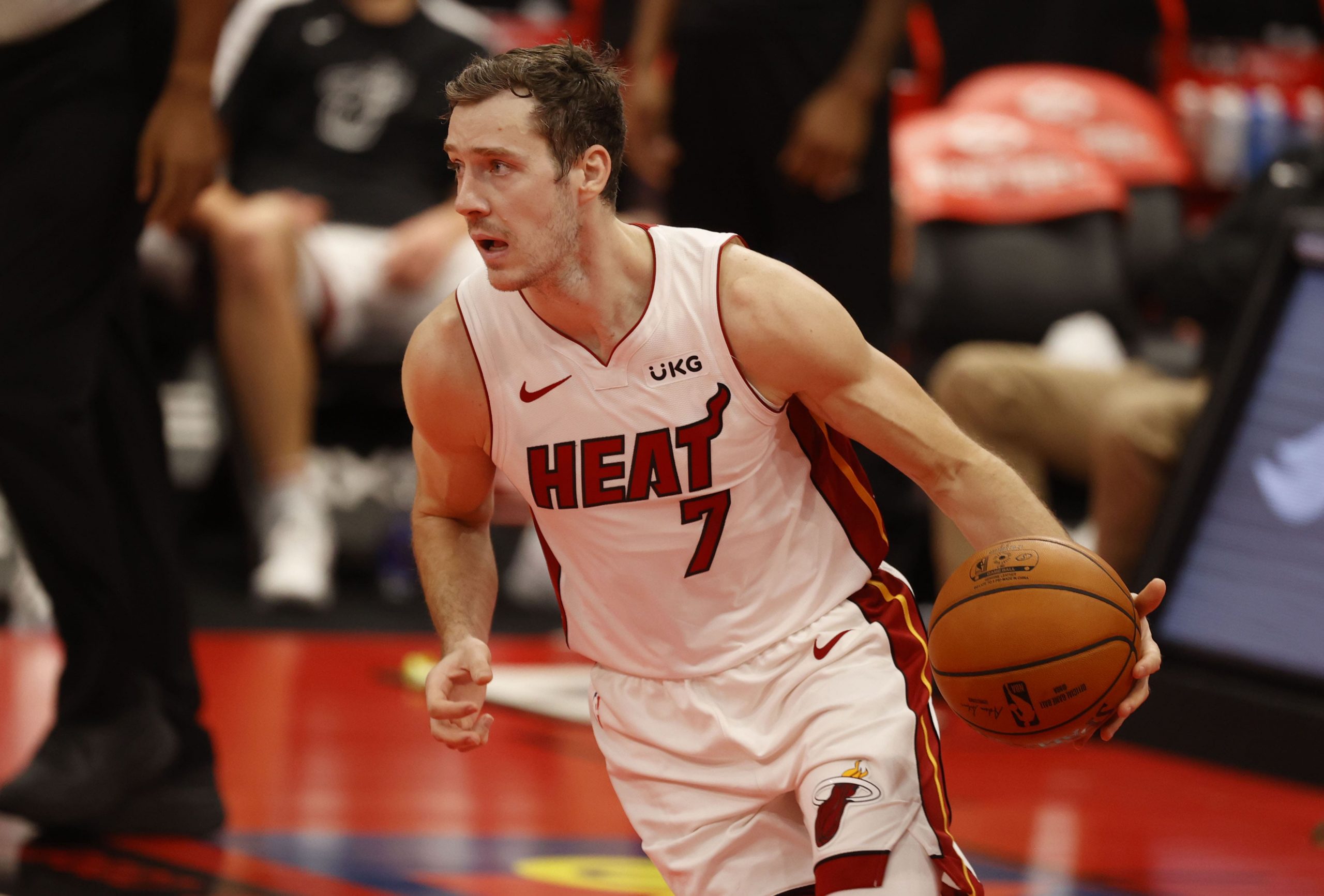 Tonight we will see game two of these NBA playoff series tip off in what is bound to be an exciting night of action. The Miami Heat will be looking to go one step better after suffering a heartbreaking buzzer-beating loss. The Denver Nuggets on the other hand will be hoping to avoid dropping a second straight home game which would put them in a very troublesome position in the series.

You can see our full game previews here. And now, here are my two selections for tonight’s games.

Goran Dragic has been shooting the ball against the Bucks extremely well this season. He has been able to knock down five three-pointers against them in both games in May and has managed three or more threes in three of the four games overall. The one game where he failed to hit this, he saw only ten minutes of playing time. However, with him putting up 25 points in 35 minutes of action in Game 1, that sort of drop in minutes seems extremely unlikely here. During the two games in May he has attempted a combined 19 three-point shots, and with him knocking down 37 percent of his threes this season, this gives this line a good chance if clearing if those attempts stay up.

Fortunately, the Bucks are the perfect opponents for him to do that against. Over this regular season they have allowed the most three-pointers per game while also ranking 28th in opponent three-point attempts and 29th in opponent three-point percentage. That showed no signs of improving in Game 1 of the playoffs when the Heat were able to knock down 20 threes on 40 percent shooting. The Bucks ended up winning that game so it seems unlikely they will be rushing to switch up their defensive schemes and try to take away this part of the Heats offense. If the attempts stay up, Dragic should be able to make his mark.

Be sure to check out our full game preview for Miami Heat vs. Milwaukee Bucks

Despite poor shooting from deep, Michael Porter Jr was able to clear this total in Game 1 of the series and should be set to do so again tonight. He knocked down only one of his ten three-point attempts in that game but was able to shoot close to 43 percent from deep in three regular-season games against the Trail Blazers, so that part of his game should bounce back tonight. Besides, over the regular season the Trail Blazers were not fantastic defending the three-point line, ranking 19th  in opponent threes made and 20th in three-point percentage. With him being clearly the second option on this Nuggets team, expect him to continue to be given the green light to shoot.

When it comes to shots inside the paint, Porter Jr was absolutely dominant, having made all 11 of his field-goal attempts. He has elite speed for a player of his size and was able to utilize his superior length to finish over the smaller Trail Blazer defenders. With Jusuf Nurkic being pulled out of the paint by Nikola Jokic, there is very little help in the paint to stop the Nuggets forward from getting what he wants at the rim. If the Blazers do not make any changes to their rotations, the door will be open for Porter Jr to have another efficient night. Back him to clear this line.

Be sure to check out our full game preview for Portland Trail Blazers vs. Denver Nuggets