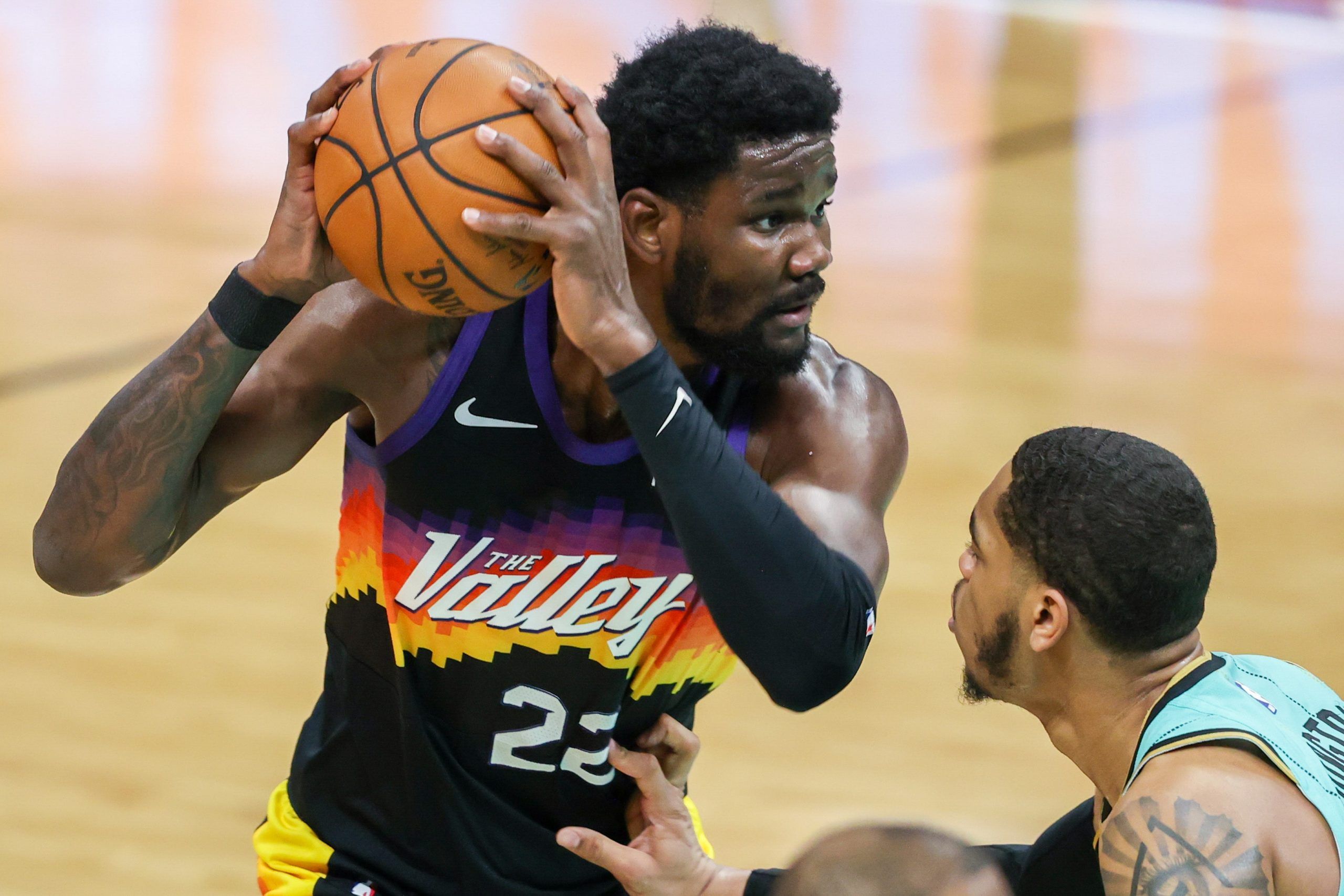 Like most Lithuanians, I started watching basketball from the age of six. I'm based out in London and played basketball at the University of Lincoln here in the UK. I had always had an interest in the NBA but things really took off in the summer of 2010. That year Linas Kleiza led Lithuania to 3rd place at the World Championships and signed with the Toronto Raptors to replace the departing Chris Bosh. I've been a Raptors fan since that day and I've not missed a game since. I've been handicapping games for more than a decade, specializing in player props.
@NBAGreenMachine
Updated: 13:28 PM ET April 05, 2021

We were just a Paul George rebound or assist shy of a 3-1 night on NBA props yesterday. Tonight’s seven-game NBA slate represents a good chance to improve on that with plenty of interesting games on offer. We have a massive New York clash on our hands today as the Knicks take on the Nets whilst out west, Luka Doncic and the Mavs will be looking to take down the league-leading Jazz.

As always be sure to check out our full game previews on the side and total here. And now, let’s take a closer look at four of my favorite player prop bets for tonight’s action.

The last time Deandre Ayton matched up against Christian Wood, he was absolutely dominant. Ayton recorded a 26 point and 17 rebound performance, making over 73 percent of his shots. Not much has changed for the Rockets as opposing big men have continued to have big performances against them. Jonas Valanciunas and Karl-Anthony Towns managed to surpass a combined 40 point-and-rebound mark against them recently so Ayton should be well-positioned to repeat his performance from earlier in the season.

Over the last 10 games, only two teams have allowed more rebounds per game than the Rockets. They are giving up 19 second-chance points per game over that same stretch and Ayton should be the main beneficiary of this here. Expect Ayton to score 18 or more points tonight, and with his rebounding capabilities, that should be enough to take down this total.

Be sure to check out our full game preview for Phoenix Suns vs. Houston Rockets.

Theo Maledon has been trying to step in and fill the void left in the Thunder’s starting lineup by Shai Gilgeous-Alexander and has had mixed success doing so. His scoring has been very up and down but his rebounding has remained fairly consistent. He has been able to record five or more rebounds in four of his last five games. In the one game that missed he only played 22 minutes, down from the 32 minutes or so he has been averaging of late.

The Pistons should be a good opponent for Maledon to have a strong rebounding night against. They rank 18th in the league in opponent rebounds per game and have allowed opponent guards such as Elfrid Payton, Russell Westbrook, and Fred VanVleet all exceeding their season average of rebounds against them. Look for Maledon to be able to do something similar here.

Be sure to check out our full game preview for Detroit Pistons vs. Oklahoma City Thunder.

Demar DeRozan has been smashing past this total in the last three games combining for totals of 35, 50, and 38. In each of his last five games, he has managed to record at least 10 combined assists and rebounds. The Cavaliers rank 21st in the league in opponent assists per game and 25th in opponent rebounds per game over the last five contests which should put DeRozan in good stead to keep his run going.

In the last couple of games the Cavaliers have allowed opposing guards Duncan Robinson and Seth Curry to surpass their season averages in points and DeRozan should be able to do the same here. He is averaging 23 points per game over the last 10 games and with rookie Isaac Okoro matching up against him, he should be able to use his craftiness to get his numbers tonight. Back the over on this one.

Be sure to check out our full game preview for Cleveland Cavaliers vs. San Antonio Spurs.

Reggie Bullock has been in fine scoring form lately and is coming into this game after a 22-point performance against the Dallas Mavericks. He has managed to hit double-digit points in eight of his last 10 games and has been able to do so through his three-point shooting. In the month of March, he was making 2.7 threes per game on 40 percent shooting from deep. His April has gotten off to an even better start with him making five threes per game on 50 percent shooting. Over the last 10 games, the Nets are allowing close to 14 threes a night, and Bullock should be one of the main Knicks to benefit from this. Back his streak to continue here.

Be sure to check out our full game preview for New York Knicks vs. Brooklyn Nets.