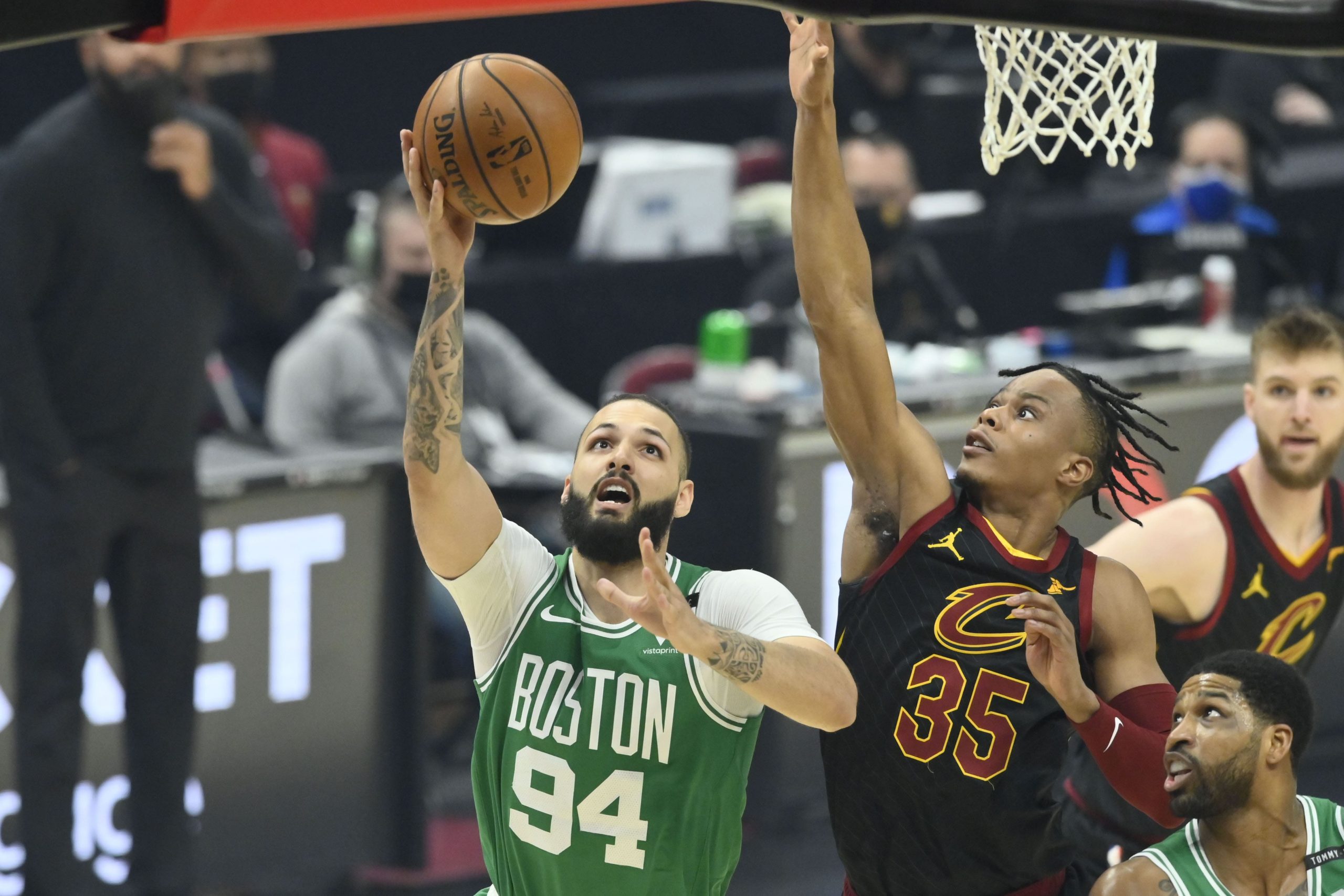 We did it, gang — we’ve made it to the playoffs.  After a regular season that brought us many ups and downs, we’ve reached the part of the schedule that matters most.  Four series kick off tonight, all with spreads in single digits.  Before we dive into player props, make sure you check out all of our analysts’ picks and analysis if you’re looking to bet sides or totals tonight.

It’s time to shift our focus to the playoffs player props. As I mentioned with the Play-In Tournament,  the books put out sharper lines in the playoffs. To get an edge, you need to be one step ahead in terms of anticipating how each game will flow. Today, I’m hoping I was able to do just that.  I’ve picked three spots I love, and will explain where I see the value in each play.

The Celtics acquired the French wing at the trade deadline, and while it took a few weeks, Fournier is now contributing in a major way.  During May, which came on the precipice of Jaylen Brown’s season-ending injury, Fournier averaged 27.3 of this combination in 33 minutes per game.  Expectations are that Fournier can register around 36 minutes of playing time, as the Celtics will need all of the offensive firepower they can get.

Without Brown on the court this season, Fournier averages 25.1 PRA per 36 minutes as a Celtic.  And if you add in time spent with Jayson Tatum and Kemba Walker, his average per 36 minutes bumps up to 28.6 PRA.

In a game versus a below-average defensive team tonight, Fournier should see plenty of advantageous individual matchups.  The Nets’ main focus will be to stop Tatum and Walker, which should leave Fournier with plenty of opportunities.

I have the nine-year veteran projected at 26 PRA for Game 1.

The Greek Freak’s rebounding production has been a bit inconsistent this season.  His average of 11 per game, while still ranking eighth in the NBA, is his lowest per-game amount in the last three seasons.  Nonetheless, the playoffs are here, and Giannis has shown a propensity to crash the boards when the games mean a lot more.

Bucks coach Mike Budenholzer received a lot of flak last season for managing Giannis’ minutes, almost to a fault.  The response this season was to increase the do-everything forward’s workload from 30 to 33 minutes per game.  When Antetokounmpo plays at least 32 minutes, his average is 12 rebounds per game, with a hit rate of 53 percent on the over.  While nothing is guaranteed, expectations are that Giannis’ playing time will be bumped to the region of 36 minutes.

With the Heat coming to town, Giannis will be greeted by an opponent which has been kind to his rebounding totals.  In the 11 matchups between the teams over the last two years, the MVP candidate averages .37 rebounds per minute.  Even with a conservative 34-minute projection, that calculates to 12.6 rebounds.  Adding in the multitude of variables from my more robust projections, I have Antetokounmpo projected closer to 13 rebounds in Game 1.

This is actually a play on averages.  In the last two playoffs, Lillard has averaged 40-plus minutes per game (if you strip out last season’s Game 4 versus the Lakers, when he suffered an in-game injury).  Portland coach Terry Stotts has shown time and time again that he is not shy to lean on his star.  Lillard averaged 28.8 points per game in 35 minutes during the regular season, which computes to 32.6 points per 40 minutes.

Lillard’s production versus Denver was down this season, but each of the three games came with a compensating variable (hobbled with an injury, second game of a back-to-back, final game in which Denver mailed it in). Fully rested, healthy, and ready, I like Lillard to invoke Dame Time tonight, in what should be a highly competitive series.