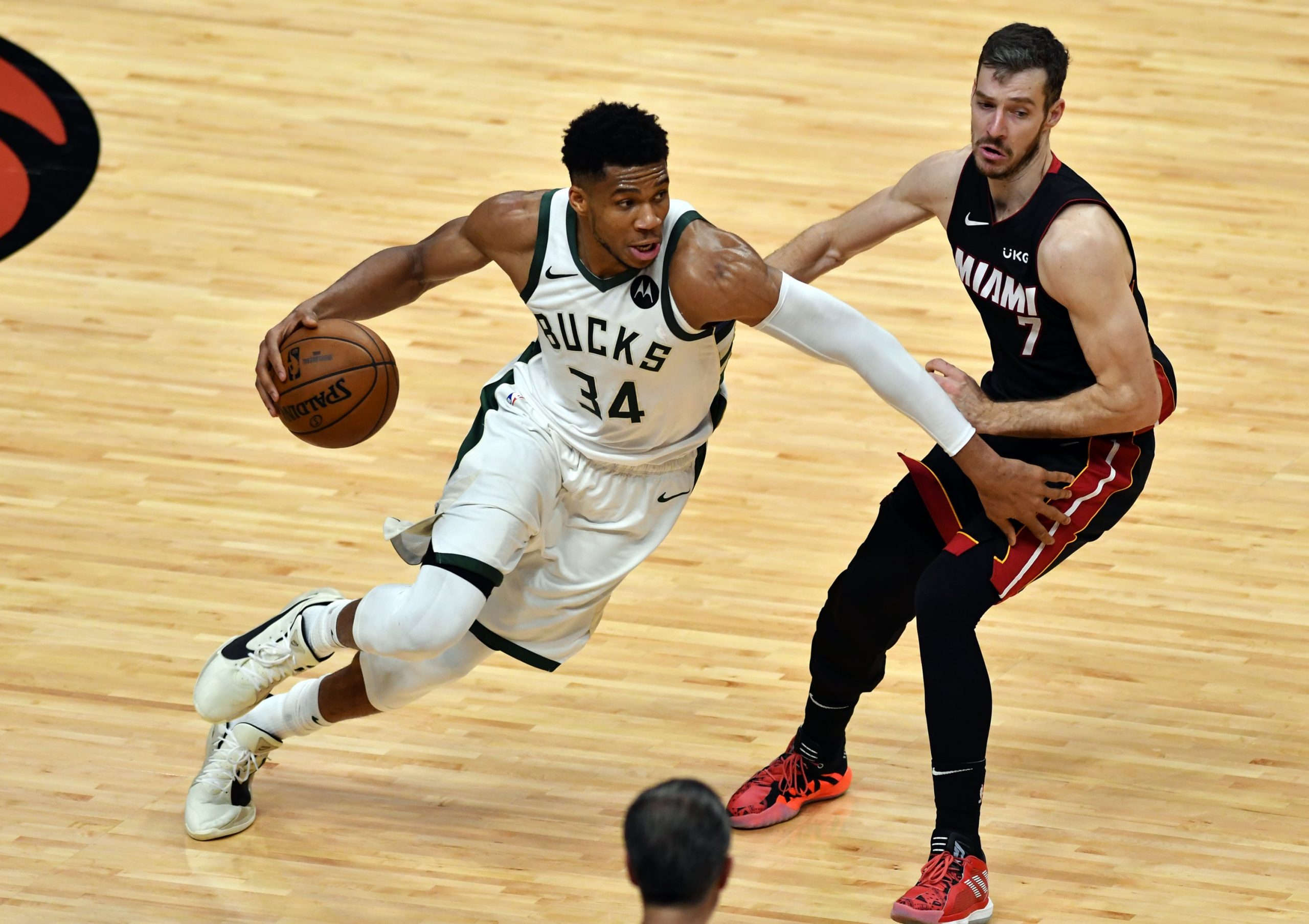 The Eastern Conference semi-finals begin tonight and it looks set to be a cracking matchup. The Brooklyn Nets are favourites to win it all this year but the Bucks might be the toughest matchup they could possibly face. Giannis Antetokounmpo is no joke, and the physicality that he brings to the game will be tough for the Nets to match. This looks set to be a tight series, and I for one cannot wait to see how it turns out.

Don’t forget to check out our full game preview and same game parlay. But for now, lets look at my favourite player prop picks for the game.

Giannis Antetokounmpo under 1.5 made threes (-142)

While Giannis Antetokounmpo has had a relatively strong start to the playoffs, his shots from deep have not been falling. Against the Miami Heat in the first round of the playoffs he managed to make just one of the 16 shots he took in the series. In the regular season he shot only 30 percent from deep, so for him to realistically hit this he would need to attempt at least six or seven shots. Considering the slump he is going through, it may not be something he will look to do. In round one he attempted six or more threes in only one of the four games. Look for that trend to continue.

He managed to knock down threes against the Brooklyn Nets in the regular season, but things could be different in the playoffs. The Nets have done a decent job of defending the three-point line, allowing the Celtics to shoot just 35 from deep on 12 makes per game. And while they are likely to leave Antetokounmpo unattended on the perimeter, his recent slump will likely cause him to turn down those shooting opportunities. He could still dominate offensively, but it should not be from downtown.

The Milwaukee Bucks had difficulties defending the three-point line in the regular season, which should give Kyrie Irving encouragement. Irving has seen his form improve as he went through the series against the Celtics, including a 39-point effort in Game 4 of the series. He managed six threes in that game and while it was the only outing where he managed to make four or more, the Bucks should be more favourable opponents than the Celtics. Kyrie shot 40 percent from deep in the regular season and in the last two games against the Bucks in the regular season, he attempted eight and 12 threes respectively. If he takes that many attempts this time, he would have a good chance of hitting at least four.

On the defensive end James Harden will likely draw the defensive attention of Jrue Holiday since he is the main ball handler on the squad. That would likely leave Khris Middleton to pick up Irving. Considering Middleton is not as fleet-footed as Holiday is on the perimeter, I expect Kyrie Irving to be able to utilise his step-back jumper. It looks set to be a high-scoring game, so look for Kyrie to chip in with his three-pointers.