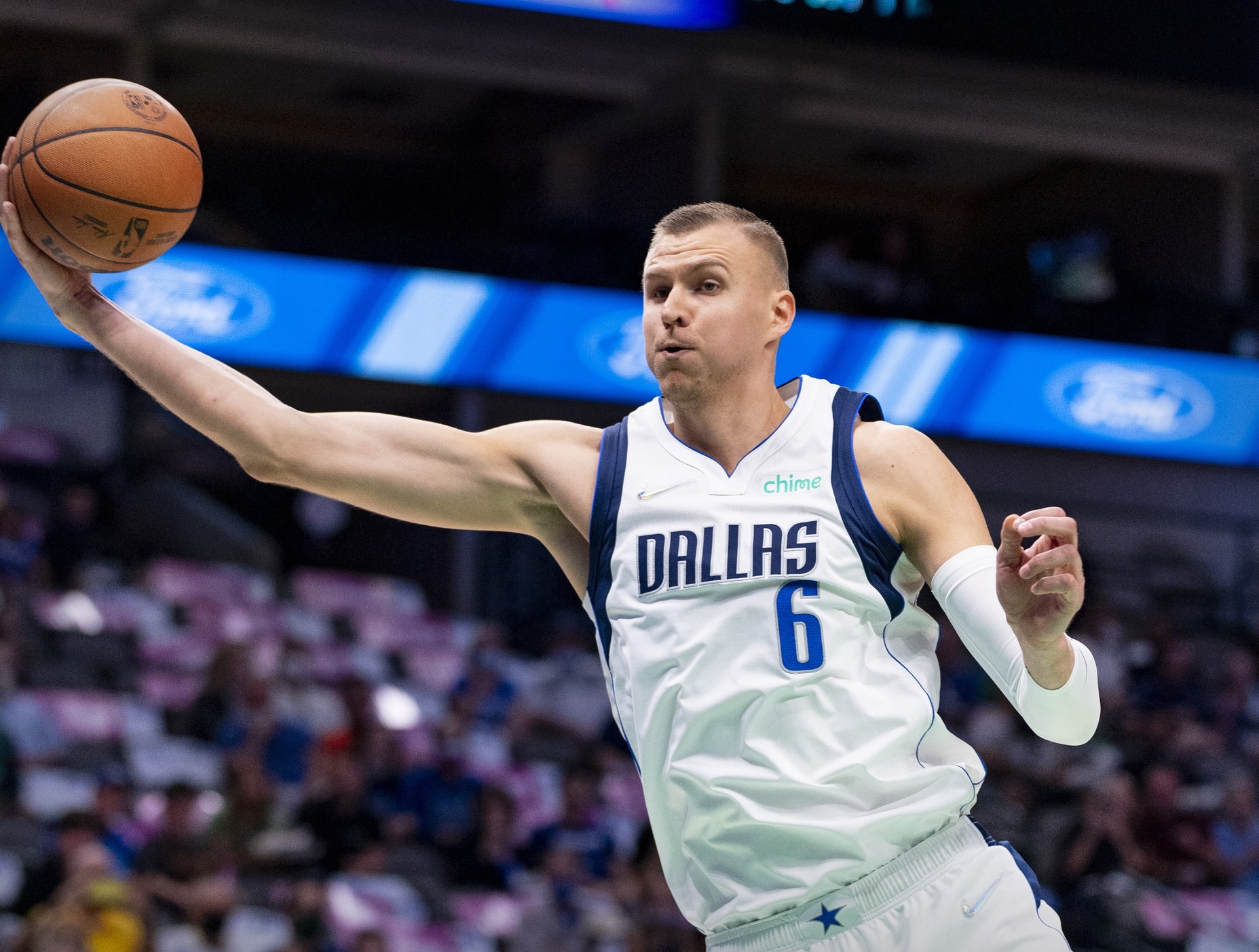 Their are 8 games on tonight’s NBA slate as teams look ensure they get off to a fast start this season. Playoff contending teams like the Dallas Mavericks and Los Angeles Clippers will be trying to pick up their first wins of the season following opening night losses. Do not forget you can see our full game previews for tonight’s action here.

While Dallas Mavericks forward Kristaps Porzingis was far from efficient in his season opener against the Hawks, the Toronto Raptors should represent a good matchup for the Latvian big man. The Raptors have been deploying Precious Achiuwa as their starting center, and while he is active on the glass he is not the strongest defender out there. Montrezl Harrell was able to exploit him to the tune of a 22-point effort in their season opener. With a much more versatile offensive arsenal, Porzingis should be able to do the same. He managed to score over 20 points in both games against the Raptors last season and there is nothing to suggest he cannot do the same here, especially with the Raptors fatigued after playing in Boston last night.

Be sure to check out our full game preview for Dallas Mavericks vs. Toronto Raptors.

Since coming into the league De’Andre Hunter of the Atlanta Hawks has shown his versatility on both ends of the floor, and tonight’s matchup against the Cleveland Cavaliers should allow him to fully showcase his capabilities. Since drafting Evan Mobley, the Cavaliers have often deployed three big men lineup, with their rookie being joined on the floor by Jarrett Allen and Lauri Markkanen. Hunter has the size to deal with Mobley and Markkanen on the defensive side. Offensively, he should have the speed and physicality required to cause this trio problems, especially off the dribble.

In the 23 games that Hunter played last season he managed a touch under 22 PRA per game. With such a big frontline against him here, look for him to make more of a concerted effort to crash the boards. I am expecting him to put up a line in the region of 15-points, 6-rebounds and couple of assists. Back the over.

Be sure to check out our full game preview for Atlanta Hawks vs. Cleveland Cavaliers.

Keldon Johnson of the San Antonio Spurs is off to a very fast start this season after picking up 15 points in 28 minutes against the Magic and then 27 points in 37 minutes against the Nuggets last night. Considering the Magic game was a blowout it would have been fair to expect him to manage around 20-points had he played around 35 minutes. He looks to be one of the go-to players for the Spurs this year and should take at least 15 shots tonight. So far this season he has only managed 4 rebounds per game but after averaging 6 last year, he should be able to get back to that. Milwaukee may not be the easiest opponent matchup wise, but they do get involved in high scoring games, and Johnson should benefit from that here.

Be sure to check out our full game preview for Milwaukee Bucks vs. San Antonio Spurs.

Memphis Grizzlies big man Steven Adams should have a favorable matchup here against the Los Angeles Clippers as he will be lining up against Ivica Zubac. The Croatian is a solid presence in the paint but could struggle to keep Adams off the offensive glass. Adams is one of the best players in the league in this category and should be able to create himself a few scoring opportunities this way tonight. Ja Morant is a clear offensive leader for the Grizzlies but he has a tough matchup against Eric Bledsoe tonight so he may look to exploit the Adams pick and roll more than ever. A double-double for him tonight is definitely not out of the question.

Be sure to check out our full game preview for Memphis Grizzlies vs. Los Angeles Clippers.