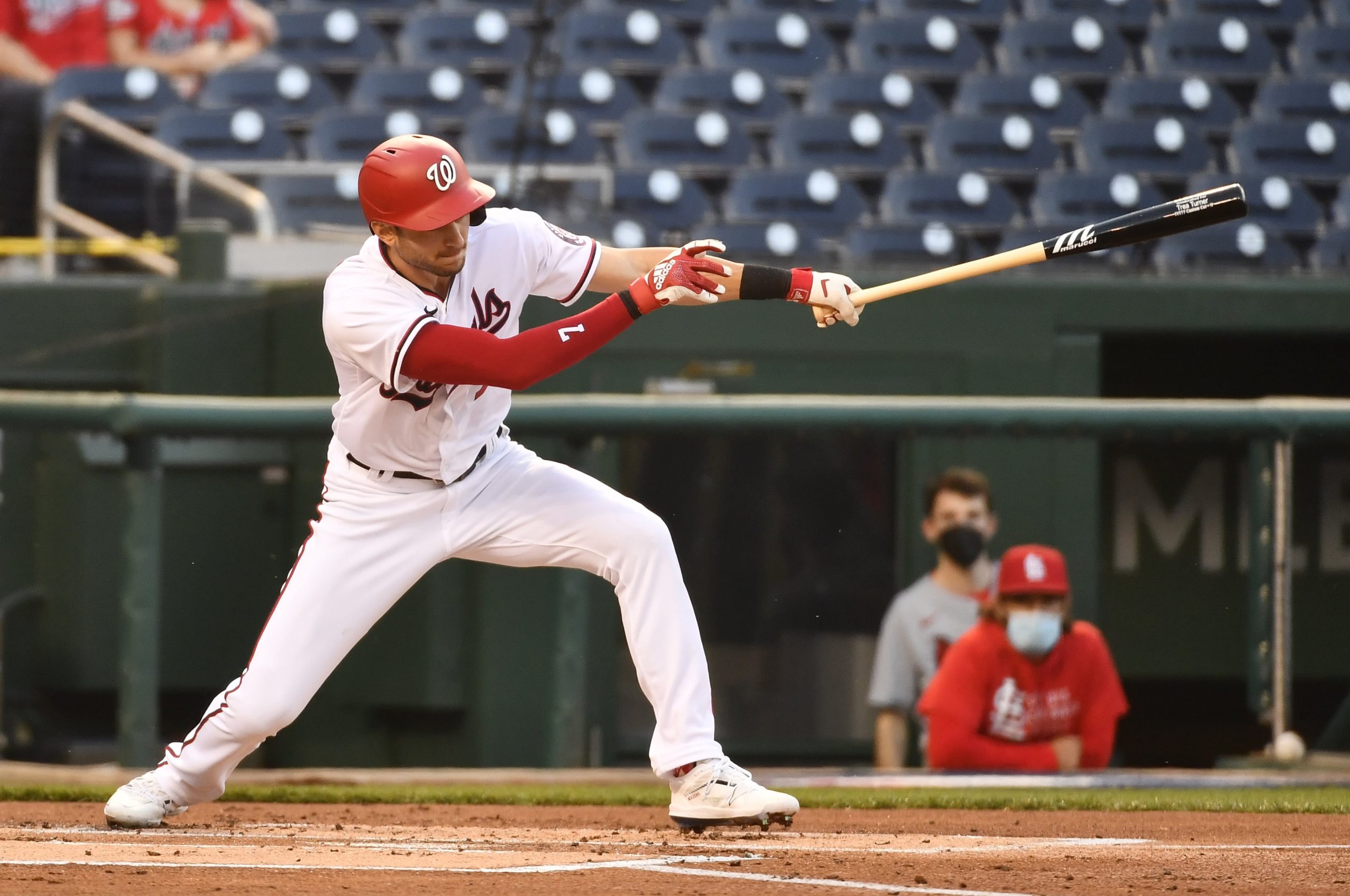 We’ve got a full slate of 15 MLB games on Sunday, and there are a lot of options out there for bettors to consider. I’ve got two player props that I am looking at specifically, and I will cover those here this morning. Before you place your bets on these, make sure you also check out our picks for the side and total for every MLB game.

Getting this much plus-money is definitely appealing in this matchup. Trea Turner is having a tremendous year at the plate with a .320 batting average and 55 hits in 42 games. He will be facing Baltimore starting pitcher Matt Harvey on Sunday, and opponents are hitting Harvey at a .306 clip when he pitches on the road.

Turner has all of the intangibles that we want in a player prop like this. He does not strikeout a whole lot, he can hit the ball to all fields, and he hits at the top of the order which is a huge plus. In addition, his speed can put pressure on infielders and there is always the possibility of infield hits. He does not walk a lot either, as his walk rate is in just the 14th percentile according to Baseball Savant. That tells us that he is looking to hit and likes to swing the bat early in the count.

Turner put together a two-hit day on Saturday, and there is good value on that happening again on Sunday against Harvey.

The second player prop that I really like is J.A. Happ to stay under 3.5 strikeouts against the Indians. Happ is now a 38-year-old soft-tossing lefty who is not generating many swings-and-misses this season. He has gone over 3.5 strikeouts just once on the year, and that was all the way back on April 6 against the Tigers. Even in his near no-hitter against the Pirates in which he went 7.1 innings, he generated just three strikeouts.

Happ’s strikeout rate of 13.4 percent is in the bottom four percent of the league, and his chase rate is in the ninth percentile. The Indians have had their problems at the plate this season, but striking out has not necessarily been one of them. Cleveland’s 362 strikeouts on the year are the third-fewest in the American League, and Happ is by no means an overpowering pitcher.

Happ has faced the Indians once already this season and he pitched 7.0 innings with just three strikeouts. That was just one of two starts in which he has gone that deep into the game, and he is averaging just 5.0 innings per start. The Cleveland bats should be more prepared facing him the second time around, and that should result in a minimal amount of strikeouts.