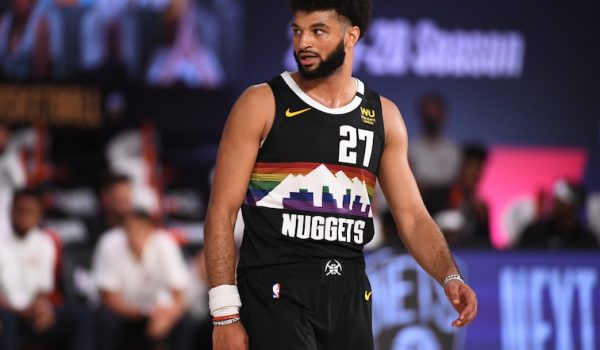 Happy Sunday everyone! We are riding high with a 10 game slate of NBA action. The biggest storyline of the weekend will surely be Lebron’s ankle injury as he looks set to miss significant action for only the second time in his illustrious career. As far as props go, I’ve got my sights set on a couple an elite scorer and an elite role player who look like they’re both in a great position to do what they do best. Before we get the prop party started, check out our full game previews with picks and analysis.

I’m coming off a nice day as my partner Pips and I joined forces to go 4-2 on a PipStarz card. We will be releasing our joint cards every Friday here on Pickswise for the remainder of the season. Below, I have laid out two prop bets that I’m playing, my analysis for each bet, and why I feel they are undervalued.

Came so close to a monster 9-2 night .. Barnes and Dame missed by a point but still pleased overall. You take the good with the bad. Off to the lab I go .. 🙏🏼 pic.twitter.com/VF74cviefE

The talented combo guard has proven to be one of the most gifted natural scorers in the league today. Murray burst onto the national spotlight when he helped lead the Nuggets to an improbable run all the way to the Western Conference finals last year. Murray still struggles with consistency and can be quite streaky as he routinely strings together games where he struggles scoring.

The former Kentucky Wildcat was in one of those aforementioned funks as he recently failed to score 20 points in five straight games, despite averaging 21.1 points this season. Murray appears back on track after notching 34 points in an overtime thriller vs Chicago on Friday. Murray also looked like he was on the way to another big game in the Nuggets’ previous game versus the Hornets after scoring 19 points in the opening 3 quarters. However, his night ended prematurely as he was on the bench for 4th quarter due to a Nuggets blowout victory.

Murray will square off against a Pelicans team that ranks 27th in Defensive Efficiency and allows opponents to score 115.4 points per game. New Orleans surrenders the fifth-most points to opposing points guards allowing them to score 25.57 points over 48 minutes. The Pelicans have been getting torched by opposing backcourts to the tune of a ridiculous 49 points per game. The Pelicans also struggle defending the perimeter as they allow opponents to shoot a hair under 40% from deep. Murray gets over a third of points on three-pointers and should see plenty of good looks.

With Murray looking like he’s back on track and the Pelicans allergic to defense, this sets up nicely for Murray to have a big scoring night. I project Murray to score 23 points in what should be an entertaining matchup between two of the most talent-rich young teams in the league today.

Kleber has flown under the radar and been an unsung hero for the Mavericks. Due to multiple injuries in the Dallas frontcourt, he’s averaged 35 minutes over the last four games. The German big man has scored double digits in four of his last six games and is playing his best basketball of the season.

He’s eclipsed this total in 11 of 14 games and five of the Mavericks last six games. He’s also been extremely efficient nailing 46.5% from beyond the arc. He gets to face a Portland team that he just hit 4/7 three-pointers against on Friday.

The Blazers are giving up 13 three’s a game, good for the ninth most in the leagues. With Kleber in a great shooting rhythm and averaging 1.9 three-point makes a game on the season, I like his chances to make at least two more tonight.

Be sure to check out our full game preview for Dallas Mavericks vs. Portland Trail Blazers.