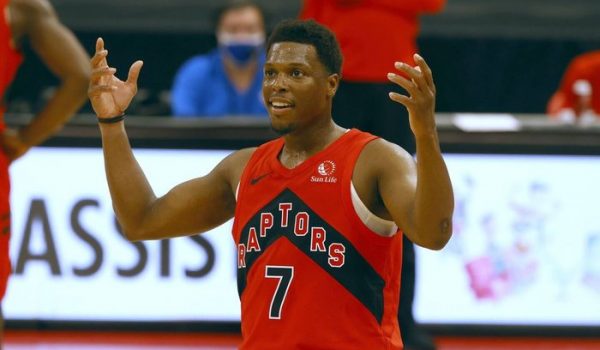 Happy Sunday everyone! We’ve got a tiny four game slate today as well as an unusually early tip-off. There are no shortage of fascinating storylines, highlighted by the debut of some familiar faces in some unfamiliar uniforms. After a whirlwind of activity before the trade deadline, we’ll get our first look at some playoff contenders who sought to bolster their rosters, in addition to some teams who chose to accelerate the rebuilding process. Before we get into my favorite prop bets,  make sure you check out all of our experts’ thoughts on the side and total for each of those games.

I went 2-0 on my last Pickswise article so I’m determined to carry over the momentum to to today. Today I’ve got my sights set on two of the NBA’s best point guard’s. Below, I have laid out two prop bets that I’m playing, my analysis for each bet, and why I feel they are undervalued.

We had a heartbreaking miss with Gordon who managed 10 AR in 19 foul plagued mins and we got hooked.

Hopefully we can find 1-2 plays this weekend that check all the boxes. pic.twitter.com/GKgeP7M291

Murray comes into today’s match up having scored 20 points in five straight games and an impressive 17 of his last 21 games overall. The former Wildcat is coming off a season high 11 assists against the Pelicans and has notched at least five assists in eight of the Nuggets last nine games. Murray is averaging 6.3 assists in March.

He’ll face an Atlanta Hawks team who allows the 9th most points (24.99) to opposing point guards. Atlanta ranks 19th overall in Defensive Efficiency. Murray also had a nice game versus Atlanta earlier in the season scoring 30 and handing out 4 assists.

There is a touch of uncertainty with this play as Aaron Gordon will be making his Nuggets debut. While it remains to be seen what type of impact Gordon makes, it’s hard to envision him taking many shots away from Murray. I like Murray to score 20 plus points and dish out 5 assists. I am comfortable playing this up to 25.5.

Lowry comes into today’s game averaging 7.4 assists on the season. He’s had at least 7 assists in 10 of his last 13 games. He’s averaging 8.4 assists over this same span. He’s also averaged 9.4 assists in the month of March and and 8.7 since the All-Star break.

The former Villanova alum will face a Blazers team that ranks 29th in defensive efficiency. Portland gives up the 8th most assists per game to opponents. In addition to being a generous team match up, they Blazers surrender the fifth most assists to opposing  point guards, allowing 8.79 per game.

After the addition of Gary Trent who averages  1.4 assists per game, I expect Lowry to assume even more playmaking duties. In what is projected to be a high scoring game, I am comfortable playing this number up to 7.5 and plus odds. I have Lowry projected to hand out 9 assists.