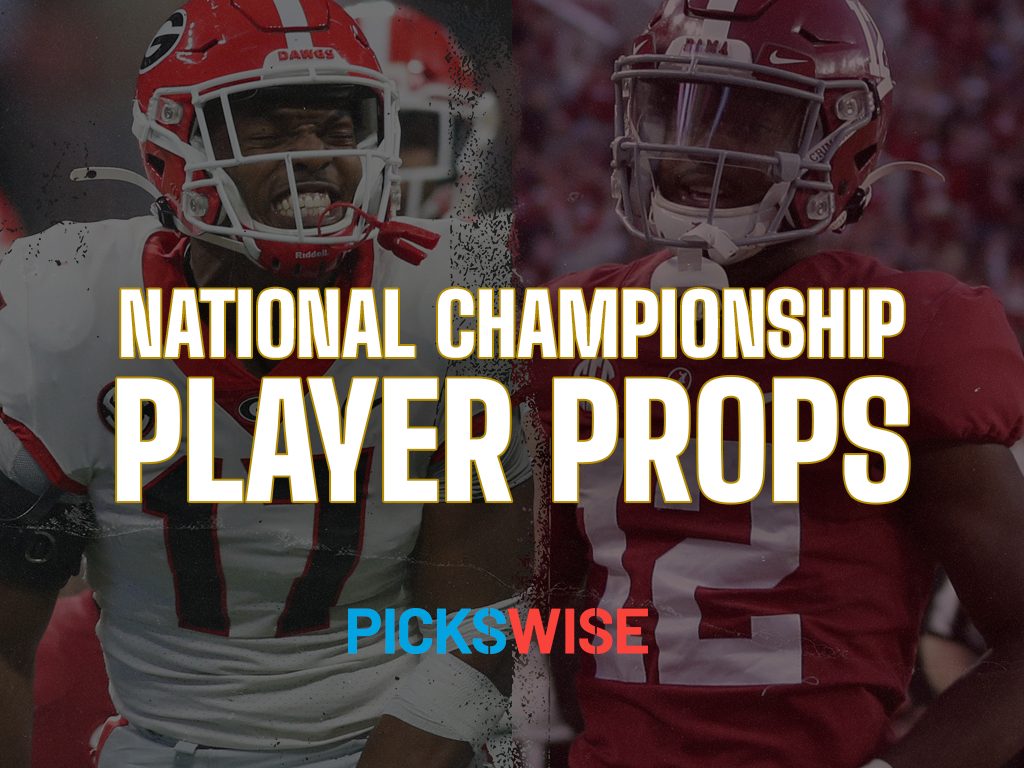 The 2022 college football National Championship is a rare showdown between conference rivals. That doesn’t happen often; in fact, it had happened only once before in the College Football Playoff era (dating back to 2014-15) prior to this season, But the fact that it’s happening again isn’t at all surprising. Nor is it surprising that it’s the same two familiar foes that went head-to-head following the 2017-18 campaign: Alabama and Georgia.

Four years ago, though, it wasn’t a rematch. The two SEC representatives had not met in the regular season nor in the conference championship before the Crimson Tide beat the Bulldogs 26-23 in overtime. This time around, it is a second meeting. In last month’s SEC title tilt, ‘Bama once again got the best of UGA (41-24).

Can the Dawgs turn the tide on Monday? If so, which individual stars will lead them to their first National Championship since 1980? Or will Alabama continue to sit on the throne, led by head coach Nick Saban and Heisman Trophy winner Bryce Young?

Let’s take a look at some of the best college football player props for Monday night’s festivities.

As good as Georgia’s defense is, even that unit learned the hard way that the best way to keep the Crimson Tide out of the end zone is to keep them off the field entirely. The way to do that, of course, is establishing the run and moving the clock. QB Stetson Bennett’s well-documented struggles in this particular matchup give the Bulldogs all the more reason to run, run, and run some more. Enter Zamir White and James Cook, Georgia’s potent duo at running back. Zeus gained only 27 yards on the ground in last month’s contest, but he averaged a decent 3.9 yards per rush and 4.89 yards per touch. During a 34-11 rout of Michigan in the Orange Bowl, White got 12 carries to Cook’s 6 and turned them into 54 yards. I see White getting most of the work on Monday, with enough success to exceed the 40-yard mark.

Check out our full game preview for Georgia vs Alabama

Bennett has been picked off 5 times in the last 2 games against Alabama. Georgia is the all-around better team top to bottom, which means it can – and should – win if Bennett can just eliminate mistakes. The best way to do that is by throwing to old reliable Bowers early and often in the slot or over the middle of the field, eschewing deep balls to receivers. Bowers’ most recent yardage totals are 100, 139 (vs Alabama), and 55. He would have had a lot more in the Orange Bowl, but it was such a beatdown right from the start that Georgia didn’t have to sling it around much at all. Heck, Bowers had 52 yards on the opening drive alone! Even though the Crimson Tide know the ball is going to the freshman tight end, I’m not sure they can do anything to stop it. This one could hit by halftime.

Read my early lookahead to the title game

I like under 52.5 and would lean toward Georgia on the money line, as well. If those two bets hit (or even the under by itself is a winner), you can be almost sure that Young under 2.5 touchdown passes would also be successful. Yes, he had 3 in the SEC Championship; but that was quite clearly the aberration as opposed to the rule for the Dawgs’ defense. UGA leads the nation in points per game allowed (9.5), is second in total defense, third in passing defense, and first in yards per pass attempt allowed. On the other side of the ball, if Georgia can establish the run and minimize the number of overall possessions in the game that will further limit Young’s chances for big production. John Metchie III’s absence hurts Young and Alabama as a whole, too.