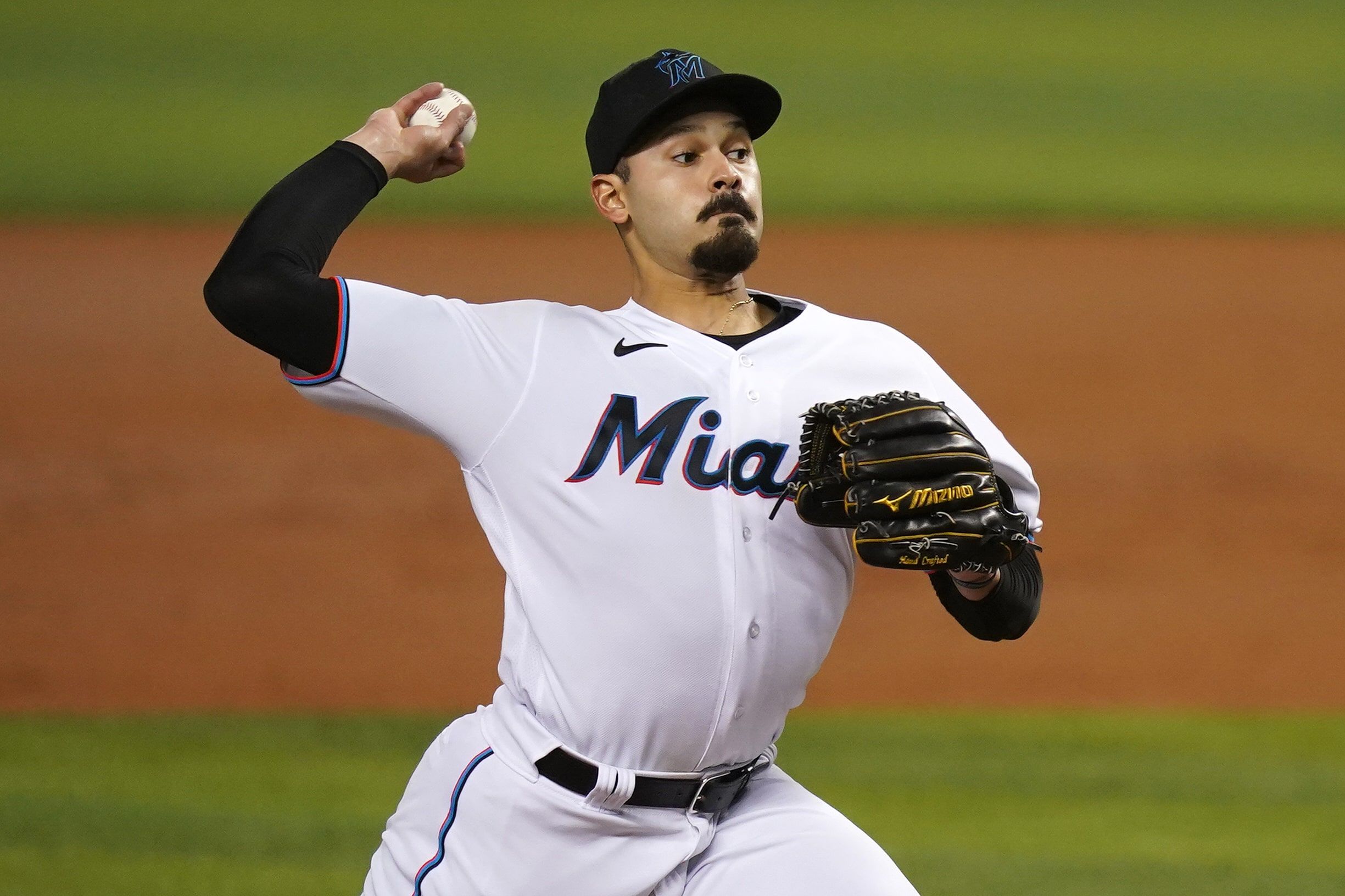 Covering all things sports betting with a focus on MLB and college football. Lifelong sports fan based in the Bayou State of Louisiana. Strong believer that every loss is a bad beat and every win is easy money.
@CG_cashes
Updated: 13:28 PM ET July 06, 2021

After a holiday weekend full of MLB action, the fun continues with 14 games on the schedule for Tuesday night.  That means there are plenty of options for bettors to consider, and I’ve got two player props in mind that I will share here today.  Before I get to those, be sure to check out our full game previews and picks for every MLB game tonight.

Pablo Lopez is probably not a household name, but he is putting together a very strong season. Aside from a 4-5 record, his season stats are impressive, and he has above-average strikeout numbers. Lopez ranks in the 64th percentile among all MLB pitchers in strikeout rate, and he mixes his pitches very well. His arsenal consists of a solid change-up, which he throws 32.3 percent of the time, as well as a steady heater, cutter, sinker and curveball. He does a good job of keeping hitters off balance, and that has resulted in a chase rate that ranks in the 91st percentile among all MLB pitchers this season according to Baseball Savant.

The Dodgers have a very talented lineup, but they are still prone to striking out. Only eight teams have struck out more than the Dodgers over the last 15 days, and Lopez has been much better at home than on the road this season. Lopez owns an impressive 2.01 ERA and .201 BAA at home, and after facing just one batter on Friday before being ejected, his arm will be well-rested. With a fresh arm and a bullpen in desperate need of some rest, Lopez could have a longer leash than normal in this one.  That means more innings, which could lead to more strikeouts.

Dane Dunning has fairly middle-of-the-road strikeout numbers this season, but he seems to have a favorable matchup against Detroit.  The Tigers played their first ever game at the new Globe Life Field in Arlington last night, and you could tell they were not seeing the ball particularly well. Texas starter Kolby Allard struck out a season-high nine Detroit hitters over just 5.1 innings of work, and he had not reached more than six strikeouts in any of his previous 11 outings.

The Tigers have been heating up at the plate over the last few weeks, but they are still a team that frequently features four or five rookies in the lineup on a day-to-day basis. Jake Rogers, Eric Haase, Willi Castro, Akil Baddoo and Zack Short are all potential strikeout candidates for Dunning in this one, and even veterans Miguel Cabrera and Jonathan Schoop struck out a combined four times in last night’s game.

Dunning loves pitching at home, as he holds a 2.63 ERA at Globe Life Field (compared to a 6.55 ERA on the road), and he has racked up 48 punch outs in 41.0 innings at home this season.  Look for the right-hander to keep the Ks coming against the Tigers.