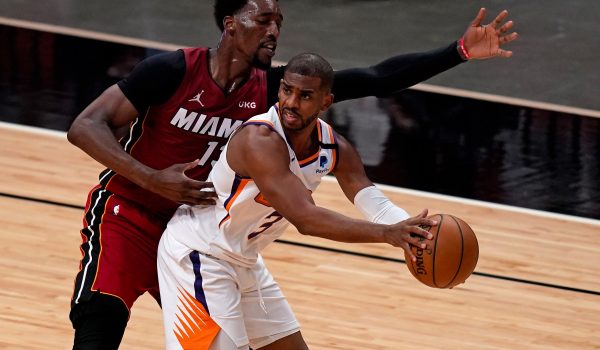 Happy Tuesday everyone! We’ve got a six-game slate on tap in the NBA. This should be an excellent spot for prop bettors with five out of six games posted with a spread of four points or less. Before we dive into my favorite prop bets, make sure you check out all of our experts’ thoughts on the side and total for each of those games.

I’m off to a great 9-3 start at Pickswise, but I’ve got two more strong plays in my sights, so we will try to make it 11-3. Below, I’ve broken down two of my favorite bets and why I think they offer some nice value.

Marcus Morris has been lights out shooting this season. In his last 30 games, he is shooting 48 percent behind the three-point line. He’s increased his scoring average increased every month, and he is currently averaging 14.2 points per game in April.

Kawhi Leonard is OUT today, and Morris has is averaging 19 points in the seven games without Leonard. The Clippers rely on his scoring a lot more after trading Lou Williams for Rajon Rondo at the trade deadline. Without Kawhi on the floor, Morris serves as the Clippers secondary scorer behind Paul George.

He has a great matchup against the Pacers. In the first game between these two teams, he went off for 20 points in a blowout victory. Pacers will also be playing without their defensive lynchpin, Myles Turner.

Be sure to check out our full game preview for Los Angeles Clippers vs. Indiana Pacers.

Chris Paul is in the midst of an MVP caliber season. He is averaging 16 points, 4.7 rebounds, and 8.7 assists while also serving as a great veteran leader on a young and inexperienced Phoenix team.

Chris Paul has been struggling to score of late. He stayed under this total in the three straight games, scoring 13, 11, and 9 points. Today he’ll have the unenviable task of facing the league’s best point guard defense. Miami is allowing 20.5 points per 48 minutes to the opposing point guards. They often double opposing ball-handlers in pick and roll situations because Miami’s center Bam Adebayo is versatile enough of a defender that he’s able to seamlessly switch on guards. These teams met two weeks ago and Chris Paul scored only eight points.

Additionally, Chris Paul is almost 36 years old, and this his sixth game in the last ten days and the second game of a back-to-back.

Be sure to check out our full game preview for Miami Heat vs. Phoenix Suns.