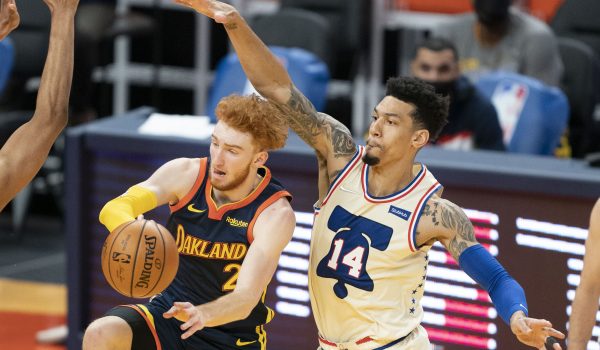 Happy Tuesday everyone! Quality over quantity is the order of the day, as we’ve got a four-game slate on tap in the NBA. There appear to be only two potentially competitive matchups as the Denver Nuggets are playing against the best team from the eastern conference, the Philadelphia 76ers. Before we dive into my favorite prop bets, make sure you check out all of our experts’ thoughts on the side and total for each of those games.

I’m off to a 6-2 start at Pickswise but I’ve got two more strong plays in my sights so we will try to make it 8-2. Below, I’ve broken down two of my favorite bets, and why I think they offer some nice value.

Before you bet any sides or totals, check out our experts’ analysis for all of the games on the docket tonight.

I m still not satisfied with the recent results.
March is my worst betting month since 2018. pic.twitter.com/apPLX48tmN

Micheal Porter Jr. is finally playing great, consistent basketball. He scored 15+ points in the 11 straight games and has an average of 20.8 points over that period.

They are playing against Philadelphia today. Denver’s first two offensive options will have tough matchups. Jokic is going against Dwight Howard, and the DPOY candidate Ben Simmons should guard Jamal Murray.

Danny Green should be responsible for Michael Porter Jr, and he will have trouble contesting his shots because of the MPJ size advantage.

Be sure to check out our full game preview for Denver Nuggets vs. Philadelphia 76ers.

Danny Green is shooting incredibly this season. In the last 25 games, he is shooting 43 percent behind the three-point line, having an average of 2.9 threes made over that period. He is currently in the best form of the season, scoring 4.8 threes on average over the last six games while shooting 54 percent.

He is playing against Denver, which allows the fourth-most made three-point shots to the opposing small forward. Denver usually helps a lot with wing defenders in pick-and-roll defense, so they leave the corners wide open. Also, he will be guarded by Michael Porter Jr., who is probably Denver’s worst off-ball defender.