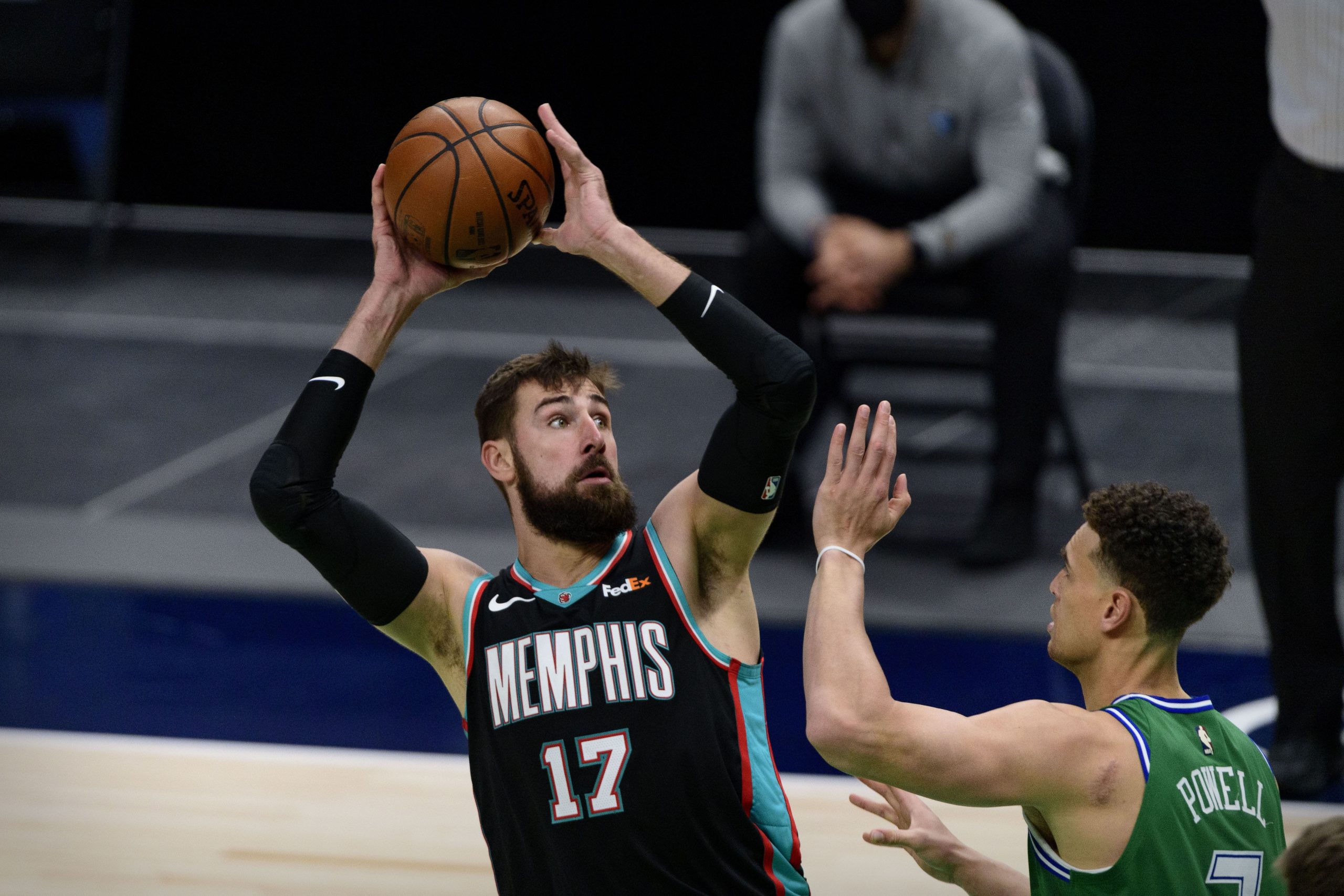 The NBA train keeps rolling tonight with a huge 11-game slate for us to enjoy. The Utah Jazz will be looking to establish their title credentials as they take on James Harden and the Brooklyn Nets. We will also get to see the second game of the season between the Milwaukee Bucks and the Boston Celtics. Considering the first game was decided by a buzzer-beating three from Jayson Tatum, this one could very well be a classic. Make sure you check out our picks on the side and total for all those matchups.

In the meantime, let’s take a look at some of the best player props for tonight’s games.

In the two games that Jonas Valanciunas has played against the Thunder this season, he has been able to dominate their front line by averaging 19 points and 13 rebounds on 68 percent shooting from the field. Al Horford simply lacks the size to keep him out of the paint and from dominating the glass. And the new Thunder starter Moses Brown, although physically imposing standing at 7’2″, still lacks the experience to deal with a veteran big like Valanciunas.

The Memphis big man has been terrific in the month of March, especially when it comes to rebounding, averaging just a touch over 15 a night. If he is able to get close to or above the 19 points he manages to score against the Thunder this year, this total should fall without too much trouble.

Be sure to check out our full game preview for Memphis Grizzlies vs. Oklahoma City Thunder.

Mason Plumlee is arguably one of the best screen setters in the league, managing to take his teammate’s man out of the play often leading to wide-open shots from deep for the Pistons. He averaged 4.7 assists per game in February as he was super effective in running a screen and hand-off play, especially with Wayne Ellington being the man collecting the ball off him.

Ellington has missed the last four games for the Pistons but may be returning tonight. In the games he missed, Plumlee recorded assist totals of 3,1,2 and 0. In the four games prior to that stretch and with Ellington in the line-up, he managed 6,3,4, and 10. If he returns tonight, so should Plumlee’s assist numbers.

Be sure to check out our full game preview for Detroit Pistons vs. Indiana Pacers.

The Orlando Magic have been reliant on Nikola Vucevic doing it all lately, and he has been delivering. In the month of March, the big man from Montenegro is grabbing 12.2 rebounds per game whilst dishing out 4.4 assists per night. He has cleared this total in four of his last five games and with his rebounding capabilities, could clear this line without dishing out a single assist.

The last time these two teams met he was unable to get any assists but that should change here as Evan Fournier and Aaron Gordon will now be available to him. And with Fournier coming into this after a 31-point game against the Nuggets, he should be locked in to knock down any shots coming his way. With Ayton in the paint for the Suns, Vucevic should not be pulled too far out from under the basket on the defensive end, leaving him to grab rebounds. And with Ayton being a good physical defender, look for him to pass the ball off more. Back the over here.

Be sure to check out our full game preview for Phoenix Suns vs. Orlando Magic.

This one is certainly a bit of a long shot, but the stage is set for Kyle Lowry to have a big night here, especially as it may be his last in a Raptors uniform. The trade rumors have taken off after the Raptors fell to the Houston Rockets, with the 76ers or the Heat looking like the most likely landing destinations for him. And with the trade deadline on Thursday, this could be the last home game for the greatest Raptor of all time.

He has managed to record two triple-doubles so far this season and do not be surprised if he puts the team on his shoulders tonight and stops them from losing their 10th game in a row. The Nuggets played last night against the Magic, so they could be on tired legs too. Considering the circumstances and the odds, I feel like this one is worth a shot.

Be sure to check out our full game preview for Denver Nuggets vs. Toronto Raptors.