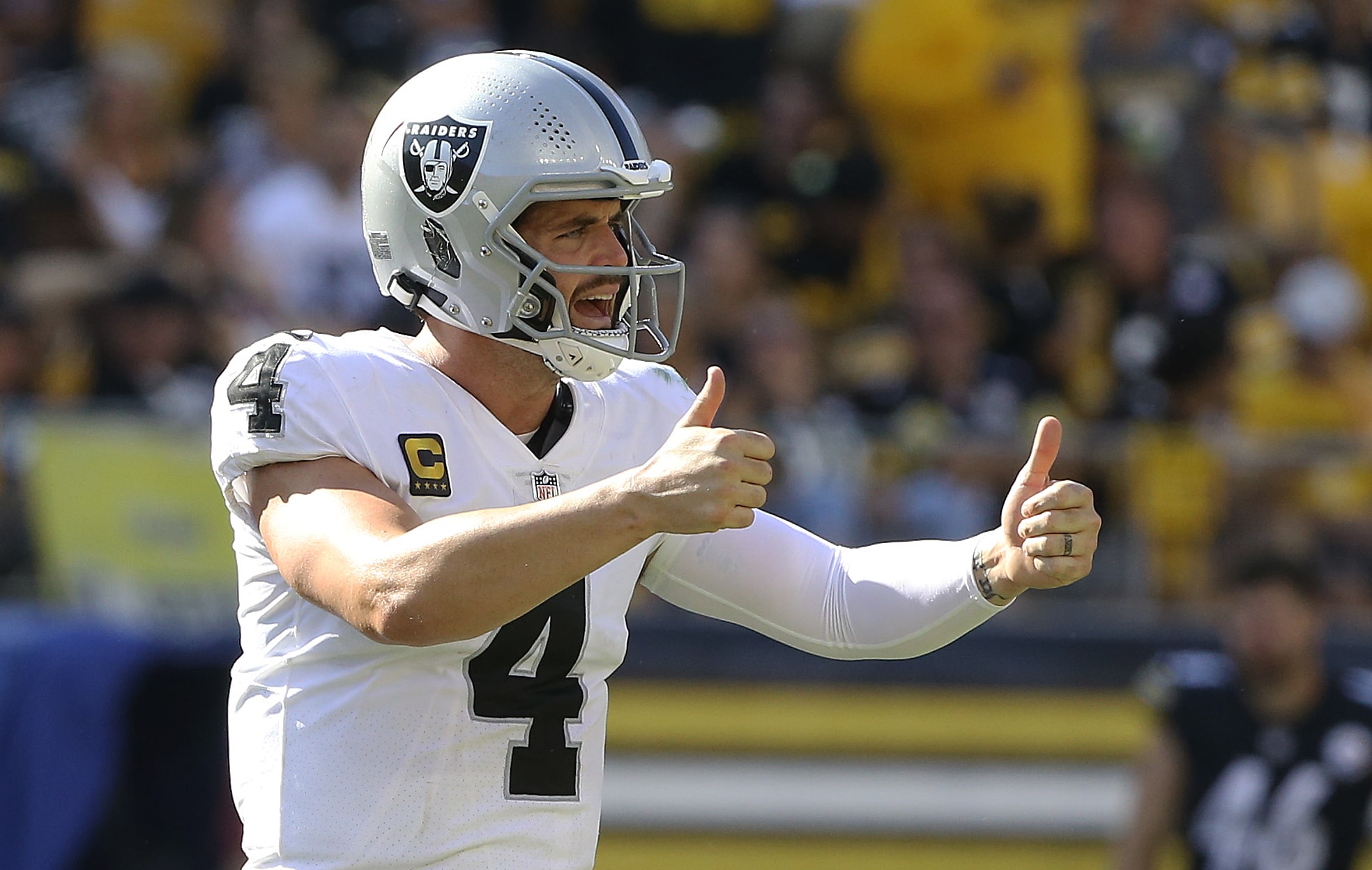 The Monday Night Football game will see the Los Angeles Chargers take on the Las Vegas Raiders. Here we will need Chargers’ quarterback, Justin Herbert, to throw for at least 325 yards. Herbert has reached this mark in 2 of their 3 games, so against a defense that is still allowing a decent amount of points, this prop looks to be worth a play.

For this prop, we will need the Chargers’ top receivers to combine for at least 200 yards. They have averaged 184.3 yards per game and even though they have not reached 200 combined yards in a game yet, this looks to be a spot worth backing a big performance.

This prop focuses on Derek Carr throwing at least 1 passing touchdown in each half. So far, he has been able to throw a touchdown in both halves in only 1 game with the other 2 games featuring touchdowns in only the second half. This prop will likely depend on how the Raiders start the game, as they have been a bit slow out of the gates in most of their games so far. The Chargers’ defense has been pretty good, so staying away from this prop looks to be the better option.

This looks to be one of the better odds boosts as Derek Carr has had a fantastic start to the season. He has easily surpassed 325 passing yards in all 3 games and has recorded 2 passing touchdowns in each game as well. Based on that success, backing this prop is more than worth a play.

As mentioned above, expecting Justin Herbert to surpass 300+ passing yards looks to be a solid play. Though this odds boost will add a Chargers win into the mix. Our experts like the Chargers to both win and cover, so this also looks to be an odds boost worth playing.

Darren Waller has clearly established himself as one of Derek Carr’s favorite targets and tonight we will also need him to have a big game. He has easily recorded more than 50 receiving yards in all 3 games so far, but only has 1 touchdown. Still, with the amount of targets Waller is expected to get, backing this prop does look to be worth a play.