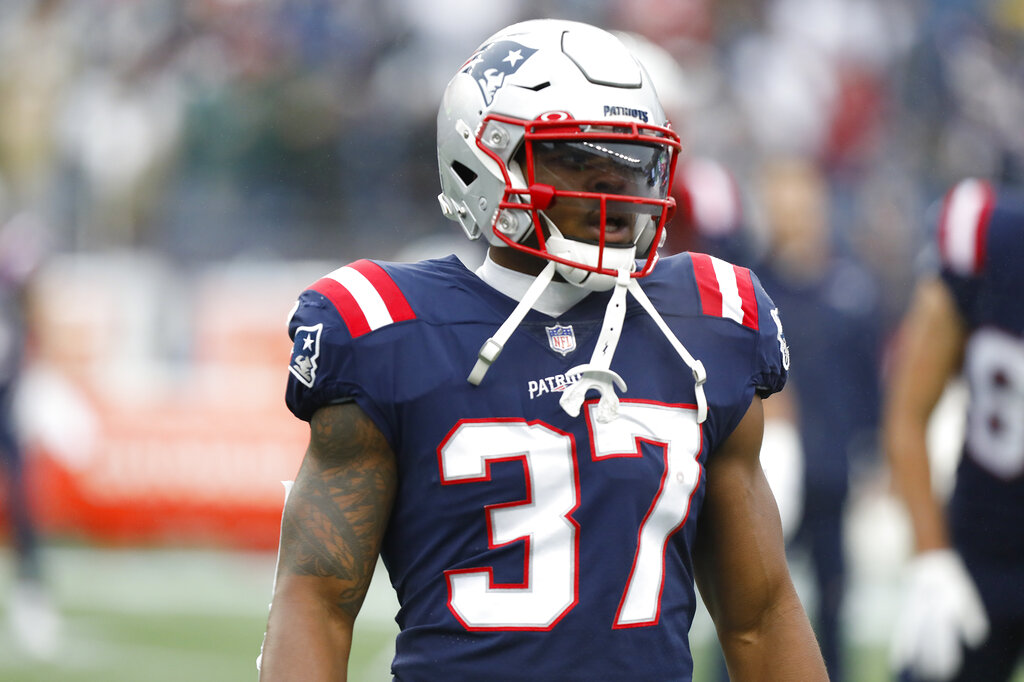 For this prop, we will need New England RB Damien Harris to record at least 90+ rushing yards against Buffalo tonight. Harris is averaging 61.9 rushing yards per game this season, so there have been plenty of games in which he has not performed well. He has reach at least 90 rushing yards in just 5 of the 15 games he played in, but 2 of those came against the Bills defense. Because the weather is expected to be cold, we may see both teams running the ball more often, and because of his success against the Bills this season, backing this prop looks to be worth a small play.

This prop focuses on the Tampa Bay Buccaneers’ Sunday playoff game against the Eagles. We will need Rob Gronkowski to score a touchdown in the 1st half. It does help that the Bucs receiving corps is somewhat depleted, making Gronkowski one of the main targets for Tom Brady. The Bucs still should not have much issue moving the ball down the field on the Eagles’ defense and Gronkowski makes a perfect red-zone target. For that reason, this prop looks to be worth a small play.

This prop focuses on Joe Burrow and we will need him to throw for at least 3 touchdowns against the Raiders today. Burrow threw for 34 touchdowns this season, an average of about 2.1 touchdowns per game. He has ramped up his production recently, throwing for 4 touchdowns in each of his last 2 games. Against the Raiders in November, he threw for just 1 touchdown, but that was partly due to the fact that the Bengals had already run away with the game. This afternoon will be his first career playoff game, and he should be able to continue his recent success through the air. For that reason, this prop looks to be worth a play.

This prop focuses on Seth Curry of the 76ers and Duncan Robinson of the Heat and needs them to combine for at least 7+ 3-pointers made in their NBA game today. Curry is averaging just 1.8 3-pointers made per game this season, while Robinson is averaging 3.1. Robinson failed to record a 3-pointer last night and did not even score in the game against the Hawks. For that reason, this prop looks best avoided.

For this prop, we are focusing on the New York Knicks as they play the Atlanta Hawks tonight. We will need the Knicks to win the 1st quarter and win the game. The Hawks tend to get off to slow starts and when they finally catch up, they can also play poorly in the 4th quarter. The Knicks crushed the Hawks on Christmas Day and a similar result seems likely. For that reason, this prop looks to be worth a play.

This prop focuses on the first NFL playoff game of the day, the matchup between the Cincinnati Bengals and the Las Vegas Raiders. We will need Ja’Marr Chase and Hunter Renfrow to each score at least 1 touchdown. Chase recorded 13 receiving touchdowns this season and quickly became the favorite target for Joe Burrow. Throw out the Week 18 game against the Browns because mostly backups were playing, but in the week prior, he had 3 touchdowns against the Chiefs. He also had the lone receiving touchdown against the Raiders in November.

Renfrow had 9 receiving touchdowns on the season, including 5 in his last 5 games. Derek Carr will likely target Renfrow plenty in this game, so backing this prop looks to be worth a small play.