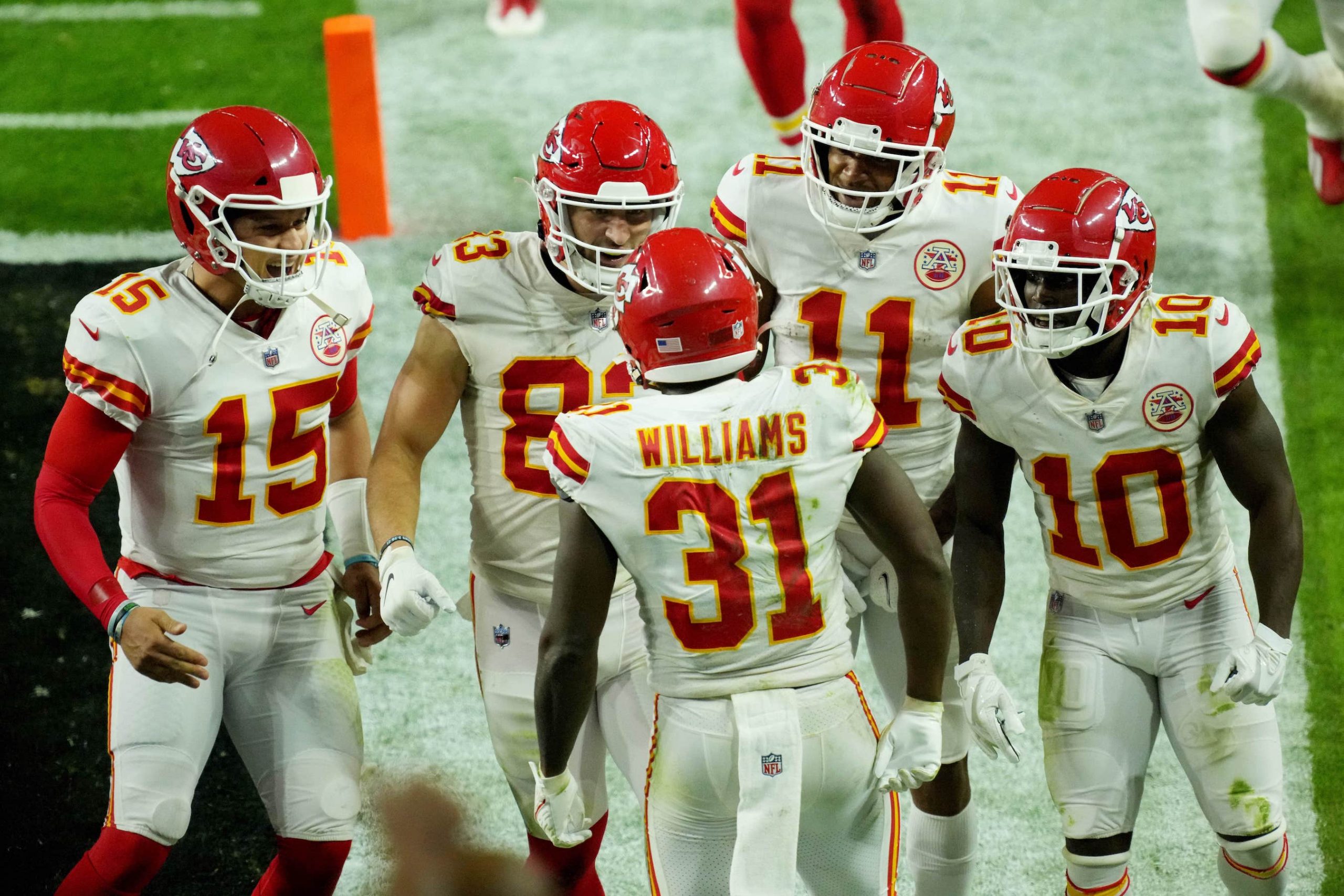 We have put together a list of all of the day’s best odds boosts, which today are from DraftKings Sportsbook, FanDuel Sportsbook, and PointsBet Sportsbook. We’ll discuss whether or not they are worth playing.

First off, we’ll have some plays from Pickswise’s newest analyst The Promo Guy (@ThePromoGuy123). Every day you can find his recommendations and analysis exclusively on Pickswise. Let’s dive in:

Leonard Fournette to score a touchdown – Boosted to +110 (DraftKings)

This prop will need Antonio Gibson to record 100+ rushing yards against the Raiders. Gibson is averaging 64.7 rushing yards per game this season and went over 100 yards for the first time in last week’s game against the Seahawks. With J.D. McKissic ruled out for this game, Gibson is likely to get the bulk of the carries. The Raiders’ rushing defense is in the bottom third of the NFL as well, so in a game that we expect to be lower scoring, backing Gibson to have a big game running the ball looks to be worth a play.

For this prop, we will need Cooper Kupp to record at least 100 receiving yards. Kupp has been electric all season, averaging 112.4 yards per game. He has gone over 100 yards receiving in 6 games so far and has come within 8 yards in 4 other games. Playing the Jaguars should only help, as well, because they are just not good. For that reason, backing this prop looks to be worth a play.

Going back to the Sunday Night game between the Broncos and Chiefs and here we will need Jerry Jeudy to record 50+ receiving yards and for the Broncos to win. Jeudy is averaging 50.6 receiving yards per game, but has only played in 5 games this year. We also like the Broncos to cover tonight, but an outright win feels too much to ask for. For that reason, this is a prop that should likely be avoided.

Be sure to check out all of our NFL picks for today’s action.

For this parlay, we will need 3 NHL teams to win their games. That being the New York Islanders against the Chicago Blackhawks, Toronto Maple Leafs against the Winnipeg Jets and the Edmonton Oilers against the Los Angeles Kings. Our experts love the Oilers tonight and would also lean to the Maple Leafs. As for the Islanders, they have been struggling, but a matchup against the Blackhawks still looks favorable. For that reason, backing this parlay is likely worth a small play.