HomeAnalysisNFL AnalysisBetter bet to win the AFC: Patriots or Titans?

Better bet to win the AFC: Patriots or Titans? 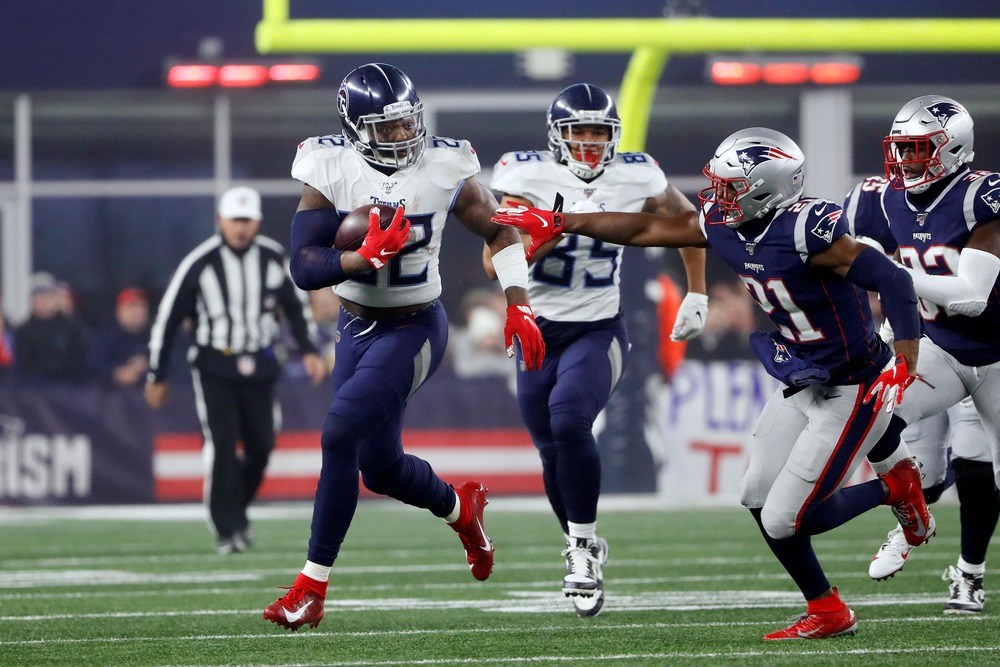 As the NFL traipses through an usual offseason amidst the ongoing coronavirus pandemic, the New England Patriots and Tennessee Titans have been two of the teams making the most headlines. In their effort to replace Tom Brady, who signed a two-year contract with the Tampa Bay Buccaneers in March, the Patriots agreed to terms with former Carolina Panthers quarterback Cam Newton. The Titans were in the running for Brady’s services until they re-signed Ryan Tannehill to a four-year deal. They also inked star running back Derrick Henry to a four-year, $50 million extension.

Those transactions have cemented the respective statuses of New England and Tennessee as two of the biggest threats to the Kansas City Chiefs and Baltimore Ravens in the AFC. Make no mistake about it: Kansas City and Baltimore are still the overwhelming favorites. The Chiefs (+325) are the defending Super Bowl champions and boast the 2018 NFL MVP in Patrick Mahomes, who just signed the biggest contact in NFL history. The Ravens (+350) compiled the best record in the league last season at 14-2 and they also have one of the best quarterbacks at their disposal in 2019 NFL MVP Lamar Jackson.

But the Patriots and Titans are certainly realistic challengers. Which one is the better bet in the AFC?

It is a new era in New England, where Brady departed one year after tight end Rob Gronkowski retired (Gronkowski has since come out of retirement, joining Brady in Tampa Bay). The Patriots appeared to be starting over with Jarrett Stidham as their new quarterback, but it looks like a different former Auburn signal-caller will be handed the reins. There is no denying that Newton is wildly talented, but he played in only two games during his final year with Carolina because of a foot injury. He is not exactly a slam dunk to excel with Patriots, who already took a step back in 2019 with playoff loss to Tennessee in the wild-card round.

After upsetting New England, the Titans went into Baltimore and stunned the top-seeded Ravens. Only at the hands of eventual Super Bowl champion Kansas City did their impressive run end. Head coach Mike Vrabel’s squad is set up nicely for more success now that there are no contract concerns involving Henry and Tannehill. There are two things that Tennessee does especially well: run the football and stop the run. If you want to be a winning football team—especially in the playoffs—those are two things you need to do.

New England is not necessarily on the way down now that Newton is on board, but Tennessee is without question a team on the rise heading into the 2020 campaign (be sure to check out our weekly NFL expert picks for every game of the upcoming season). Even though Bill Belichick is arguably the greatest coach ever, Vrabel is no slouch; he even “out-Belichicked” Belichick in the playoffs last season. Vrabel now has valuable experience under his belt, and he is without question armed with a dangerous roster led by Henry.

With longer odds (+1400 to New England’s +1000), the Titans are a better bet to surprise Kansas City and/or Baltimore and steal the AFC crown.