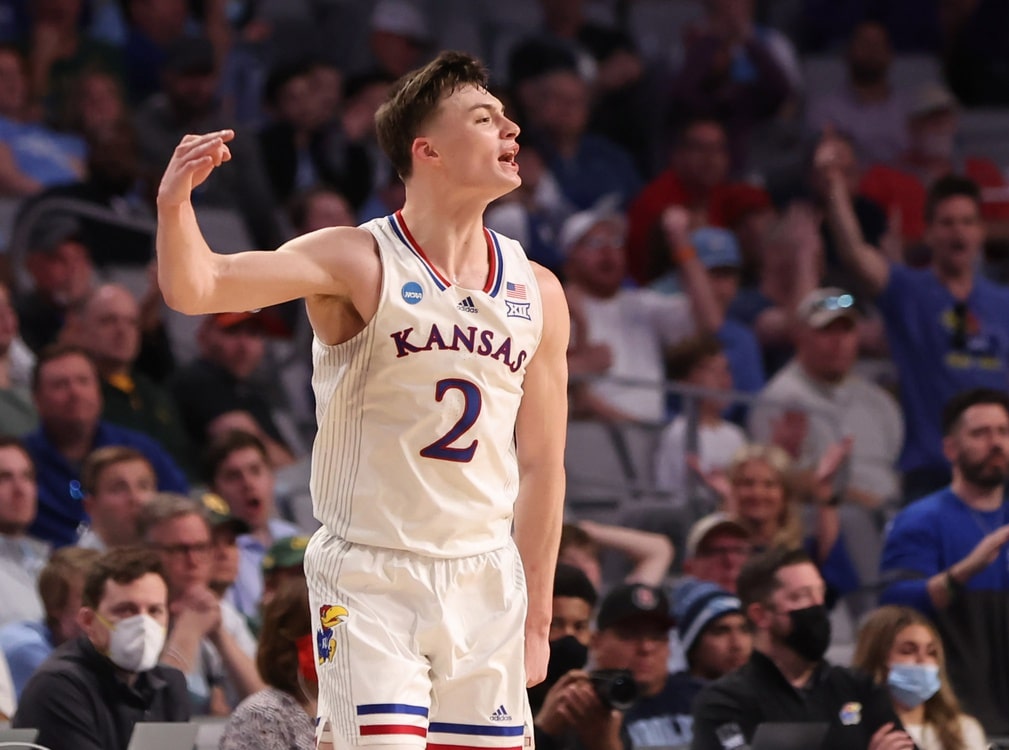 The dust has settled, and there are only a few games left. The second weekend of the NCAA Tournament is in the books, and it was a rollercoaster. With the Elite 8 wrapping up on Sunday, it’s time to turn our attention to the Final Four. Odds are now out for both of next weekend’s matchups, and we’re going to break down each of them. Let’s dive in, with lines courtesy of FanDuel Sportsbook.

Make sure you head to our March Madness hub for a whole host of picks, best bets and parlays

Kansas has a ton of momentum entering the Final Four after dominating Miami in the second half of their Elite Eight game. Things weren’t quite as joyous for Villanova, as the Wildcats lost Justin Moore in heartbreaking fashion to a torn Achilles. Moore is the team’s second-leading scorer, averaging 14.8 points per game. It’s a devastating injury, and it couldn’t have come at a worse time as leading scorer Collin Gillespie is dealing with a knee injury. Gillespie still played in the Elite 8, but he appeared limited and only made one shot.

Villanova’s win over Houston was an ugly one, coming by a final score of 50-44. The Jayhawks are playing at an elite level on both ends right now. Their offense gets most of the attention, but don’t sleep on the defense. They just held a Miami offense that had been playing really well to only 50 points. In their game right before that in the Sweet 16, they held Providence to only 33.8 percent shooting from the floor. I’m leaning toward laying the points with Kansas here.

Things change fast in college basketball. When these teams played in the last game of the regular season, Duke was a double-digit favorite. Granted that was a Duke home game, but this is still a pretty big line adjustment down just to -4.5. That shows how the perception of the Tar Heels has changed during their tournament run. This is the first time these two bitter rivals have ever played in the NCAA Tournament, and they’re two of the biggest brands in all of college basketball.

That means betting volume is going to be absolutely off the charts for this game, and it’ll be very interesting to see how this point spread fluctuates throughout the week. Both teams are playing their best ball of the season. Will this be Coach K’s final game at Duke or does he get one more? I can’t wait to find out, but I don’t really have much of an opinion on this spread or the total right now.