HomeAnalysisNFL AnalysisBrees will be back in New Orleans, meaning Bridgewater is on the move

Brees will be back in New Orleans, meaning Bridgewater is on the move 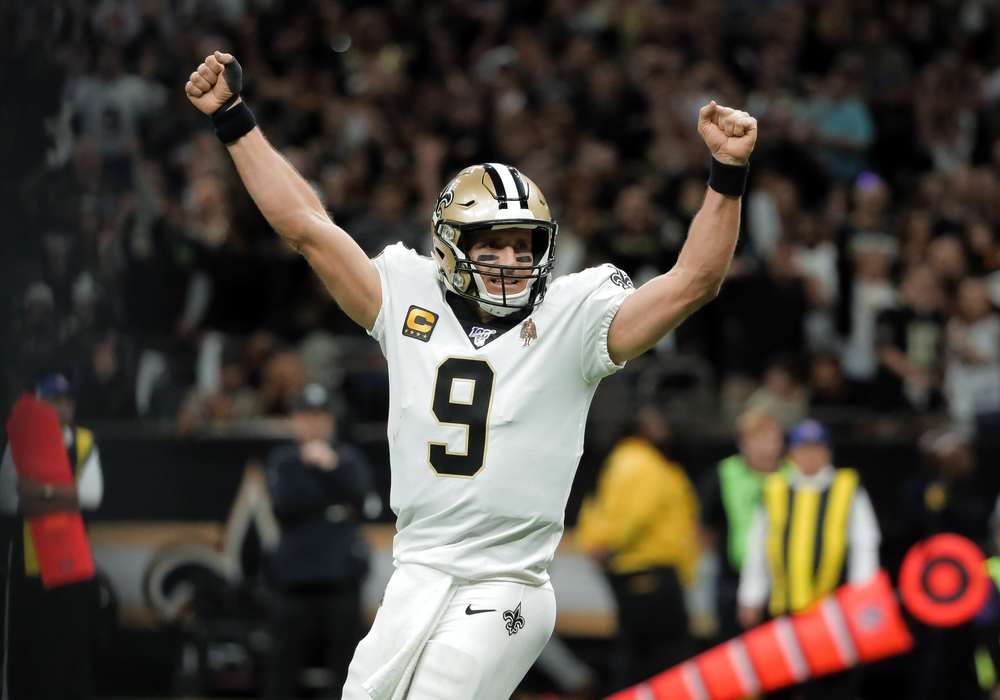 Since graduating from Davidson (The College That Stephen Curry Built), I have been writing about sports -- just about any and all you can think of! -- and coaching tennis in Atlanta, GA. Beyond the four major sports, I am an avid tennis fan and cover the ATP Tour on a daily basis. If I'm not busy writing, you can generally find me on a tennis court or traveling the world wherever a sporting event takes me.
@Dimonator133
Published: 10:43 AM ET February 19, 2020

To the surprise of no one, Drew Brees is returning to the New Orleans Saints. Brees, who can become an unrestricted free agent in March but has no interest in testing the open market, announced his decision on Tuesday via Instagram.

The 41-year-old posted the following: “I look forward to the grind and the journey, for the reward at the end will be worth it!!! Love you #WhoDatNation. Let’s make another run at it!”

Now that Brees is back, New Orleans has every reason to make that run (it is a +1200 fifth choice to win the Super Bowl). Although the 13-time Pro Bowler is on the north side of 40, it is obvious he has plenty left in the tank. Brees tossed 27 touchdown passes compared to only four interceptions this past season and he almost reached the 3,000-yard mark (2,979) despite missing five games. He has finished with at least 15 more TDs than INTs in each of the past nine years.

Not coincidentally, the Saints have been a consistent force in the NFL for more than a decade. They have compiled winning records in seven of the past 11 seasons and have never been worse than 7-9 during this stretch. On four occasions New Orleans has turned in 13-3 records. Brees led his team to a Super Bowl victory in 2009 and additional Lombardi Trophies could have been in the cards if not for back-to-back-to-back heartbreak in the NFC playoffs the last three years.

Brees should once again have plenty of help in 2020. Michael Thomas is the most productive receiver in the game, Alvin Kamara (assuming he does not hold out) is among the most explosive running backs, and the defense has been steadily improving.

Brees’ return means another quarterback will become available on the free-agent market, and it is Teddy Bridgewater. The former Louisville standout should not have any problem finding work, as a handful of teams are poised to make moves at the most important position in football. Philip Rivers and the Los Angeles Chargers have parted ways. There is at least some chance the Tom Brady era is over with the New England Patriots. Cam Newton has most likely taken his last snap with the Carolina Panthers. The same could be said for Jameis Winston and the Tampa Bay Buccaneers. The Indianapolis Colts and Tennessee Titans may not be completely sold on Jacoby Brissett and Ryan Tannehill, respectively.

Additional good news for Bridgewater is that he has made himself attractive to potential suitors. After Brees tore ligaments in his right thumb during a Week 2 setback against the Los Angeles Rams, the 27-year-old made five starts in 2019. Although he may not have set the world completely on fire, Bridgewater was solid to the tune of nine touchdowns and just two interceptions. In his third start he threw for 314 yards and four scores as New Orleans beat Tampa Bay 31-24.

The Bridgewater sweepstakes will officially begin on March 18. The Saints are thrilled to have a reason not to be participating.