HomeAnalysisNFL AnalysisRivers era over with Chargers, Tampa Bay favored to be landing spot

Rivers era over with Chargers, Tampa Bay favored to be landing spot 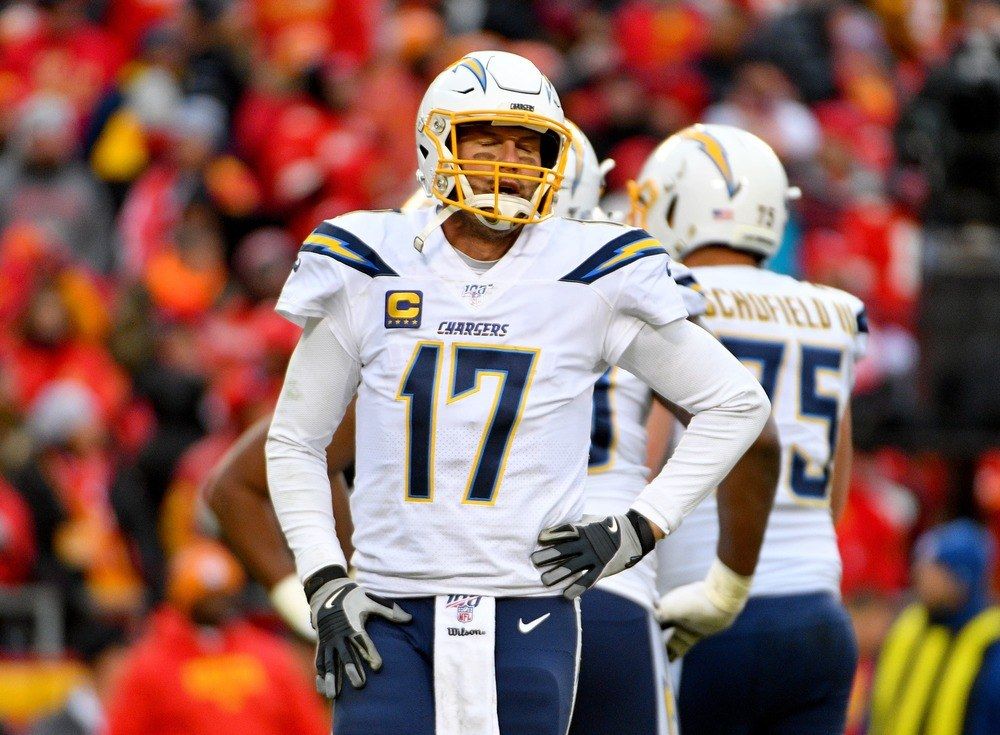 The Philip Rivers era is over with the Los Angeles Chargers following 16 seasons.

In a joint announcement earlier this week, Rivers and the Chargers confirmed that they have mutually agreed to part ways. The 38-year-old has spent his entire career with that organization after getting drafted fourth overall in 2004 and getting traded from the New York Giants to the Chargers in exchange for No. 1 pick Eli Manning. Unlike Manning, however, Rivers does not plan to call it quits this offseason.

“I do feel I have some emotional fire and passion still left,” he commented. “I know I have the passion for the game that I think is going to last my lifetime. And I think I have the ability left to go play at a high level. Some people might disagree that I can still play. But I would say I definitely can do it. I cleaned up a few of those other things, and if I’m playing consistently, I can still do it physically.”

With Rivers on the market, the bidding can begin this spring. Let’s take a look at the potential landing spots.

The Buccaneers were quick to emerge as favorites after the news broke that Rivers would leave the Chargers and enter free agency. Jameis Winston throwing his 30th interception on the final play of last season—which the Atlanta Falcons returned for a game-winning touchdown in overtime—would be a fitting end to his Tampa Bay tenure. If the Bucs decide to go in a different direction from the former No. 1 overall pick, Rivers could be head coach Bruce Arians’ guy.

While Rivers is still trucking at 38, Andrew Luck retired last summer at 29 years old. The Colts replaced him with backup Jacoby Brissett, who threw 18 touchdown passes (also rushed for four scores) while getting intercepted only six times. But he failed to reach the 3,000-yard mark in 15 games at the helm of a conservative offense and Indianapolis missed the playoffs at 7-9. It’s not like Brissett is an obvious answer under center.

New head coach Matt Rhule is likely looking for a new quarterback as it is assumed that the Panthers will finally be moving on from Cam Newton. Kyle Allen finished with only one more touchdown (17) than interception (16) this past season and Will Grier—in very limited work—was even worse (zero TDs, four INTs). Yes, this team needs a QB to help star running back Christian McCaffrey.

Rivers knows nothing about playing anywhere outside of the AFC West. So he surely would not mind staying in the area and being the first starting quarterback of the Raiders’ Las Vegas era. Head coach Jon Gruden probably wouldn’t mind, either. Derek Carr has one year left on his contract, but the Raiders would not bite too much of a bullet by either waiving him or trading him. They might do it, too, if they can get Rivers…or Tom Brady.

Without taking the actual football product into account, Miami has never been a bad destination. Throw the fact that the Dolphins are actually decent now and it has become an intriguing destination for free agents—perhaps including Rivers.

There is a massive drop-off following the top-five favorites, with the New Orleans Saints and Tennessee Titans coming in next at +2000. The Dallas Cowboys and New England Patriots are +3300.