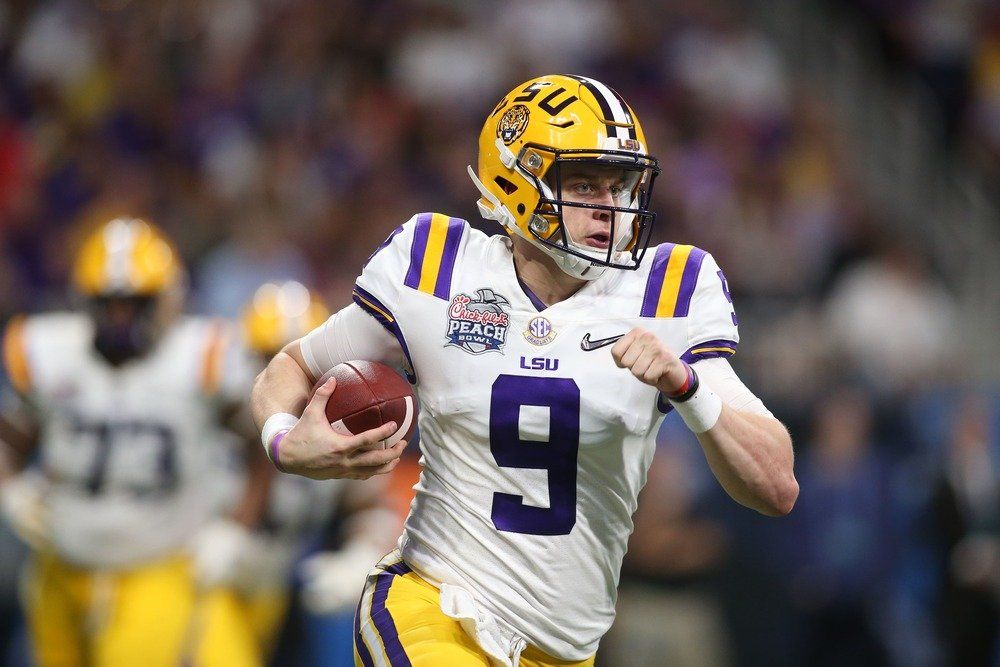 Slow news day? I’d say so. You know news is not flowing from the NFL Combine fast and furiously when the biggest story to break is about the size of Joe Burrow’s hands. That’s right; the Heisman Trophy winner’s hands were measured at nine inches during Monday’s festivities in Indianapolis.

Burrow took to Twitter following the relatively small measurement. “Considering retirement after I was informed the football will be slipping out of my tiny hands,” he joked. “Please keep me in your thoughts.”

As mentioned above, the former LSU standout is by no means the first quarterback prospect to have small hands. And, oh yeah, I forgot to mention one other guy in the nine-inch range. Patrick Mahomes of all people was measured with 9.25-inch hands coming out of Texas Tech in 2017. That did not stop him from earning NFL MVP honors in 2018 winning the Super Bowl with the Kansas City Chiefs last month.

Mahomes also treated Monday’s development as an opportunity to clown around on Twitter. He wrote to Burrow, “My small hands are doing alright so far….i believe in ya.”

Just about everyone believes in Burrow, and nine-inch hands will do nothing to diminish those hopes. The Cincinnati Bengals, who own the No. 1 pick in the 2020 NFL Draft, are expected to be among the believers. Odds are currently off as the Combine takes place, but as of last week Burrow was -3000 to go No. 1.

The size of Burrow’s hands certainly will not hurt his draft stock, and he has a chance to help himself later this week when goes through other workouts. Those include the 40-yard dash, for which the 23-year-old’s over/under time is 4.81 seconds.

Of course, nothing Burrow does in Indianapolis can possibly help as much as the past year he enjoyed with the Tigers. Arguably turning in the best-ever individual season in college football history, Burrow not only won the Heisman Trophy but also led LSU to the National Championship. He threw a ridiculous 60 touchdown passes compared to only six interceptions, completing 76.3 percent of his attempts and amassing 5.671 yards through the air. In two College Football Playoff games, Burrow delivered a laughable 956 passing yards, 12 touchdowns, and no interceptions.

Unless his hands some shrunk since his days of college dominance, they won’t be a problem in the pros.