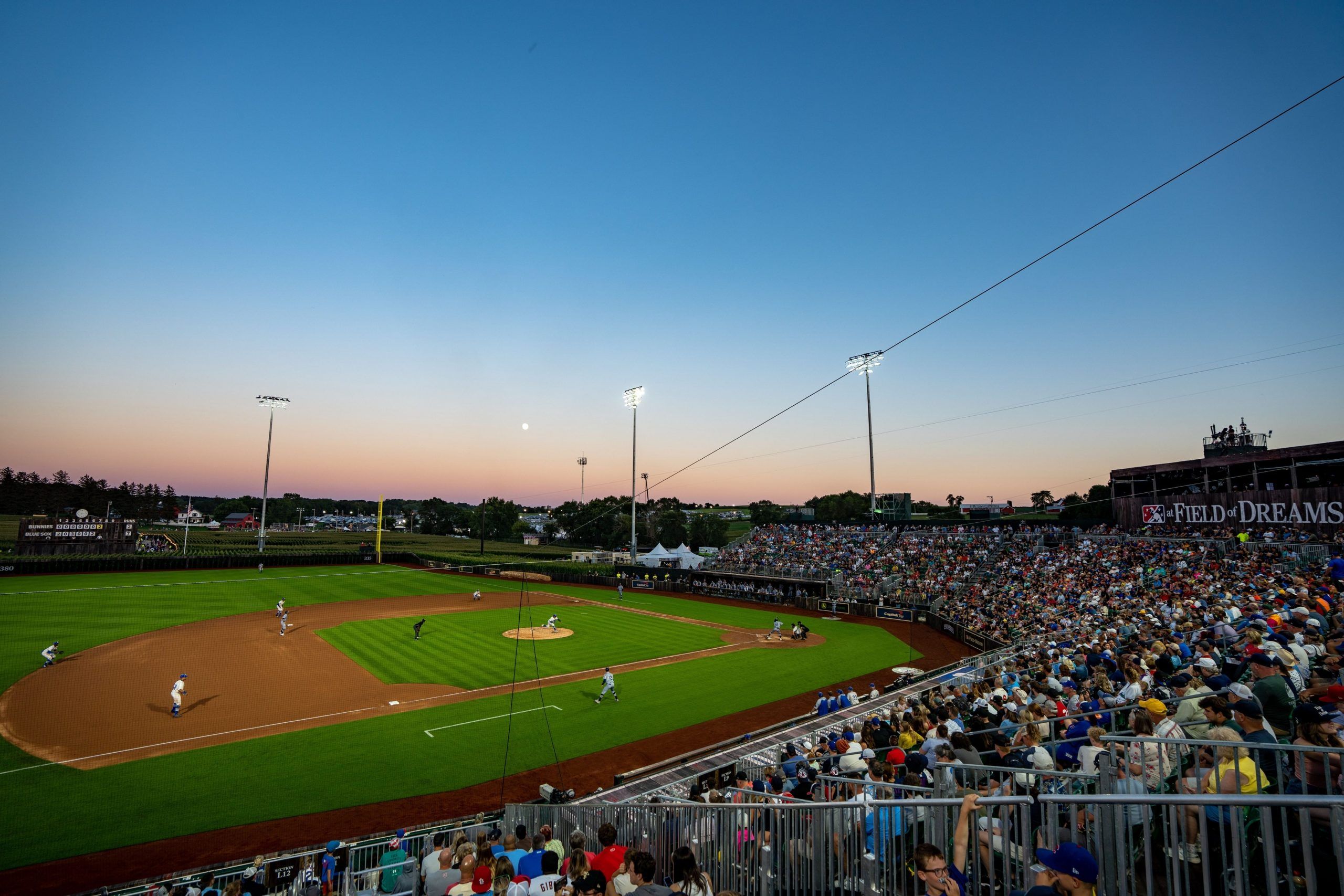 Today we’ll see the most unique MLB game of the season. The Chicago Cubs and Cincinnati Reds head to Dyersville, Iowa to contest the Field of Dreams game, live on Fox at 7:10 pm ET. It’s sure to be a special matchup, with both teams separated by a single win in the NL Central standings. Let’s take a look at the odds and our expert picks for the matchup. Make sure you also check out our MLB picks page, where we provide bets on the side and total of EVERY game!

The Reds are the designated home team in name only in this neutral site game, but there is still value in backing them as slight favorites. Chicago scored 4 runs in the 7th inning yesterday to beat the Nationals and win that series 2-1, and that is now back-to-back series wins for the Cubs. This team is beginning to build some momentum, but that could stall in Iowa.

Cincinnati just got crushed 10-2 by the Mets yesterday, and they lost all 3 games in that series by 4 runs or more. However, New York is hot right now and the Cubs aren’t at that level, and things should be a little easier for the Reds now. The Cubs will be starting pitcher Drew Smyly, who just shut out the Marlins for 6 innings in his last game, but the Reds hold the x-factor with their ace Nick Lodolo, who has been excellent lately. Lodolo has 58 strikeouts in just 43 innings, and should be able to keep the Chicago bats quiet.

The Reds have won the last 3 games that Lodolo has started, and he has given up just 4 runs across those matchups. The pitcher should be especially effective against the Cubs’ inconsistent offense, and Lodolo has all the tools to flourish at the Field of Dreams. Take the Reds to secure the victory.

Both teams have struggled on offense recently, and that could result in a low-scoring game in Dyersville. In their last 20 games combined, the under has cashed 15 times and an offensive explosion this time appears unlikely. The Reds’ lineup is depleted right now with Jonathan India playing at less than 100% and Mike Moustakas being placed on the injured list. All of this came after Cincinnati traded away Brandon Drury and Tommy Pham at the deadline. Cincy was one of the best teams for cashing overs earlier in the season, but that status has quickly waned away.

As for the Cubs, they’ve scored the 4th-fewest runs in the National League and will likely struggle to get the better of Lodolo. The size of the Field of Dreams could be a concern for the run total, but both offenses have been so lackluster recently that they are still expected to struggle. Go with the under on this one.